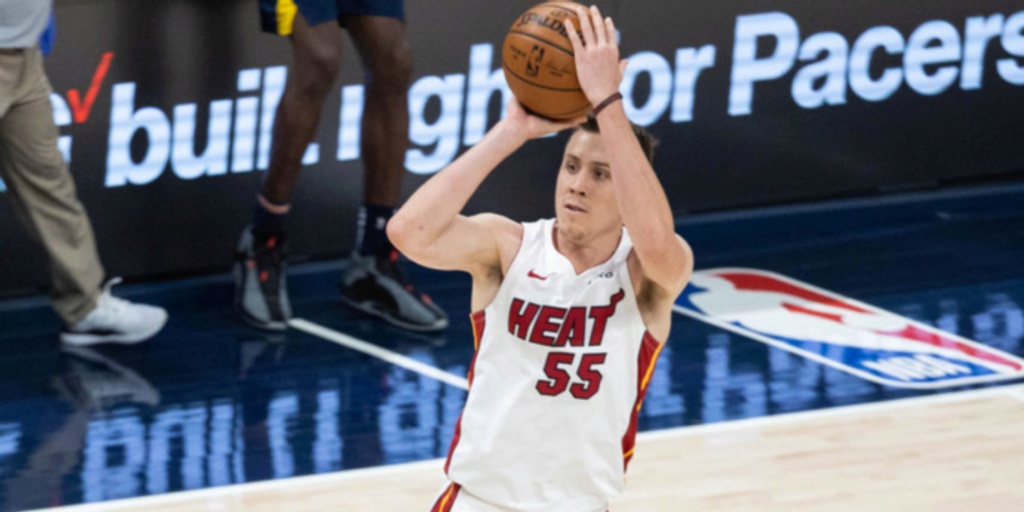 Fastest player to 500 treys in the history of basketball.

Robinson got to the mark 35 games quicker than Luka Doncic, the previous record-holder.

Duncan Robinson is the fastest EVER to 500 threes made...

The sniping Robinson poured in 20 points and hit six triples in the Heat's win in Cleveland, the team's sixth win in eight games. Despite some off nights early in the year, the 27-year-old is knocking down 40.7% of his shots from deep this season. He's made 502 in total for his career.

It's an obvious distinction when looking at the team's splits. In Heat wins, he's connected on 43.6% of his trifectas. In losses, that number dips to, though still respectable, 37.1%. It's a rather obvious statistic of "player shoots well, his team wins," but a noticeable variance nonetheless.

Another split that's noteworthy of Robinson's success is his 44.1% clip in 11 Heat games on the second night of a back-to-back.

Robinson's heating up just in time for the playoffs. Miami is currently tied with the Boston Celtics at 34-30, but the C's hold that tiebreaker, meaning the Heat are still slotted seventh and would participate in the play-in tournament if the season ended today. Luckily for them, there are still eight games left to go.

We'll see if Robinson's shooting can be a catalyst to help move Miami up the standings.