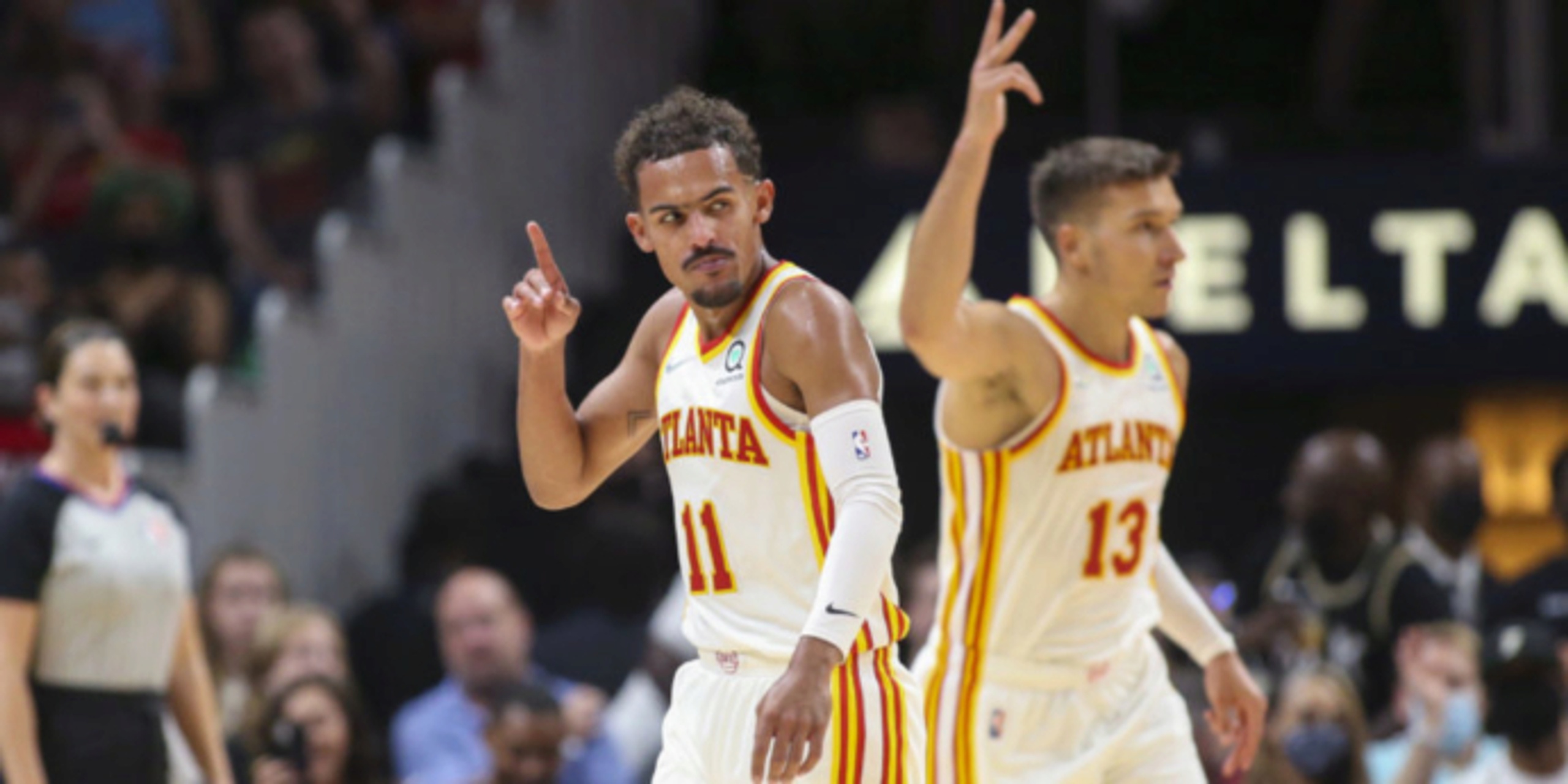 Once Nate McMillan moved over to the head coach’s chair in place of Lloyd Pierce, who was fired after a 14-20 start, the Atlanta Hawks soared the rest of the season, finishing 27-11.

With an immense amount of youthful talent spearheaded by superstar point guard Trae Young, who continues to take leaps every year of his career, Atlanta finally saw everything click together for a magical run to the Eastern Conference Finals.

There was urgency within the Hawks’ front office to have the 2020-21 season see real improvements, which included making offseason splashes with Bogdan Bogdanovic and Danilo Gallinari, and acquiring Clint Capela at the trade deadline beforehand. With the perfect blend of win-now veterans, ascending young prospects and a head coach providing accountability and structure, Atlanta’s expectations for this season are sky-high.

Although the East saw vast improvements across the board, Atlanta nestles in nicely within the middle tier. Atlanta won’t be challenging the defending champion Milwaukee Bucks or star-studded Brooklyn Nets, but there’s some potential for them to push division-rival Miami Heat to the brink for the No. 3 seed.

The Hawks are now ahead of schedule in their rebuild, and a lot of it is due to how they have built splendidly around their point guard. Young is already one of the best pure players for his position in the Association, dicing up defenses as a scorer and facilitator. The soon-to-be fourth-year lead guard has always showcased his special talents — he broke out in 2019-20, averaging 29.6 points per game — however, the wins weren’t stacking up before. It was a totally different story once the coaching change occurred. Atlanta rattled off wins thanks to its depth and starpower encompassed from Young.

Over the last two seasons, Young has emerged to true elite status in the NBA. He's averaged 27.5 points, 9.4 assists, 9.1 free throw attempts and 4.1 assists on an outstanding 59.2% True Shooting percentage. Only five players over that span joined Young, who amassed at least 27 points per game on a a 59+ TS%: Giannis Antetokounmpo, Stephen Curry, James Harden, Kyrie Irving and Damian Lillard. That’s an All-NBA, MVP-contender realm Young has thrusted himself into this early in his career. Now entering his age-24 season, Young could soon become a dark-horse contender to become an MVP, especially if the Hawks continue their sudden rise as a legitimate contender.

Outside of Young, Atlanta has done a fantastic job insulating their star’s biggest strengths on top of fielding a well-balanced rotation. Since beginning their rebuild attempt around Young, Atlanta has added all of the following players via the draft: Kevin Huerter, De’Andre Hunter, Cam Reddish, Onyeka Okungwu, Jalen Johnson and Sharife Cooper. There’s not been one miss (yet) on that list. Obviously, we need to see Johnson and Cooper on the floor, which might not happen early on with Atlanta’s depth, but Huerter and Hunter (and Reddish) have already proven themselves. On top of that, the Hawks have Okungwu, who figures to be an integral piece to the Hawks’ long-term puzzle once he recovers from labrum surgery.

Continuing to stockpile ample perimeter shooting and defensive versatility, Atlanta has the ideal archetype in place to continue realizing its upward trajectory. Young can carry a team on his own, which has been proven over the last two seasons, but how general manager Travis Schlenk has gone about building everything else around his star guard has been nothing short of fantastic.

When an organization presses all the right buttons via every acquisition avenue, success will soon follow. That’s exactly what happened with Atlanta, who now has the pillars in place to build a sustainable winner upon.

Now with a budding superstar, high-upside prospects, proven veteran pieces, a capable head coach — plus a front office willing to take risks when necessary — the Hawks aren’t going anywhere. How do they stack up for the 2021-22 campaign, though? Let’s take a peek at their projected rotation:

After McMillan took over, incredibly enough, the Hawks’ starters played zero minutes together until their deep playoff run. Even then, they only played five games together, spanning 98 total minutes due to Hunter’s meniscus tear. Looking ahead to a full 82-game slate, the results look outstanding (health permitting) because Atlanta outscored its opponents by nearly 16 points per 100 possessions with that five-man unit (113.9 ORTG, 98.0 DRTG).

The bench is loaded to the gills with proven pieces as well, which doesn’t even include Okungwu’s looming return and two first-round rookies (Johnson and Cooper), plus veteran wing Solomon Hill. Atlanta’s roster is capable of allowing every player to log minutes, which shows how well the team has done at building up their rotation. You will be hard-pressed to find many teams around the NBA who have a deeper roster than Atlanta’s, which forecasts a rosy outlook for this upcoming season.

Will the Hawks be able to build off their shocking rise, or fall back down to Earth with disappointing results? I’m betting on the former, because how the roster is built gives them ample leeway to survive the rigors of a full regular season.

The Hawks have a team capable of finishing, once again, with a top-five seed in the East. Now, with an offseason where they lost no key contributors elsewhere, all the ingredients are in place for a potential 50-win campaign.

Buy stock on the Hawks while you can — this is just the beginning for this organization returning to the ranks of contender status.