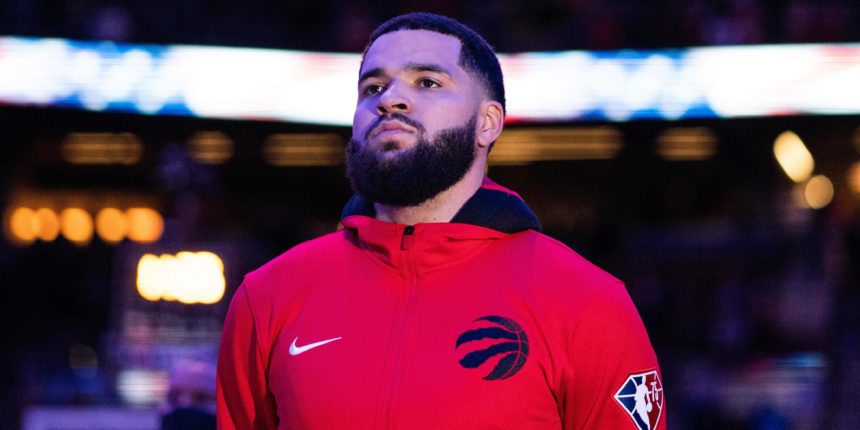 Raptors guard Fred VanVleet doesn’t worry about players who aren’t teammates anymore, or what can’t be done without them.

He just wants to win.

Finally back home in Canada after two frustrating seasons disrupted by the pandemic, the Raptors are a far cry from the star-studded team that Kawhi Leonard and Kyle Lowry helped lead to the 2019 NBA championship.

Leonard is long gone and Lowry left this summer in a sign-and-trade with Miami, but don’t tell VanVleet the Raptors can’t compete.

“The goal is to win a championship every year,” VanVleet said. “I’m certainly not going to lower my standards. I don’t care who’s on the team.”

“I’ve never really approached the season with thoughts other than trying to win and win big,” Nurse said. “There’s got to be a way.”

VanVleet, along with fellow championship holdovers Pascal Siakam and OG Anunoby, will be counted on to provide the kind of leadership that Lowry once delivered.

“We’ll try to pick up the slack that he left behind, the greatest Raptor to do it,” VanVleet said. “I read a quote the other day that said ‘There’s things that have never been done (before) done every day.’ I’m up for the challenge, I think the team is ready for the challenge. We have a young, hungry group that are looking to prove themselves.”

After missing the playoffs last season and ending up with the fourth pick in the draft, Toronto chose Florida State forward Scottie Barnes, adding another long, athletic player to a growing stable of similar talents, including Siakam and Anunoby.

“We want to go out there and have people not want to play us,” Siakam said. “That’s the energy and mindset you’ve got to have, being that team you don’t want to play against because of the length, the athleticism, the energy, all those things.”

General manager Bobby Webster understands why the Raptors aren’t considered championship contenders any more, but is happy with the way things are headed.

“We feel like the trajectory of the team is on the climb and we feel like we have some interesting pieces,” Webster said. “If one or two or three players pop, maybe we’re in a different group.”

Here are some other things to watch with the Raptors this season.

With his big talent and bubbly personality, Barnes is the newly drafted star that has grabbed the most attention during training camp. VanVleet doesn’t want anyone sleeping on second-year guard Malachi Flynn, who averaged 7.5 points in 47 games as a rookie.

“He’s more of a shot-maker than I was at that point,” VanVleet said. “When he’s got it going, he’s a really tough cover. You can’t touch him. He’s one of those Trae Young body types where any little body contact, he’ll be going to the line.”

An intriguing part of the return for Lowry was 6-foot-8 forward Precious Achiuwa, who turned 22 last month. Achiuwa played one season of college ball at Memphis and saw limited action for the Heat as a rookie, averaging 5.0 points in 61 games.

“He’s got a competitive sense about him,” Nurse said. “He just doesn’t go grab rebounds, he takes rebounds. He’s really talented. I think he’s got a really, really bright future.”

Toronto played its two home preseason games in front of half-capacity crowds but Ontario’s provincial government has relaxed restrictions, allowing the team to sell all available tickets once the regular season starts. After a season in Tampa, Florida, that’s welcome news to the Raptors, who went 23-9 at home in Toronto before the 2019-20 season was shut down.

“We always feel like we have one of the best fan bases in the league,” Webster said. “I fully expect that to be back in our pocket this year.”

Toronto plays five of its first six at home, and finishes the season with eight of 10 at home.

NEW ON THE BENCH

There’s an international flavor to the three new additions to Nurse’s staff. The first is former UCLA and NBA star Earl Watson, and the second is Canadian Nathaniel Mitchell, a former assistant in Charlotte. The final addition is Australian Trevor Gleeson, whose Perth Wildcats won five National Basketball League titles in seven seasons from 2014 to 2020.

“He’s really smart and a really good coach and he’s won a lot,” Nurse said of Gleeson. “ I like all those characteristics.”