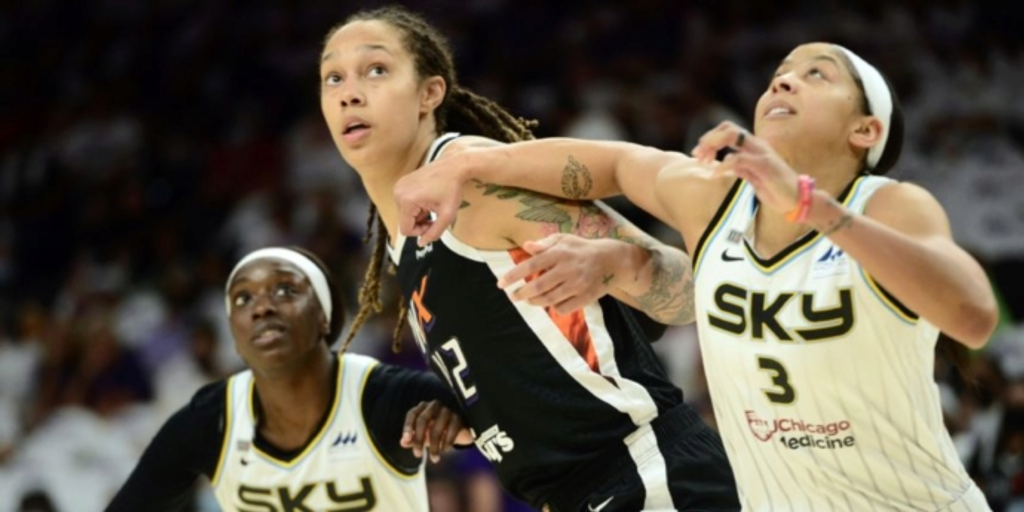 Phoenix Mercury star Brittney Griner has been detained in Russia over allegations that she was traveling with vapes and hashish oil, according to the New York Times.

Breaking News: Russian customs officials said they had detained a star American basketball player after finding hashish oil in her luggage at an airport near Moscow. The Russian news agency TASS has identified the player as Brittney Griner. https://t.co/7rJaQqNyJK

The Russian Federal Customs Service announced that Griner was detained for traveling with "narcotic substances." Griner was allegedly found to be in possession of illegal substances after an inspection of her hand luggage. Griner could face a maximum of 10 years in a Russian prison.

Griner, 31, was the first overall pick in the 2013 WNBA Draft. She has won two gold medals with the United States' Olympic teams.

"Brittney has always handled herself with the utmost professionalism during her long tenure with USA Basketball and her safety and wellbeing are our primary concerns," USA Basketball said in a statement.

The Mercury also released the following statement on Saturday: "We are aware of and are closely monitoring the situation with Brittney Griner in Russia. We remain in constant contact with her family, her representation, the WNBA and NBA. We love and support Brittney and at this time our main concern is her safety, physical and mental health, and her safe return home."

Like most WNBA players, Griner plays basketball overseas in the offseason, most recently in Russia.

WNBA players have been leaving Russia since the invasion of Ukraine began. Per a WNBA spokesperson, all WNBA players other than Griner are out of Russia and Ukraine.

“Brittney Griner has the WNBA’s full support, and our main priority is her swift and safe return to the United States.” the WNBA said in a statement on Saturday.

The WNBA Players’ Union also released a statement on Griner:

"We are aware of the situation in Russia concerning one of our members, Brittney Griner. Our utmost concern is BG's safety and well-being. On behalf of The 144, we send our love and support. We will continue to closely monitor and look forward to her return to the U.S."

- Dorothy Gentry contributed to this report