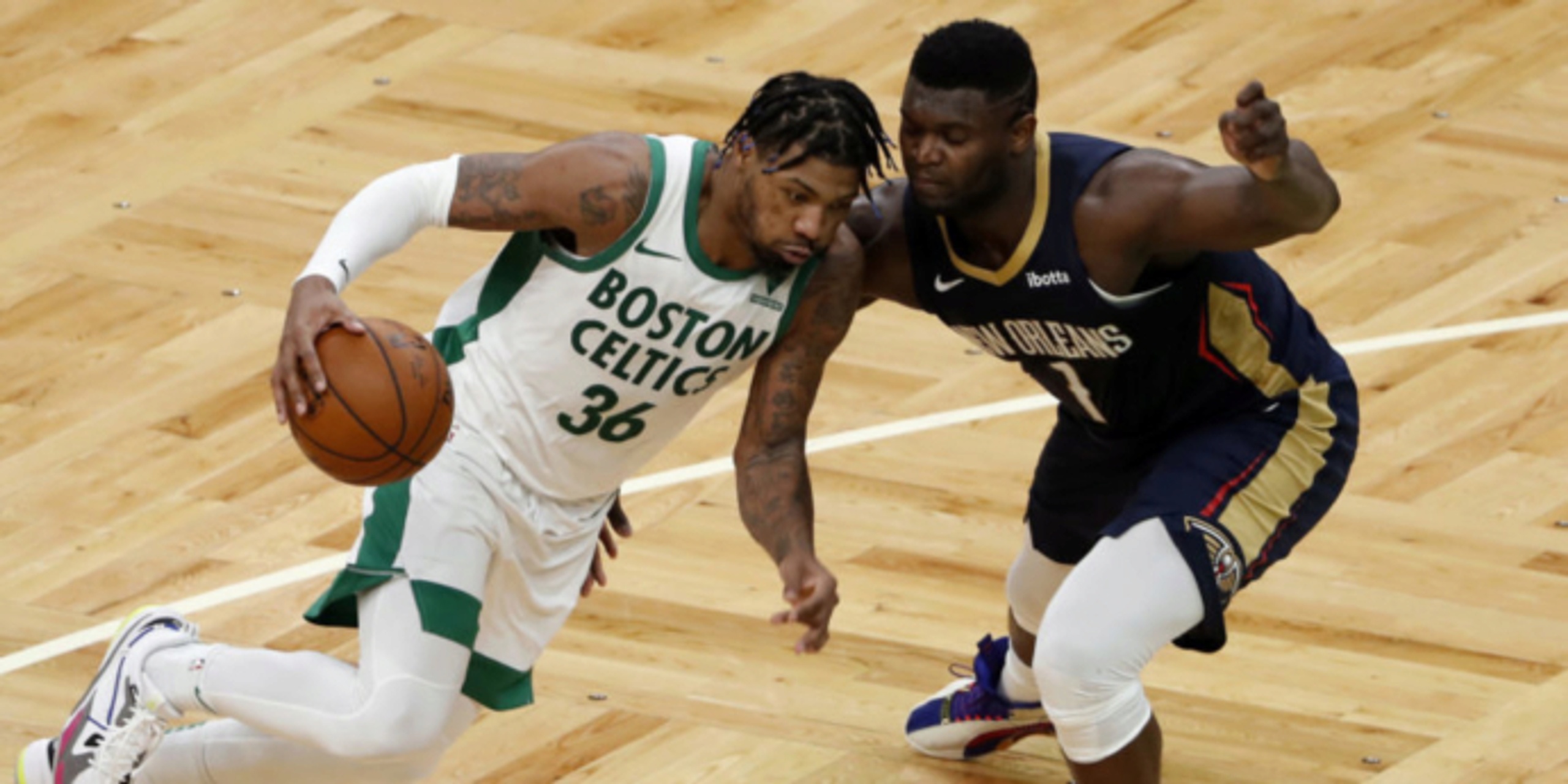 Zion Williamson sprained thumb, but should not miss extended time

Zion Williamson reportedly suffered a sprained right thumb against the Boston Celtics on Monday, but avoided any major injury.

ANALYSIS: This is a close call for Williamson and the Pelicans. Lopez says the team was concerned Williamson would be out for multiple weeks, but instead the young star should not miss much time. The 20-year-old is reaching his next level as a second-year player, averaging 26.4 points, 7.1 rebounds and 3.5 assists per game. Nekias Duncan of BasketballNews.com explained how Williamson is proving to be an impossible matchup.