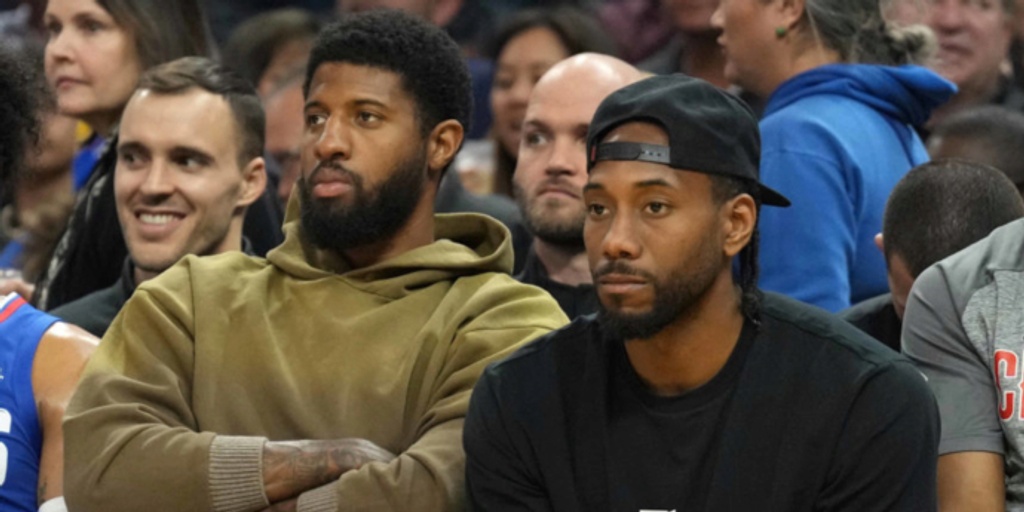 According to Adrian Wojnarowski of ESPN, it's getting increasingly realistic that Paul George could make a return to the Clippers this season. He does not share the same optimism for Kawhi Leonard because of the extent of his ACL injury.

"(George) got past the point where they felt they needed to do surgery so there’s more optimism that we’ll see him... They have not ruled out Kawhi Leonard yet this season, but we're really just eight to nine months out of an ACL injury. That's on the short end of a return”

“It’s certainly more realistic that Paul George has a chance to return. He got past the point where they felt they needed to do surgery so there’s more optimism that we’ll see him.”

ANALYSIS: It sounds like the Clippers are trying to be as cautiously optimistic as possible with both of their star wings. Reading the tea leaves, it sounds like George will be ready for a return around the end of the regular season while Kawhi would only return if the Clippers went on an extended playoff run.