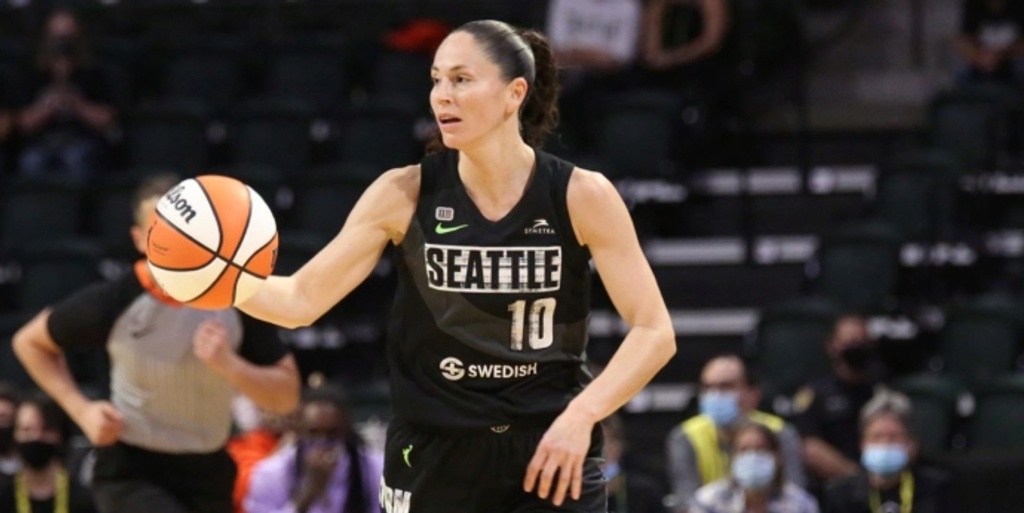 SEATTLE (AP) — Sue Bird’s eye for the court and knowledge of the game is what separates her among WNBA point guards, much to the frustration of her opponents for the past two decades.

Washington Mystics coach Mike Thibault has watched Bird up close for his entire career in the WNBA. He saw Bird, the league’s all-time assist leader, put on a vintage performance as the Storm eliminated the Mystics from the WNBA Playoffs.

“As much as I love Sue, I will be glad that she’s sitting over in the stands next year when we walk in this place,” said Thibault, the league’s all-time leader in coaching victories.

Teammates and opponents point to Bird’s mind as her strength. She’s always analyzing, thinking several steps ahead. At 41, Bird has decided this is her last season. But first, she’s aiming for her fifth WNBA title with the Storm, where she’s spent her entire career.

Bird’s skill as a coach on the court will be tested when Seattle’s best-of-five semifinal against Las Vegas starts on Sunday. Las Vegas was the best team in the league during the regular season and has become a nemesis for Bird, Breanna Stewart and the rest of the Storm.

“We have our work cut out for us,” Bird said. “They just present a lot of problems.”

The Aces won three of four matchups this season — including two in the final week — and have won five of the past six dating back to last season. Seattle beat Las Vegas for its last title in 2020 in the WNBA bubble in Florida. If the Storm are to send Bird out on top, they must find a way to solve the Aces.

Thibault and other coaches in the league know the most successful point guards have incredible vision. It’s how they view the game before taking the court and while its playing out. There are few that fit the description of “floor general” to the level of Bird.

“We talk all the time about coaches on the floor. But there really aren’t that many to be honest with you,” Thibault said. “But she is one of them because she has an innate sense of feeling the game. Like ‘OK, we’ve come down and this isn’t working, but this did.’ She can literally tell a player, ‘Go there because I know they’re going to do this.’ She has a feel and she studies the game.”

Mystics star Elena Delle Donne was ousted from the playoffs by the Storm and Bird, who scored a season-high 18 points and dished 10 assists in the 97-84 win on Sunday. In the times the duo overlapped playing internationally for the United States, she got a first-hand education.

“I’ve never felt so ready for games because of the way she was able to break things down and also simplify the game and teach it,” Delle Donne said. “It’s why Sue’s teams win. I think there’s things we can learn from Sue. It’s why she’s been so successful. It’s why all of her teams are so prepared.”

Delle Donne suggested coaching as a next step for Bird once she’s done playing. She’s not alone.

Seattle coach Noelle Quinn has seen the depth of Bird’s court vision from a unique perspective. She saw it for three seasons as a teammate, the last of which ended with the third of Bird’s four WNBA titles in 2018. She’s witnessed it the past two seasons as Bird’s coach.

“Something about these moments that made me understand why she is so great. You see her just kick a different gear mentally and physically,” Quinn said. “I’ve seen it time and time again and it always still impresses me just how she’s able to just lock in and excel in those moments.”