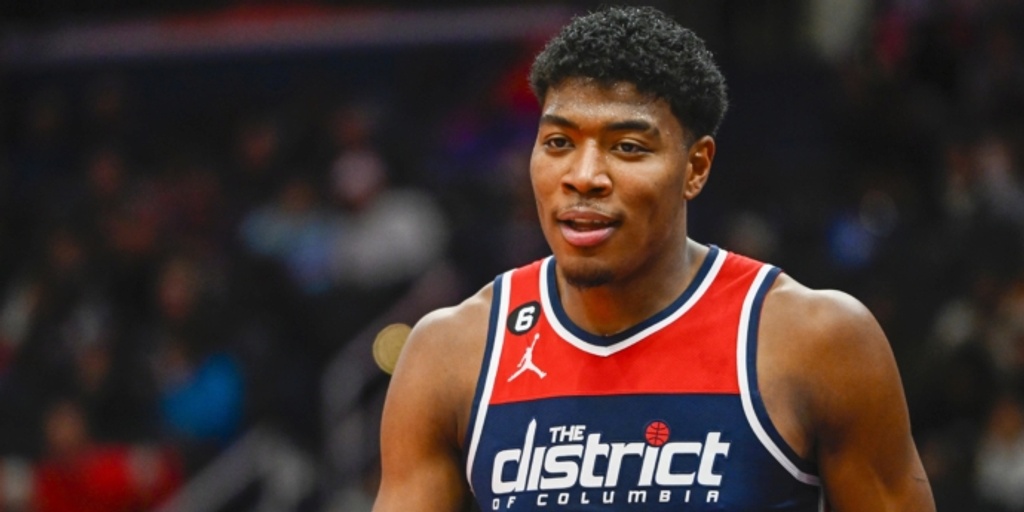 Wizards' Rui Hachimura dances around whether he wants trade

Rui Hachimura had one of his best games of the season in the Washington Wizards' win over the Orlando Magic on Saturday. The 24-year-old finished with 30 points, 5 rebounds and 2 blocks while shooting an efficient 59.1% from the field and 60.0% from three.

However, it was Hachimura's postgame press conference that turned heads last night.

Several days after The Athletic's Josh Robbins reported that the Wizards have talked with multiple teams about a potential Hachimura trade, the fourth-year forward was asked about his uncertain future in Washington.

When asked whether he wants to be traded, Hachimura smiled, raised his eyebrows and said, "I don't know."

Does he think he'll get traded? "I guess," Hachimura responded. "I mean, I don't know."

Finally, when asked if he requested a trade, Hachimura smiled and said, "No comment."

Rui Hachimura on if he wants a trade: [Raises eyebrows], “I don’t know,” [laughs].

On if he asked for a trade: “No comment [smiles].” pic.twitter.com/q8PDffLcrv

Hachimura is certainly a name to watch as the Feb. 9 trade deadline approaches.

The Wizards have also reportedly had trade conversations centered around Kyle Kuzma (and our Nekias Duncan recently broke down some possible destinations for him).