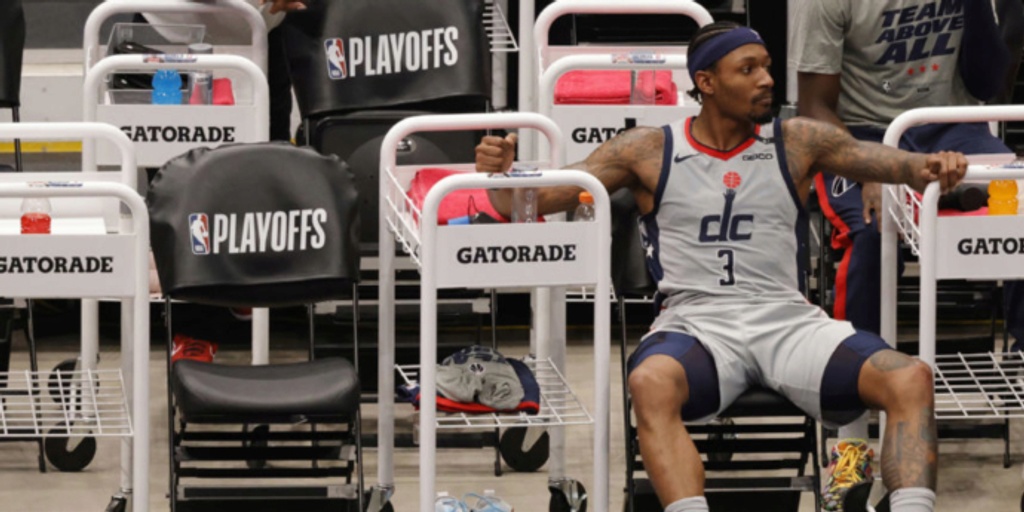 For the first time in years, the Washington Wizards have finally put a competent roster around the face of their franchise. After constantly dealing with rumors surrounding Bradley Beal’s future, who is entering the final year of his contract extension, Washington is now in a solid position to win the right way.

When Russell Westbrook worked behind the scenes to force his way to the Los Angeles Lakers leading up the 2021-22 moratorium period, many assumed that Beal would be next out the door. However, Beal has continuously showed his loyalty to the Wizards. Beal has had many opportunities to ask out, but they have come and gone with no trade request. Beal is now positioned to sign a five-year supermax extension with Washington next offseason, if he decides to stick around once more.

Wizards GM Tommy Sheppard has made a compelling case to Beal over recent weeks why he should remain their No. 1 option throughout his prime years.

The first step to the Wizards’ strong offseason revolved around shipping Westbrook to his hometown Lakers for a strong return — Kyle Kuzma, Kentavious Caldwell-Pope, Montrezl Harrell, and the No. 22 overall pick. Washington then flipped their newly-acquired first-round pick to the Indiana Pacers in exchange for backup point guard Aaron Holiday and the No. 31 overall pick. In total, they received four rotation players plus a high-upside draft swing (selecting G League Ignite forward Isaiah Todd atop the second round).

Throw in their selection of Gonzaga sharpshooter Corey Kispert at No. 15 overall, and it’s a perfect blend of NBA-readiness and upside with the Wizards’ two draft picks. It's a cherry on top of an already successful draft night since they returned great value for Westbrook.

Washington then made their strongest moves yet, executing a three-year, $62 million sign-and-trade for Spencer Dinwiddie. One of the best backcourt complements on the open market for Beal, Dinwiddie takes playmaking and scoring creation off his shoulders. During the 2019-20 season, Dinwiddie averaged 20.6 points and 6.8 assists while posting a 54% True Shooting percentage. Although Dinwiddie won’t space the floor for Beal (since he's a career 31.8% three-point shooter), he does provide necessary elements to rejuvenate Washington’s offense — efficient playmaking, strong downhill scoring around the rim and pick-and-roll wizardry. Dinwiddie’s ability to thrive within a secondary role also suits the Wizards’ style of play, allowing Beal to be the alpha and take over games whenever he pleases.

When taking an in-depth look at the Wizards’ new rotation, they all fit well within the prism of Beal’s All-NBA candidacy. Dinwiddie helps form the spine of a starting unit filled to the brim with high-IQ players. Davis Bertans, Caldwell-Pope, Kuzma and Kispert can space the floor on the wing. Rui Hachimura continues to develop into an intriguing piece for Washington’s long-term plans, averaging 13.8 points on a 54.9 True shooting percentage. Deni Avdija, the No. 9 overall pick in the 2020 draft, is developing into a 3-and-D wing who also provides playmaking chops. Daniel Gafford and Harrell will feast on opportune pick-and-roll finishes from Beal and Dinwiddie. Once Thomas Bryant returns from a torn ACL, he’s another big who can add more scoring punch.

In totality, the Wizards are a team that’s finding much-needed balance around its 28-year-old superstar, who averaged a career-high 31.3 points per game last season. Now with a roster that can go 10-12 players deep, Washington can make a compelling case to Beal for signing another max extension next offseason.

If the retooling around Beal doesn’t go well, and Washington is left empty-handed during the 2022 offseason, there are still building blocks to put together a playoff contender. Dinwiddie, Hachimura, Bertans, Avdija, Kuzma and Gafford is a compelling nucleus of talent. Obviously it would be much better with Beal around, but it’s not a completely hopeless scenario for the Wizards.

After making the play-in tournament and becoming the Eastern Conference’s No. 8 seed last season, Washington had one member of their superstar backcourt depart. In the end, the Wizards might be better off because of it. Now, armed with endless amounts of shooters, versatile defenders, playmakers, and high-upside players, Washington’s balance as a team in the win-now window with fascinating young prospects is complete.

I also wouldn’t rule out Washington as a sneaky team to eventually make an aggressive move for a star-caliber player, if the urgency with Beal reaches another level down the line. Washington now has the right blend of mid-tier players on solid contracts and tantalizing young prospects to intrigue teams in future trade negotiations.

Kudos to the Wizards. This roster is perfectly built to highlight Beal’s strengths as one of the Association’s best three-level scorers moving forward.

Washington has made the necessary moves and now it's up to Beal to decide whether he wants to lead this new Wizards team as their face of the franchise past the 2021-22 season.