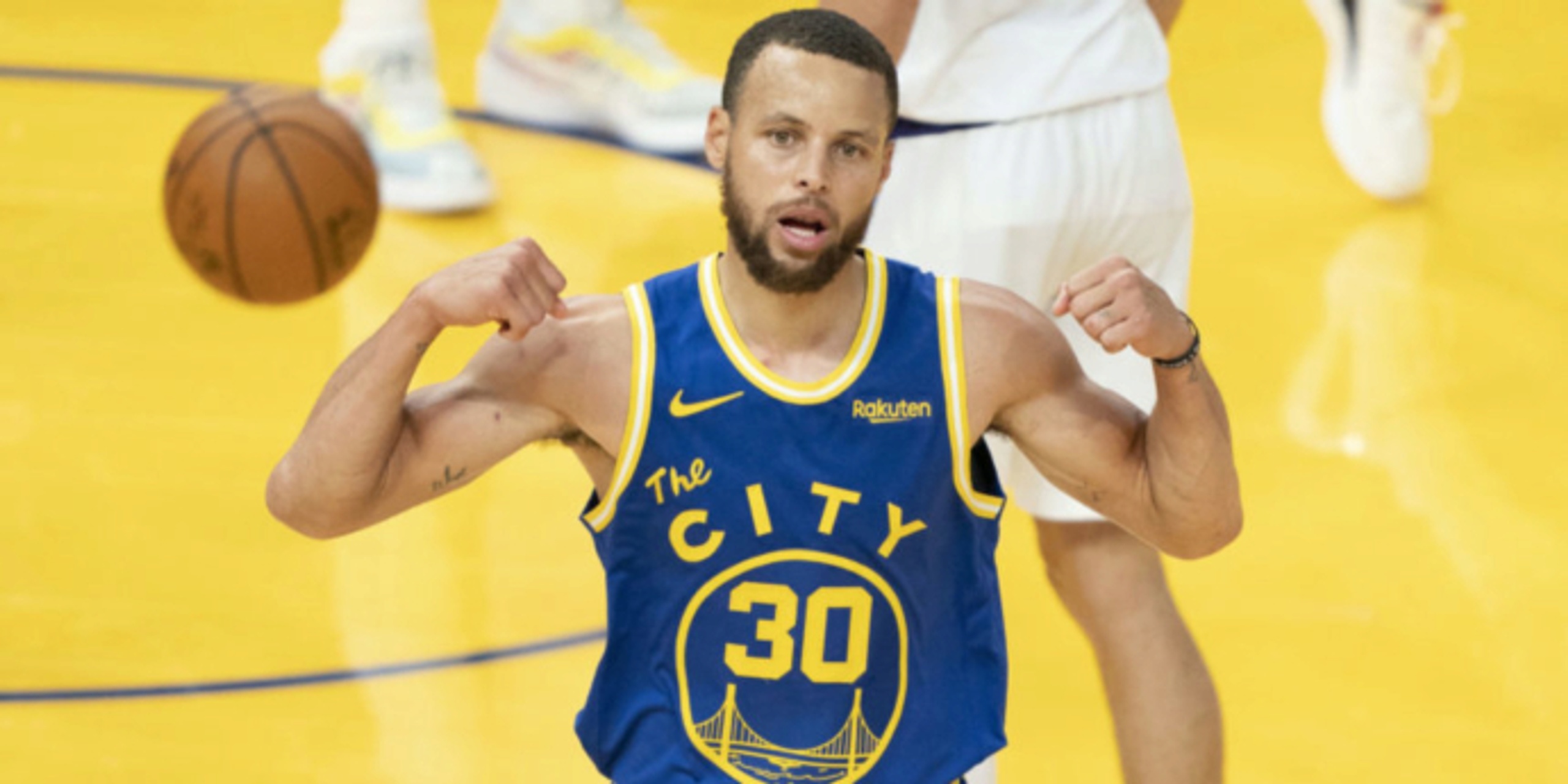 Will the Warriors return to the Western Conference's top tier?

The Golden State Warriors are back.

After two years outside of the playoffs, the sleeping giant is about to wake up. And watch out, because this team in the Bay has scary potential, even though their three stars (Stephen Curry, Klay Thompson and Draymond Green) are all on the wrong side of 30 at this point. After signing Curry to a four-year, $215 extension this offseason, the Warriors' championship window remains wide open.

Let's not forget how potent the Warriors are at full strength. They made five-straight NBA Finals appearances from 2015-2019, resulting in three championships. Golden State's spaced-out offense changed the NBA forever, as teams tried their best to copy them following their historic success. However, no team has come close to the Warriors’ greatness.

Unfortunately, basketball fans have been robbed of Golden State’s continued run of excellence with Klay Thompson missing the last two seasons in their entirety due to an ACL tear suffered in the 2019 Finals, then a torn Achilles in November of 2020. Two years of Thompson’s prime were taken away, but with his return now imminent, his two-way brilliance will give the Warriors a much-needed boost as they attempt to return to the Western Conference’s upper echelon.

Golden State will once again be led by the "Splash Brothers" and, assuming Thompson returns to form, the Warriors should have one of the best backcourts in the league. Last season, Curry averaged a career-high 32.0 points as the Warriors failed to reach the playoffs for a second-straight season largely due to Thompson missing time. Now, Curry’s three-level scoring dominance should continue and defenses won't be able to zero in on him quite as easily. Last season, Curry attempted a career-high 21.7 field goals and 12.7 three-pointers per game since he didn't have much help offensively.

Golden State is trying to walk a tightrope between going all-in on pursuing a championship (potentially for the last time) and setting themselves up for future success with the high picks they've had at their disposal recently. The trio of Curry, Thompson and Green isn’t going anywhere, but the arrival of four first-round prospects adds even more intrigue entering the 2021-22 season.

James Wiseman, Jonathan Kuminga, Moses Moody and Jordan Poole will all play a crucial role for the Warriors down the road, but also in the immediate future if they want to make a deep playoff run. Playing in the Warriors’ system and learning from the veterans should only help their long-term development.

Poole is the most experienced of the quartet, and he has already made a huge leap developmentally. In only 19.4 minutes per game last season, Poole averaged 12.0 points on a 58.1 True Shooting percentage. Extrapolate those numbers on a per-36-minute basis (22.3 points) and the former 28th-overall pick already looks the part of a microwave scorer who's capable of creating buckets with ease.

Wiseman had an up-and-down rookie season after being selected No. 2 overall in the 2020 NBA Draft. Wiseman began to create synergy with Curry as head coach Steve Kerr opened up the playbook to run more simple pick-and-roll concepts. However, Wiseman suffered a torn meniscus in the middle of Golden State’s playoff push.

With two lottery picks in this year’s draft (No. 7 and No. 14 overall), Golden State added two extremely high-upside prospects into their system: Kuminga and Moody. After forgoing college for the G League Ignite route, Kuminga flashes tantalizing two-way potential as a modern wing who can create for himself while holding his own on the other end. In NBA Summer League action, Kuminga is showing why he was talked about as a potential No. 1 overall pick entering the 2020-21 campaign, averaging 17.3 points, 5.7 rebounds, 1.7 steals and 1.3 threes.

Meanwhile, Moody’s 7-foot-1 wingspan (at just under 6-foot-5) and sharpshooting equity will allow him to immediately step into a 15-20-minute-per-game role in Golden State’s rotation.

With an interesting blend of young prospects and battled-tested veterans, where do the Warriors stack up in the loaded Western Conference? Assessing their current rotation, it’s going to be interesting how Coach Kerr distributes the minutes.

With 13 players potentially deserving of minutes on opening night, it’s going to be a true juggling act for Kerr early on. Should he sit some of these veterans who have contributed over the last few years or move slowly with rookies like Kuminga and Moody?

Golden State’s roster didn’t lose much at all. Honestly, they improved all-around even when adding two rookies to the equation. Porter Jr. and Iguodala are instant contributors off their bench. Kelly Oubre Jr. didn’t fit the Warriors’ system, but these two wings certainly do. Porter Jr. can provide excellent spacing as a three-point marksman, while Iguodala’s previous experience in Golden State will matter in playoff situations. Also, having Iguodala as a mentor for Kuminga and Moody is excellent.

It’s fair to peg the Warriors into the Western Conference's top tier. The Los Angeles Lakers brought in Russell Westbrook and plenty of floor-spacers to make his transition easier. The Phoenix Suns aren't going anywhere, running it back with their core while acquiring win-now role players for their second unit in Landry Shamet and JaVale McGee. The Utah Jazz will also continue to be a powerhouse, not losing any key pieces while adding Rudy Gay and second-round pick Jared Butler as scoring punches off their bench. Health-permitting, Golden State belongs alongside those three teams.

Once you get past the Lakers, Suns, Jazz and Warriors, there could be a drop-off in terms of staying power atop the conference. Don’t rule out another leap from Luka Doncic, but do the Dallas Mavericks have enough around him to contend? Injuries to Kawhi Leonard and Jamal Murray have dampened expectations early on for the Los Angeles Clippers and Denver Nuggets.

As we’ve learned throughout the Warriors’ dominant run, you can never count out Curry. With him leading the way once again, now finally flanked by a healthy Thompson, Golden State’s strong rotation should allow them to stay within striking distance among the Western Conference’s elite. If all goes well for the Warriors, returning to the NBA Finals for the sixth time in eight seasons is a possibility.

In the meantime, keep an eye on how exactly these pieces all fit together. With Andrew Wiggins’ bloated contract still on their books, plus intriguing young assets, Golden State could attempt to add another star. Imagine how scary the Warriors would be if they added a Bradley Beal, Damian Lillard or Pascal Siakam to their already-deep rotation?

Golden State has all the firepower to make another run in 2021-22. The question is: Will they return to juggernaut status or be stuck in the middle of the pack?