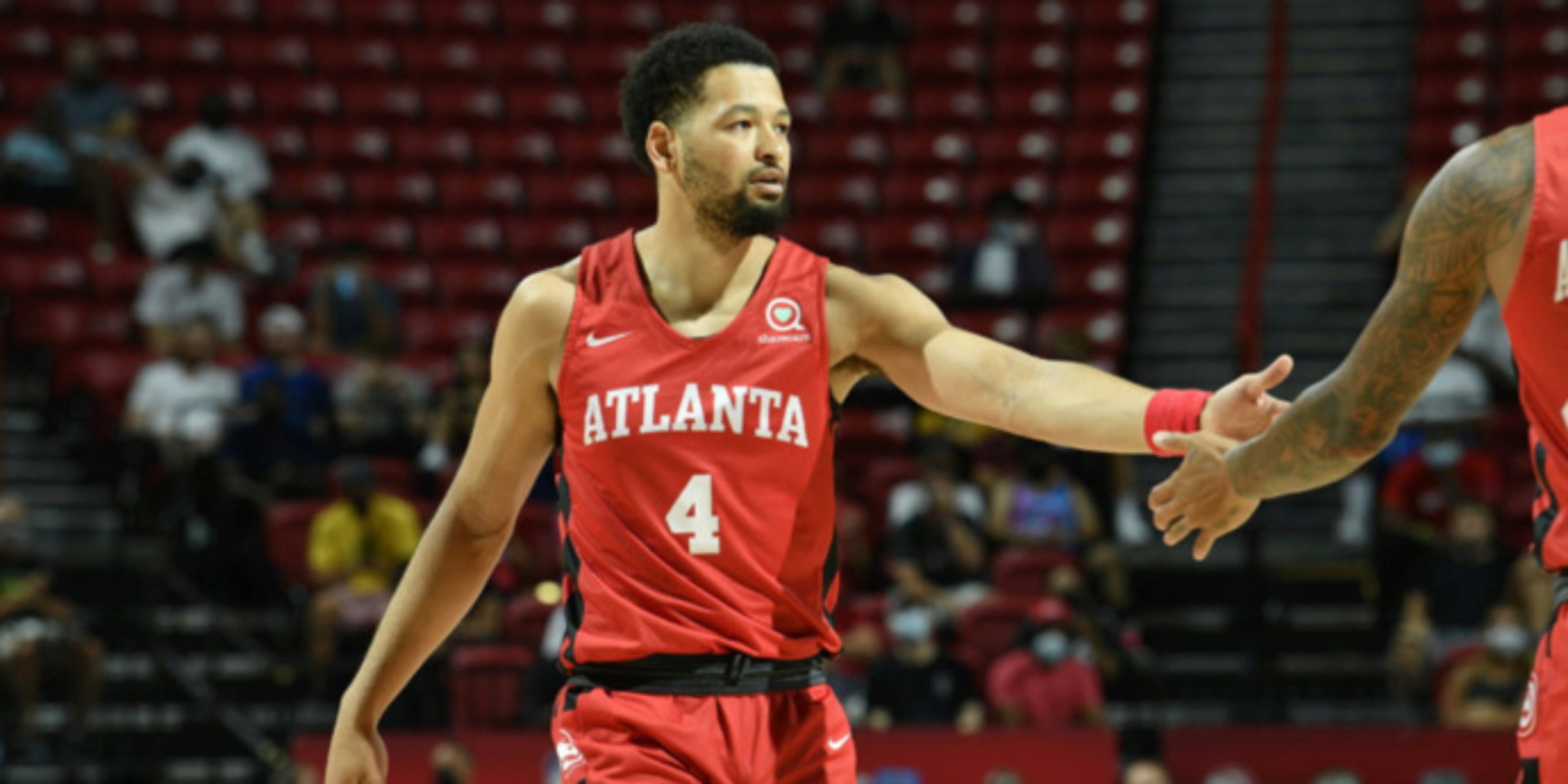 Studs and duds from the seventh day of NBA Summer League

Seven days into NBA Summer League, we continue to see young talents and NBA hopefuls make names for themselves in Las Vegas.

More and more teams are shutting down their top prospects due to rest or minor injuries. That means others are getting the chance to shine in featured roles. Only one or two games remain on the schedule for each team, so players have just a few more opportunities to make an impression before training camp.

As always, here are my individual observations from Saturday's slate.

No. 26 pick Nah'Shon Hyland drops 28 PTS (5 3PM) to lead the @nuggets to their first win of #NBASummer! pic.twitter.com/Sh9Gd6bU8T

The No. 26 overall pick had his breakout summer-league game in an 89-85 overtime victory over the Dallas Mavericks. Hyland is an absolute microwave, with a solid handle and an ability to get into his shot form quickly. Though he struggled finishing at the rim early, Hyland showed he could get defenders on his hip, get low and blow by them, and use his length to get to the backboard. When he gets hot, his confidence is extremely fun to watch.

Mays relentlessly attacked the basket and made his 6-foot-4, 205-pound frame feel like a freight train. The 23-year-old helped the Hawks get back into the game in the second quarter and led them to a 94-90 victory. In the absence of Sharife Cooper, he served as the floor general and had an excellent rapport with Jalen Johnson. Mays also did a great job of getting into passing lanes and pressuring the ball as a defender.

Jalen Johnson corner 3 then shows the on ball defense, forcing the miss from Okpala pic.twitter.com/aNnQx5vHW1

Johnson looked smooth as silk in this contest, splashing face-up attempts and catch-and-shoot threes. He facilitated a really neat play to end the half for Atlanta; Johnson held the ball at the top of the key as Skylar Mays ran behind him, drawing defenders, and then Johnson hit Admiral Schofield off a flare screen for a three-pointer. Of course, the No. 20 overall selection also served as a highlight-reel lob threat.

Scottie Barnes showed out with 23 PTS against the Hornets ♨️#NBASummer pic.twitter.com/6NQ5VGTpL9

Barnes' defense was awesome. He legitimately guarded 1-through-5 with success, clamping opponents from James Bouknight to Kai Jones. On offense, the fourth overall pick detonated in transition to propel him to those 23 points. But Barnes also took guys off the dribble and finished acrobatically at the rim. He still needs to find a rhythm mid-range shot, but Barnes already contributes in so many areas for Toronto.

Quentin Grimes led the team with 28 points, but I thought McBride was the best and most impressive player on the court in New York's 103-94 victory over Cleveland. The second-round guard took on more of a lead role with Immanuel Quickley out. Though he gave up four turnovers, McBride was fearless as a passer and creator. He frequently pulled up for long two-pointers and threes, which is a critical area to watch for him as a scoring guard. And McBride's hounding defense was present as always.

Thursday's 100-80 loss to the Celtics was partially frustrating because the Sixers, despite sitting Tyrese Maxey, scarcely gave Springer time on the ball. They instead went with Isaiah Joe and Frank Mason as the lead guards. Springer had to do most of his work off movement and off the catch, and was unsuccessful. He also continues to struggle with gaining separation, though he has been adept at finding pockets in the defense.

Like Springer, Maledon was held back due to a cold touch and lack of burst. He still facilitated well as the point guard for OKC, but missed a few attempts at the rim as well as all of his three-point attempts. The 20-year-old is 7-for-25 from deep in summer league, but five of those makes came in a single game. He canned 33.5% of his long-range looks as a rookie.

Richards came in for Vernon Carey Jr. and played 24 minutes for Charlotte. But the seven-footer was ineffective as an interior presence. He missed some easy buckets inside and was lost when Toronto pushed the pace late in the game. It was a strange fit with fellow paint finisher Kai Jones, and the two did not mesh particularly well.