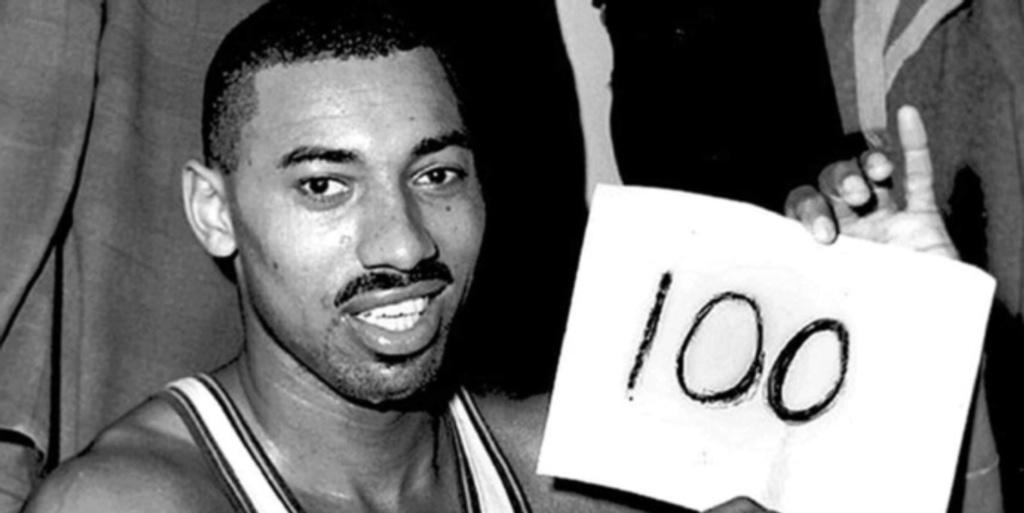 Will anyone top Wilt Chamberlain's 100 points? NBA stars weigh in

On March 2, 1962, Wilt Chamberlain put together arguably the greatest performance in NBA history, scoring 100 points in the Philadelphia Warriors’ 169–147 win over the New York Knicks. The game wasn’t televised, and only 4,124 people were in attendance.

Chamberlain has a number of NBA records that are seemingly unbreakable; in addition to the single-game scoring record, he once averaged a ridiculous 27.2 rebounds per game in the 1960-61 season and played 48.5 minutes per game during the 1961-62 campaign.

To celebrate Wilt’s historic 100-point outing, Sarah Kustok hosted a special episode of "NBA Flashback" — a podcast co-produced by iHeart and the NBA that revisits some of the best moments in league history.

Kustok had access to exclusive content from the NBA vault (including old interviews with Wilt) and NBA Entertainment team. The episode features soundbytes from a number of current NBA players about Chamberlain’s 100-point game and whether we’ll ever see another performance like it.

Some of today’s best scorers believe that Wilt’s record is safe.

“That record will never be broken,” Klay Thompson said on NBA Flashback. “I think I had a shot at it back in 2016, you know 60 [points] in 29 minutes, but that is still 40 points away! That is incredible! That means I had to play the rest of the game and go for 40! It is hard to even process how he did that. He was facing double and triple teams. Wilt Chamberlain is a timeless talent; he could play in any era, and be the best athlete on the floor.”

“Do I think we’ll ever see someone score 100 points again? No,” Anthony Davis said. “Just because it’s so competitive now that guys won’t allow that to happen. You might have 98, and guys won’t allow you to score 100. Guys feel [like] that when you get 50!”

Others could see it happening if a great scorer gets hot enough.

On the latest episode of “The Alex Kennedy Podcast,” Kustok joined me to discuss Chamberlain's 100-point game, how Wilt would fare in today's NBA, other notable guests she's had on "NBA Flashback," the new-look Brooklyn Nets and much more.

Be sure to listen to this week’s episode of "NBA Flashback" that celebrates Wilt.