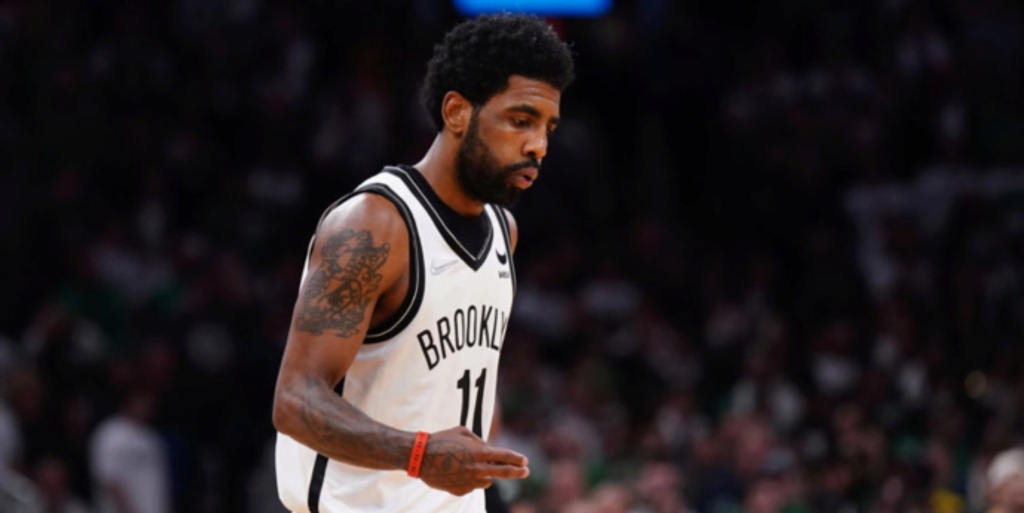 Why the Nets should part ways with Kyrie Irving

Nobody in the league has a better handle, and he probably possesses the best layup package of all-time. He hit one of the biggest and most memorable shots in NBA history. Irving has earned a spot on the All-NBA team three times in his career. He'll presumably be inducted into the Hall of Fame five years after hanging up his Nikes.

Earlier this year, Portland Trail Blazers head coach and former NBA Finals MVP Chauncey Billups called Irving the "the most skilled player" ever to play the point guard position. Last month, following a 60-point explosion from Irving in a victory over Orlando, Knicks shooting guard Evan Fournier tweeted, "Kyrie really the most skilled player ever." The next day, Kendrick Perkins, a former player and current NBA analyst, concurred with Fournier, declaring, "no disrespect to Michael Jordan… but Kyrie is the most skilled player to ever play the game."

So, when Irving exercises his player option this summer and becomes an unrestricted free agent, the Nets should immediately offer him a max contract and hope he signs it, right?

Make no mistake, as the aforementioned stats demonstrate, Irving is deserving of a lucrative contract based on his ability. However, the issue is that he's often been either unable or unwilling to step onto the court and prove his worth.

Since signing a $136.5 million contract with the Nets in 2019, Irving has appeared in just 103 of 216 (47%) regular-season games, including only 29 of 82 this past season. During this three-season span, he's missed games due to injuries to his left hamstring, ankle, right shoulder, groin, right knee, quad, left hip, back and left thigh. He also famously sat out most of this past season after refusing to get vaccinated against COVID-19 and, in January of 2021, missed two weeks during an unauthorized leave of absence reportedly due to trauma caused by "the attack on the U.S. Capitol in Washington by supporters of President Donald Trump."

"I felt like I was letting the team down at a point when I wasn't able to play...it became a distraction at times"

Kyrie Irving talks about the challenges the Nets faced this season pic.twitter.com/e4y702Miyy

Kyrie has appeared in more than 60 games just once over the last five seasons. He's averaged fewer than 51 games played per season in the previous seven years.

That was during the heart of his prime. Irving now finds himself on the wrong side of 30.

Even more troublesome, in recent years, Irving's presence has not resulted in postseason success. In the summer of 2017, when Irving was a teammate of LeBron James in Cleveland, a team that reached the Finals in each of the prior three seasons, Kyrie demanded to be traded.

Here's a look at how each of Irving's seasons have ended after Cleveland shipped him to Boston that August:

This summer, Irving has a decision to make. He has a player option worth $35,328,700 for the 2022-23 campaign. If Irving declines his option, he would be eligible to sign a new five-year deal with Brooklyn worth up to $248 million.

After the Nets' season-ending loss to Boston in Game 4 on Monday night, Irving bombastically declared he planned to remain in Brooklyn for the long haul. "I don't really plan on going anywhere," Irving said. "When I say I'm here with [Kevin Durant], I think that it really entails us managing this franchise together alongside Joe [Tsai] and Sean [Marks]."

Last month, the NBA informed franchises that the projected salary cap for the 2022–23 season would be $122 million, according to a report from The Athletic. Under the CBA, because Irving has 10+ years of NBA experience, the Nets can offer him a max contract starting at 35% of the cap and can include 8% raises each year for up to five years.

Here's an annual breakdown of the five-year max pact Irving is eligible to ink:

It's obvious why Kyrie would prefer to stay put, but would re-signing Irving to a max deal be in Brooklyn's best interest?

This past season, owner Joe Tsai spent $266 million in salary and luxury tax payments, which was the second-highest amount in league history. The Nets don't have a single playoff win to show for it.

Despite his abundant talent, Irving was a major factor in Brooklyn's disappointing performance this year. Prior to the start of the season, when Irving informed the front office that he was refusing to get vaccinated, Nets management banished him from the practice facility and team premises.

At the time, general manager Sean Marks declared, "We're not looking for partners that are going to be half-time." Owner Joe Tsai said the Nets needed the entire roster "pulling the same direction."

Although the Nets 2021-22 campaign will go down as one of the most disappointing seasons in NBA history, Brooklyn actually got off to a fantastic start despite Irving's non-compliance with New York City's vaccine mandate. Powered by MVP-caliber play from Kevin Durant, the Nets posted a .724 winning percentage over the season's first two months. On December 18th, which was the day the Nets announced that Irving would be welcomed back to the club, Brooklyn was 21-9 and owners of the best record in the Eastern Conference. Following Irving's return, the Nets struggled mightily, posting a 23-29 record (.442 winning percentage) over the final three months of the regular season.

Late in the year, with Brooklyn in danger of slipping out of the playoffs and the play-in tournament altogether, head coach Steve Nash was forced to lean heavily on Durant as soon as KD returned from his knee injury. Over the final 15 games of the regular season, Durant logged more total minutes (588) than any player in the NBA, averaging a whopping 39.2 minutes a night.

Durant averaged a league-high 44 minutes per game in the postseason.

In Brooklyn's embarrassing defeat to Boston in the first round, Irving averaged just 15.3 points while shooting a putrid 37% from the floor and a frigid 18% from downtown over the final three games of the series. Irving was, at best, the fifth-best/most impactful player in the series.

In some respects, this two-second clip sums up Irving's and the Nets' season:

1.4 seconds left in the half. Plenty of time to take a dribble and get up a heave from half court.

In what is, quite literally, a must-win game for his team. Where every point is crucial.

And Kyrie Irving decides not to even attempt a shot.

Based on how the last three games, three weeks, three months and three years have played out, do the Nets want to remain in a long-term partnership with this man? Do they want to pony up $250 million for the privilege to do so?

Because the Nets are over the salary cap even without Irving on the books, letting him go for nothing would be nonsensical. However, working out a sign-and-trade would likely lead to a better allocation of the team's assets.

Considering the current construction of the Nets roster around Durant (and the team's lack of depth), might it make more sense for Brooklyn to pursue a defensive-minded, pass-first point guard to play alongside KD, Joe Harris, Ben Simmons, etc.? One which is far more affordable than Irving?

It's worth noting that over Games 2 and Game 3 vs. Boston, Brown scored nearly twice as many points as Irving (49 vs. 26, respectively) and grabbed six more rebounds. Brown is also a far superior defender and five years younger. Not to mention he's not nearly as much of a distraction.

Even though they are capped out, Brooklyn has a trade exception worth $11.3 million to utilize and will be able to spend their mid-level exception in free agency.

Tyus Jones, who again led the NBA in assist-to-turnover ratio this season, will be a free agent this summer. Gary Payton II is also set to hit the open market.

If Irving were open to a sign-and-trade, Brooklyn wouldn't necessarily have to get a point guard back in such a deal. Sean Marks and company could simply move Irving for the best packable available, whether that be a combination of players or draft capital.

The big "if" is whether Irving would agree to such a scenario. Could he be convinced that his relationship with Brooklyn has run its course and that breaking up is best for both parties? Would Durant co-sign such a decision?

If Irving refuses a sign-and-trade, the Nets have to play hardball in negotiations. Agreeing to commit $200+ million to a player as injury-prone and untrustworthy as Irving would be organizational malpractice. Brooklyn should only guarantee a fraction of Irving's salary and should include as many incentives as possible (such as 65+ games played per season, etc.)

Ultimately, attempting to predict future decisions from Kyrie Irving, a man who once proclaimed the earth was flat and later forfeited $17 million because he refused to get a shot in his arm, is a fool's errand.

One thing is certain: It will be fascinating to see how this all plays out.