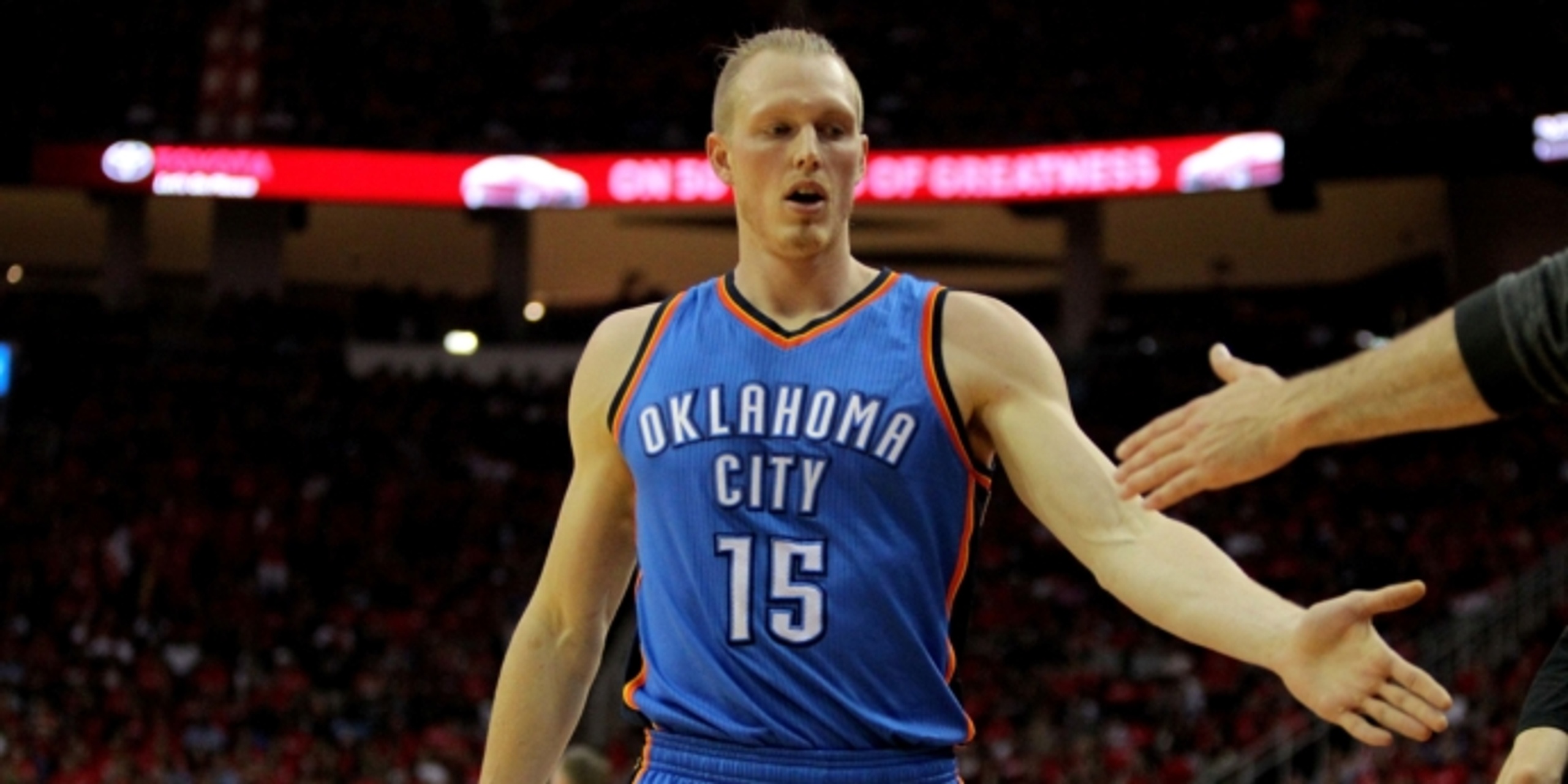 Which NBA teams hold dead money contracts for the 2022-23 season?

Last year, the Detroit Pistons' highest-paid player was not a member of their active roster: Blake Griffin. This offseason, the Oklahoma City Thunder will come close to matching the achievement.

OKC is slated to pay Kemba Walker just over $27 million in 2022-23, which is just a smidge less than the $29,750,000 they'll shell out to Shai Gilgeous-Alexander. Walker has never (and likely will never) suit up for the Thunder after they bought his contract out last summer.

Walker's deal remains on the books, though, in the form of "dead money," a terminology for one of the more uncommon scenarios in NBA roster management.

When an NBA franchise negotiates a buyout with a player whose contract is not up, they're still on the hook for any guaranteed money remaining. Teams have two options: Continue to honor the contract over its original duration, or use the Stretch Provision.

The Stretch Provision is what it sounds like; the released player has his salary "stretched" to be paid in smaller increments over a longer period — specifically, twice the number of years remaining on the contract, plus an additional year (here's a great explainer on the provision inside of our free agency glossary). Remember the monster salaries handed out in 2016 and 2017 free agency? Some of those players were waived and stretched, meaning they're still receiving checks.

Fifteen teams held dead money entering the 2021-22 NBA offseason. This year, the number is down to nine, according to salary figures at Spotrac and Basketball Reference. Perhaps teams are getting smarter with how they hand out contracts or how they buy out players.

Here's a breakdown of the dead money deals heading into 2022-23, and some players who you might be surprised are still earning a salary:

Kemba Walker ($27.4 million) — Walker joined the Thunder last offseason in the trade that sent Al Horford back to Boston. OKC also received a first-round pick that it dealt to Houston and a 2025 second-round pick. The team released Walker less than two months later before he ever suited up, and decided to simply play him the two remaining years as they stand instead of stretching out his salary. He'll be off the books by next offseason.

Kyle Singler ($999,200) — Here's a great blast from the past. Singler played in Oklahoma City for three seasons and change as a reserve, but never stuck in the rotation. He signed a five-year deal worth $25 million in 2015; by 2018, the Thunder decided to waive and stretch him, and he has not played an NBA game since. Singler has received just under $1 million each season since 2018-19. This is also his his last year on the books.

DeAndre Jordan ($7.8 million) — The Pistons are actually paying Jordan for the money remaining on a four-year, $39.6 million contract he signed with the Brooklyn Nets back in 2019. Brooklyn traded Jordan to Detroit in a minor move last September, and the Pistons bromptly bought him out. Jordan then signed a one-year deal with the Los Angeles Lakers, so he actually earned money from two teams in 2021-22. This is his last year receiving cash from Detroit.

Dewayne Dedmon ($2.9 million) — This is one of my favorite crazy scenarios, and I want to break it down. Let's travel back to 2019, when Dedmon signed a three-year, $40 million contract with the Sacramento Kings. Things didn't work out, so the Kings traded him that season to the Atlanta Hawks, who then moved him again to Detroit in the 2020 offseason. 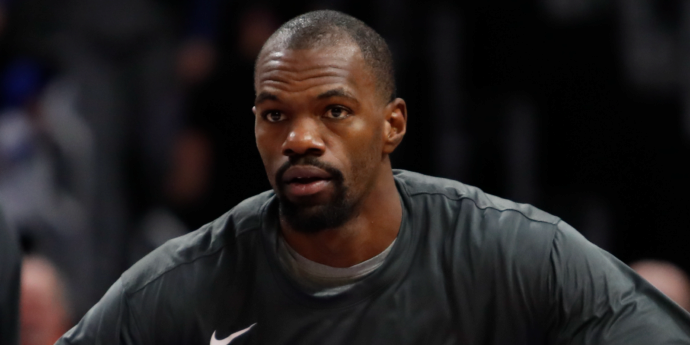 The Pistons then waived and stretched Dedmon four days later with two years remaining on his deal. So that meant, instead of paying him just over $13 million for two years, they're sending him a tad under $3 million for five years — all the way out to 2024-25. Dedmon will receive five years of money from the franchise without ever playing a game for the Pistons. It's a rare, but cool situation (for the player, at least) that we only see one other time this year.

Zhaire Smith ($1.1 million) — I feel for Smith, a former first-round pick who had one of the most devastating strokes of bad luck absolutely derail his NBA career. He was acquired by Detroit in the 2020 offseason, but later waived and stretched. This is his last season on the payroll in Detroit.

Nicolas Batum ($8.9 million) — Charlotte is in the final year of playing Batum the remaining money from a five-year, $120 million contract he signed in that 2016 free agency frenzy. Batum played through three seasons on that deal, but never found his footing with the Hornets. They waived and stretched his final deal in November 2020. Batum has received just under $9 million in each of the last three seasons from Charlotte while re-emerging as a stellar rotation player with the Los Angeles Clippers.

Jevon Carter ($3.925 million) — Carter comes off the books after next season, but it still must hurt for the Nets to see how he helped out the Milwaukee Bucks. Brooklyn acquired Carter, along with Day'Ron Sharpe, in the trade that sent Landry Shamet to Phoenix. Carter averaged just 12 minutes per game before being released and signing with the Bucks two days later. He then shot a scorching 55.8% from long range in Milwaukee, while boosting the bench unit with his strong defense.

Andrew Nicholson ($2.8 million) — Nicholson is my dead money GOAT. In 2016, he signed a four-year, $26 million contract with the Washington Wizards, played 28 games with the team and was then traded to the Nets, where he appeared in 10 contests in the same 2016-17 season. Brooklyn then sent him to Portland in a swap for Allen Crabbe in the offseason; Portland released Nicholson just over a month later. 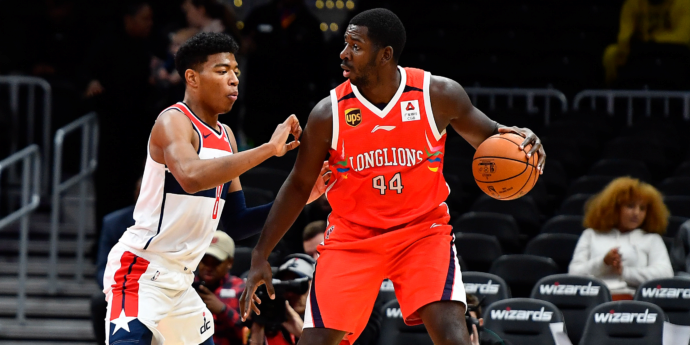 Nicholson still had three seasons left on his contract, and the Trail Blazers decided to stretch it, meaning they'd pay him for the next seven years. Since 2017-18, he has received just over $2.8 million each season — and will continue to get that bag until the 2024 offseason — without ever playing for Portland. That's how it's done.

Tyrell Terry ($1.8 million) — Dallas releasing Terry last fall was a somewhat surprising move when it happened. Terry was the No. 31 overall pick to the Mavericks just one season prior in 2020, and he had his supporters in the NBA Draft community. For whatever reason, Terry's slow start underwhelmed the franchise to the point where they flat out released him from his rookie contract a year later. He then signed with the Girzzlies on 10-day and two-way contracts.

DJ Augustin ($333,333) — We're now getting into the minutae of dead-money deals that will scarcely affect teams financially. The journeyman Augustin played 34 games with the rebuilding Rockets last season. His 2022-23 season is only partially guaranteed, hence the small payout.

Troy Williams ($122,741) — This salary ties all the way back to 2017, when Williams signed a three-year contract with Houston. Williams played a partial season in 2017-18 before having the last two years on his deal waived and stretched. He then joined the New York Knicks, New Orleans Pelicans, Kings and Phoenix Suns, but never latched on anywhere long-term.

Ish Wainright ($125,000) — Wainright signed a two-year contract with Toronto last offseason and impressed at NBA Summer League, but was waived in October. Both years were partially guaranteed. Wainright bounced back on a two-way contract with Phoenix that the Suns eventually turned into a standard NBA deal.

Demetrius Jackson ($92,857) — Jackson's contract is another bizarre situation. He signed a four-year deal worth $5.5 million with the Celtics as a second-round pick in the 2016 NBA Draft. The first year, Boston paid him $1.45 million. The second year only had $650,000 in guaranteed salary, the third year had zero guarantees and the fourth year was a team option. Stay with me, here.

Boston decided to waive and stretch Jackson in 2017, the last day that his $650,000 would be guaranteed. He still technically had three years left on the contract, so the (relatively) tiny guaranteed salary of $650,000 would be stretched across seven whole seasons. Jackson has made $92,857 since the 2017-18 season and will make that salary through 2023-24.

NBA players make more money than ever before on five-year maximum contracts. So it's pretty unbelievable that the longest active contractual obligations in the league right now (extensions nonwithstanding) are eight years in length, heading to two players: Andrew Nicholson and Demetrius Jackson.