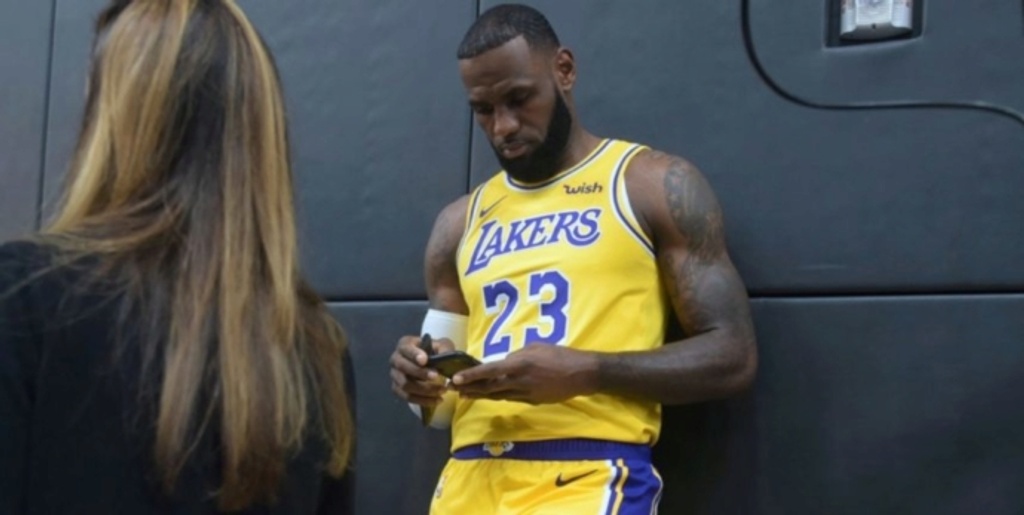 Which NBA players have gained the most Instagram followers this year?

These days, nearly every NBA star has an Instagram account — aside from a few exceptions such as Kawhi Leonard and Nikola Jokic. Monitoring each player’s following (and whether it’s increasing or decreasing) is an interesting way to track their popularity and relevance.

ManySpins.com did a recent study to find out which professional athletes have added the most followers this year. They plugged hundreds of athlete accounts into Social Blade’s gained-followers tool and tracked how their following has changed since Jan. 1, 2021.

Some players gained a ton of followers, while others have fewer followers than when 2021 began. After filtering out the non-NBA athletes in the study, here’s a look at which NBA players have gained the most Instagram followers so far this year and who had the biggest percentage increase in folllowers:

- This year, LeBron James' account has grown the most based on followers added (25,376,750) and percentage increase (25%) — even though he was already the most-followed NBA player by a wide margin. James started the year with 74,632,713 followers and now he's at 100,009,463. LeBron has the 31st-largest IG following; he's ahead of celebrities such as Drake, Billie Eilish and Chris Brown. James has more followers than the NBA, NFL, MLB, NHL and MLS combined (as noted by FOS).

- Giannis Antetokounmpo gained the third-most followers (2,039,709) and saw the second-largest percentage increase (23%), which is a nice boost after winning his first NBA championship.

- Considering Klay Thompson has missed back-to-back seasons due to injuries (a torn ACL and Achilles) and hasn’t played an NBA game since June 13, 2019, it’s pretty surprising that he added the fifth-most followers (1,564,736) and had the third-largest percentage increase (19%). However, he’s beloved among NBA fans in large part due to his laid-back personality, so it does make sense.

- Interestingly, Zion Williamson has actually lost 110,720 followers so far this year. He had 5,082,675 followers as of Jan. 1, 2021, but he’s currently at just 4,971,955. It’s unclear why he's lost so many followers over the last nine months; it's possible that a lot of bots were following his account and they've since been deleted.

- Bradley Beal earned some new fans after averaging a career-high 31.3 points last season, as his following grew by 16% (from 1,221,167 to 1,417,487). The fact that Beal consistently surfaced in trade rumors over the last year probably helped his numbers since many different fan bases likely followed as they hoped for a trade and analyzed every caption. Damian Lillard (+807,452), James Harden (+501,406) and Ben Simmons (+364,480) likely got a boost from their trade rumors too.

- It’s impressive that LaMelo Ball cracked this list as a 20-year-old rookie, adding 1,030,957 followers for a 17% increase. Prior to entering the NBA, he already had many followers since he’s been in the spotlight for a while, but he solidified himself as a household name in 2021.

- Among all professional athletes tracked in this study, Cristiano Ronaldo saw his Instagram following increase the most, adding 103,308,517 followers this year. He now has a whopping 353,403,553 followers, which is the second-largest IG following (behind only Instagram's own account). Ronaldo gained more followers over the last nine months (103,308,517) than LeBron has accumulated in nearly a decade.

Whether it’s with their outstanding play, lovable personality, change of scenery or something else entirely, it’ll be interesting to see which players are able to win over fans and gain followers throughout the 2021-22 NBA season.

Which players receive the most negative tweets? Who gets the most positive tweets? Check out this other study that tracked NBA players’ mentions over the course of four months.