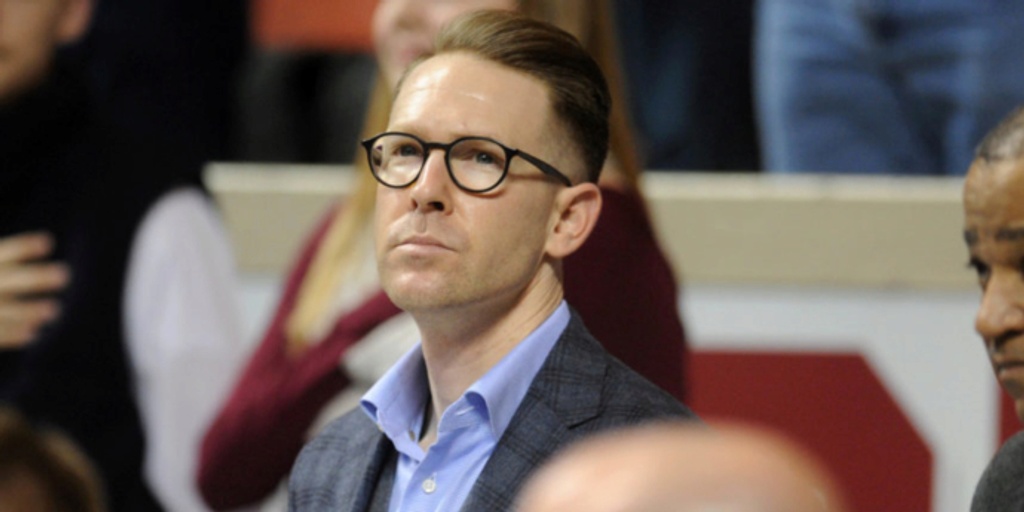 When NBA teams have hoarded draft picks, has it paid off?

The Oklahoma City Thunder have accumulated quite the collection of draft picks, including some that were procured in last month’s trade with the Boston Celtics. In total, the Thunder could have as many as 39 picks (including 18 first-rounders) between now and the 2027 NBA Draft.

While the Thunder may receive more notoriety than anyone else for hoarding draft picks, they’re not the only franchise that's doing it. The New Orleans Pelicans have amassed 26 picks in the next seven drafts, and the Houston Rockets have stockpiled 19 picks over that same span.

But there’s an uncertainty to collecting draft picks – namely, picks don’t always pan out, even high-end lottery picks. So while it is understandable to assume that tons of draft picks will translate to tons of success, such is not always the case.

To illustrate this point, let’s turn our attention to the Atlantic Division in the 2010s.

Pick collecting was a major part of Sam Hinkie and the Philadelphia 76ers’ “Trust-the-Process” strategy. Hinkie sparked a revolution as the 76ers’ general manager by embracing the idea of tanking to streamline the rebuilding process, while simultaneously shipping out talent that didn’t fit his timeline (e.g., Jrue Holiday) in exchange for additional draft picks.

In total, Philadelphia made 24 selections between 2013 (the first year in which Hinkie captained the 76ers’ draft process) and 2017 (the last draft before the 76ers returned to the playoffs).

The jury is still out on Philadelphia’s rebuild. Hinkie resigned from his position with the 76ers in 2016, but his philosophy did result in the team drafting two cornerstone pieces in Joel Embiid and Ben Simmons. Also, Hinkie successfully identified quite a few diamonds-in-the-rough who were second-rounders or undrafted free agents such as Jerami Grant (39th), Richaun Holmes (37th), Christian Wood (undrafted), Robert Covington (undrafted) and T.J. McConnell (undrafted). But while the 76ers have had some success in recent years, reaching the Eastern Conference Semifinals in three of the previous four seasons, they have failed to accomplish anything truly meaningful, yet.

Next up, the Boston Celtics.

After winning the 2008 NBA Finals and remaining competitive in the Eastern Conference for a few seasons, the Celtics and executive director of basketball operations Danny Ainge pivoted into a rebuild, trading Kevin Garnett, Paul Piece, and Jason Terry to the Brooklyn Nets for three future first-round picks, the right to swap first-round picks in 2017, and a hodgepodge of players. And while the haul from Brooklyn was clearly the centerpiece of Boston’s draft capital, the Celtics continued accumulating picks from various teams. They acquired selections from the Sacramento Kings (14th) and Los Angeles Clippers (20th) in 2019, and they added the 14th pick from the Memphis Grizzlies in 2020.

All told, Boston made 27 selections over the course of seven drafts up-to-and-including 2020. Their rebuild involved more than just draft picks, though, including a trade for Isaiah Thomas in 2015, a trade with Philadelphia in 2017 that netted them Jayson Tatum, and a trade for Kyrie Irving in 2019 in which they sent out a draft pick along with other assets.

But Boston’s rebuild didn’t result in a championship either. While Ainge stockpiled draft picks like a squirrel hoarding away acorns, he should have been more aggressive in his pursuit of available superstars. Despite an abundance of picks to entice trade partners, they balked at opportunities to trade for Kawhi Leonard, Paul George, and Jimmy Butler in hopes of adding an even bigger star (e.g., Anthony Davis), which never happened. Instead, Boston used many of their picks, so they now have 10 players who are age-24 or younger. That young core is led by two All-Stars: the 23-year-old Tatum and 24-year-old Jaylen Brown.

To be fair, the Ainge-led Celtics were one game away from the 2018 NBA Finals and an Irving injury upset their chances at any meaningful success the following season. But Irving and Gordon Hayward both signed elsewhere as free agents in the seasons since, and Ainge left the organization this offseason.

The Thunder, Pelicans, and Rockets should review both of the aforementioned attempts at winning via draft-pick hoarding. If they pay close attention, there are lessons to be learned.

First, a lesson from the city of brotherly love: work smarter, not harder. The 76ers’ biggest misstep was giving away too much in exchange for the first-overall pick in the 2017 NBA Draft. They gave up Sacramento’s unprotected 2019 first-rounder (which became the No. 14 pick), but the pick swaps were what caused the most damage.

In hindsight, wouldn’t Tatum have the best available addition out of everyone in the entire draft class to place alongside Embiid and Simmons? Instead 76ers executive Bryan Colangelo overthought a situation, giving up extra draft capital to pick point guard Markelle Fultz (who still hasn’t reached his full potential), when there was already an All-Star-caliber point guard on the roster (Simmons).

The other key takeaway comes from Beantown, and it’s even more important than the first one: when a superstar in the prime of his career is available and you can land him, you go get him. According to Chris Mannix of Sports Illustrated, Boston had the best offer for Leonard and regretted not pulling the trigger. The same is probably true of their inaction regarding Butler and George, any of whom would have made an already uber-talented lineup all-the-more dangerous.

Ultimately, the situations in Oklahoma City, New Orleans, and Houston will play out differently than those in Philadelphia and Boston, but different doesn’t necessarily mean better. It goes without saying that NBA front offices are smarter than ever and constantly adapting, but miscalculations (like chasing Fultz over Tatum) are inevitable.

The major benefit of stockpiling so many picks is that you have flexibility and you can weather one or more mistakes. Ideally, the sheer number of picks owned by Oklahoma City, New Orleans, and Houston will outweigh any errors in judgement. Otherwise, one those teams may be rebuilding for even longer than expected.