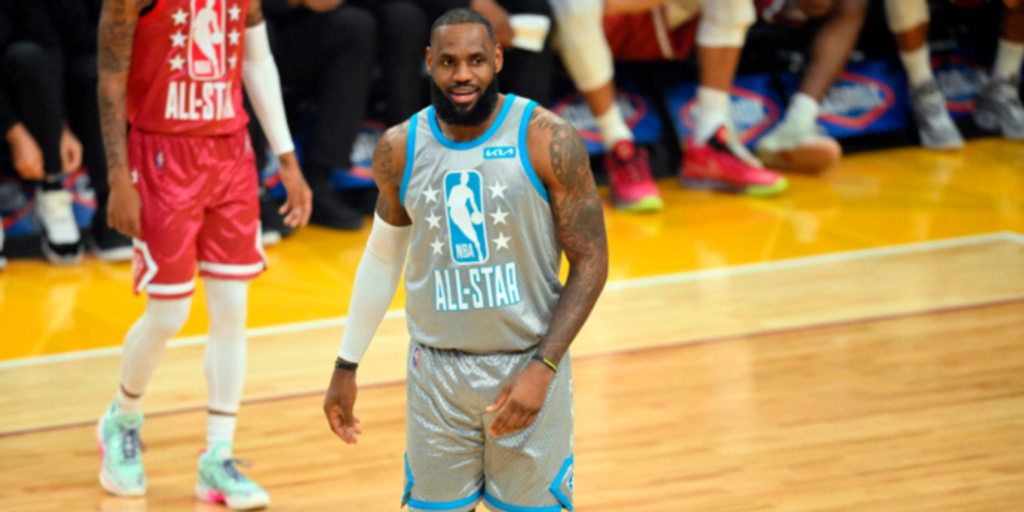 I'll let you in on a poorly-kept secret of mine: I'm not a huge fan of (trade) rumor talk serving as the primary source of NBA coverage.

It especially irks me when it's done for players well under contract, or done without firm, he's-absolutely-out-of-there intel. What teams (and players) are doing on the court is infinitely more fun and interesting than where they're pushing to go in the future, for me. It's why my writing is mostly film-intensive, and why The Dunker Spot podcast exists.

It's important for me to set the stage on my general thoughts because I want you to recognize how hypocritical I'm about to be. There's an exception to every rule, as the old adage goes, and boy is this LeBron James situation looking like the anomoly of all anomolies.

The "where's he going and when can he get there?" wheels have been turning in my head since Saturday. LeBron decided to use All-Star Weekend — generally a time period for rest, fun, and a celebration of excellence — to send a message to the Los Angeles Lakers' front office.

We knew he was frustrated with how the season was going; a 27-31 record will do that to you. We can also surmise that's he's over the Russell Westbrook Experiment. It's been a clunky fit on the court that's come with its own media back-and-forth. And in light of former Lakers showing out (hi, Kyle Kuzma) and other Westbrook alternatives trade targets looking pretty darn good (hi, DeMar DeRozan), it's easy to see why LeBron's relationship with the Lakers isn't particularly peachy.

(Of course, there are some easy counters to be made. One could argue injuries to LeBron and Anthony Davis have played a larger role in this season-from-heck than Westbrook's missed jumpers. It's hard to build chemistry when people are in and out of the lineup. Also, hey, LeBron (and Davis) kiiinda vouched for Westbrook, and it's pretty well documented that rosters are genearlly shaped in LeBron's image. He isn't the front office, but he has enough of an influence where the woe-is-me card doesn't hit the same.)

To the message: LeBron found it appropriate (read: strategic) to let it be known that a return to Cleveland isn't out of the cards.

That would be pretty light — heck, All-Star festivities were in Cleveland so why wouldn't this come up? — if that didn't also come with compliments to Sam Presti's talent evaluation. Or an announcement, via The Athletic, that his final season will be played wherever his son Bronny gets drafted/signed. Or a few days following some Les Snead praise, conveniently showered upon him after an actionless trade deadline from his own team's general manager.

All of that got me thinking. If LeBron is already setting the stage for an exit, the roster is flawed with limited cap space or pick ammo in the short term, and the top of the conference is pretty set with Phoenix and Golden State (and Memphis, plus a healthy version of Denver if you want to go that route) — why not press the big red button this offseason?

Why not trade LeBron?

It's an insane-adjacent thought, but think about it. If you know he's gone, and you aren't in position to compete for a title in his last season, why not work with him and rip the Band-Aid off?

But that leads into the other question that has me stuck: What would a deal even look like? 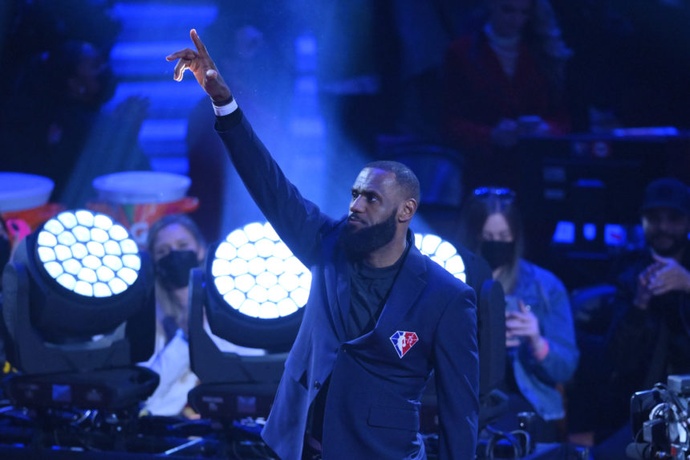 The value-question is a tough one to answer. LeBron is undoubtedly one of the five best players in the league (and of all-time), but he's also 37 years old and comes with an internal power shift that you better be ready for. How many teams have the ecosystem for LeBron, a roster with good enough pieces to talk the Lakers into and a remaining cast that LeBron could compete with post-trade?

The first team that came to mind was the Phoenix Suns.

They're the best team in the league right now, and have a trio of young pieces — Mikal Bridges, Cam Johnson and the oddly-wasn't-given-a-max Deandre Ayton — they could theoretically move in the summer for LeBron. Between Ayton's max in a sign-and-trade, Bridges' extension kicking in and Johnson's team option, the Suns could easily get to north of $40 mililion in salary to make it work.

(There could be some haggling for Johnson. The Suns do have all their picks from 2023 and onward, so maybe they could sub in a first or two down the road in an effort to keep him out of the trade.)

What's left? A trio of Chris Paul (happens to be one of LeBron's best friends), Devin Booker and LeBron. The playmaking and general IQ of the Paul/LeBron convo would make an already-elite half-court attack more difficult to deal with. Even this stage of LeBron would help solve the rim pressure issue; the Suns have ranked last in rim frequency in both seasons of the Paul era, per Cleaning The Glass.

Beyond the Suns, the Cavs could obviously get in the room. They could dangle Evan Mobley if they wanted to and make that phone call a short one; they absolutely won't (and shouldn't!) do that though.

The Cavs also have their first-rounders from 2023 and onward, and have enough non-Mobley and non-Darius Garland pieces — Jarrett Allen, Isaac Okoro, Klutch client Collin Sexton, Lauri Markkanen — to put something intriguing together if they don't want to play the wait-for-free-agency game.

Atlanta (John Collins, De'Andre Hunter) could build something out to pair LeBron and Trae Young together. It's hard to believe the Knicks wouldn't want to get in on the LeBron sweepstakes, though it's tough to guage what the stock of RJ Barrett (or Julius Randle, for that matter) is these days.

Anyway, color me intrigued by the prospect of a LeBron trade — even if it is super unlikely.