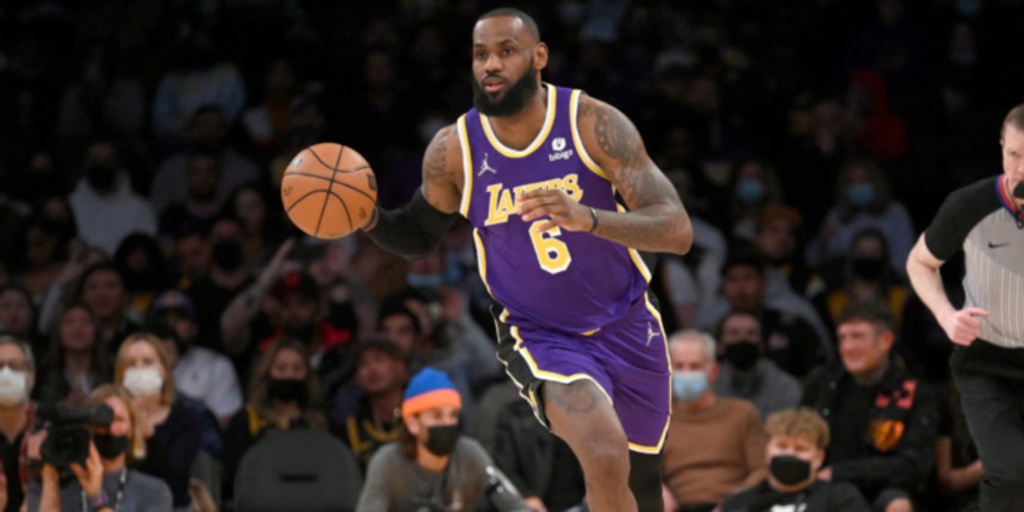 LeBron James on Cleveland return: 'The door's not closed on that'

In an interview with Jason Lloyd of The Athletic, LeBron James left open the possibility of a return to the Cleveland Cavaliers at some point in his NBA career.

“The door’s not closed on that,” James said. “I’m not saying I’m coming back and playing, I don’t know. I don’t know what my future holds. I don’t even know when I’m free.”

James will be a free agent after the 2022-23 season. He did emphasize that he won't settle for anything less than his maximum contract value when his free agency arrives.

"“I don’t play midlevel basketball,” James said. “I don’t come back for anything below the top.”

James is averaging 29.1 points, 7.9 rebounds and 6.5 assists with the Lakers this season.