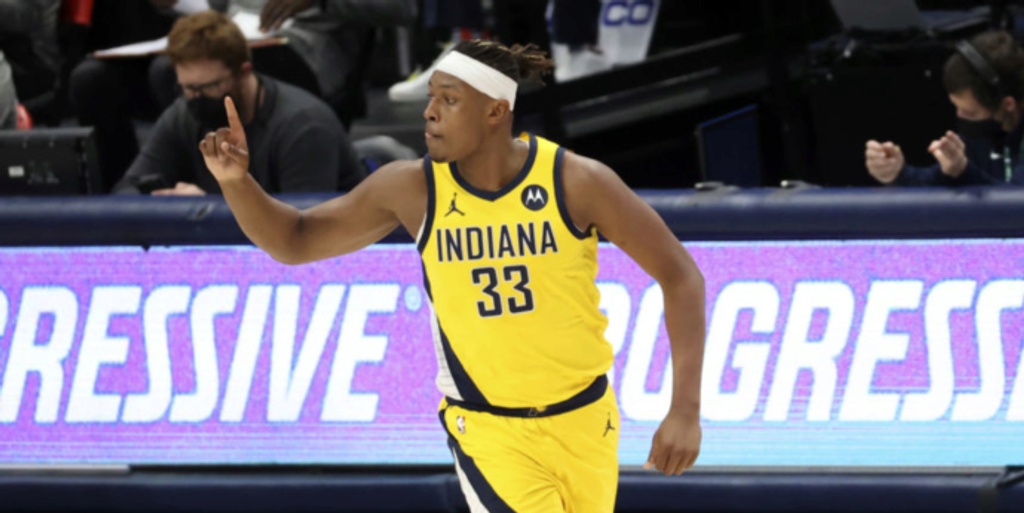 Kevin O'Connor of The Ringer said on his most recent podcast that the Warriors and Pacers have discussed potential trades involving Myles Turner, and that the Pacers have shopped Turner to other teams as well:

"They are having trade conversations. I have not seen reported - I believe I had it in my story - that they've had some conversations with the Pacers. The Pacers have been one of the more active teams. The name that I've heard involved in those conversations is Myles Turner.”

Turner has been with the Pacers since being drafted 11th overall in 2015. The 25-year-old has averaged 12.7 points, 6.6 rebounds and 2.2 blocks per game across his career. He most recently led the NBA with 3.4 blocks per game this past season.

Turner and Domantas Sabonis have formed an entrenched duo in the frontcourt, but BasketballNews.com writer Evan Sidery wonders if the Pacers should keeping rolling with them after a down season.