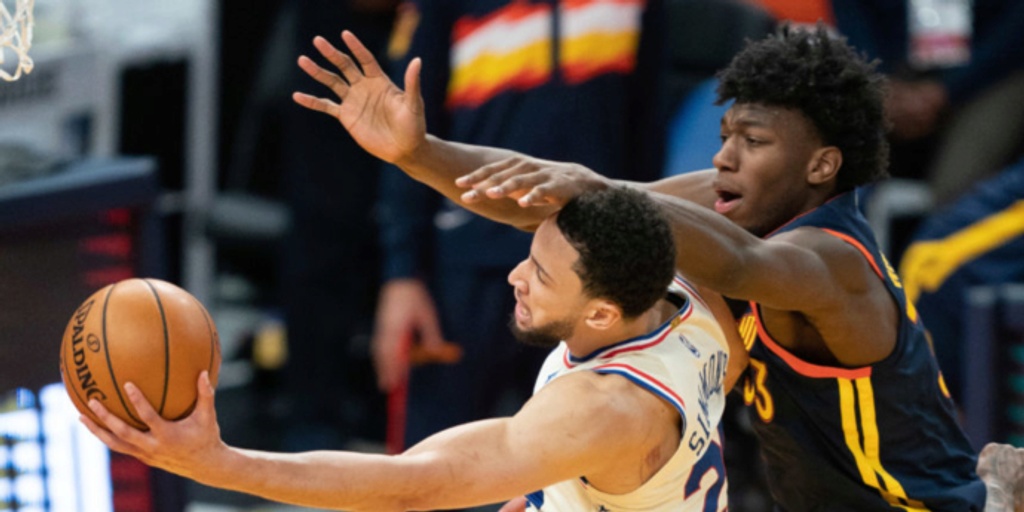 Ben Simmons, the only All-Star known to be shopped by his team, is also unlikely to land with the Warriors. The 76ers are asking for a massive haul that includes an All-Star-level player. Per a league source, Golden State wouldn’t be willing to give up what it would take to get Simmons.

ANALYSIS: Simmons is reportedly being shopped by Philadelphia, and according to the article, the Warriors' core of Stephen Curry, Klay Thompson and Draymond Green have made it clear to the front office that they expect win-now help. However, it appears this won't be the way help comes.

Letourneau also reported that Golden State is looking to trade their seventh and 14th overall draft picks in exchange for a starting-caliber player.