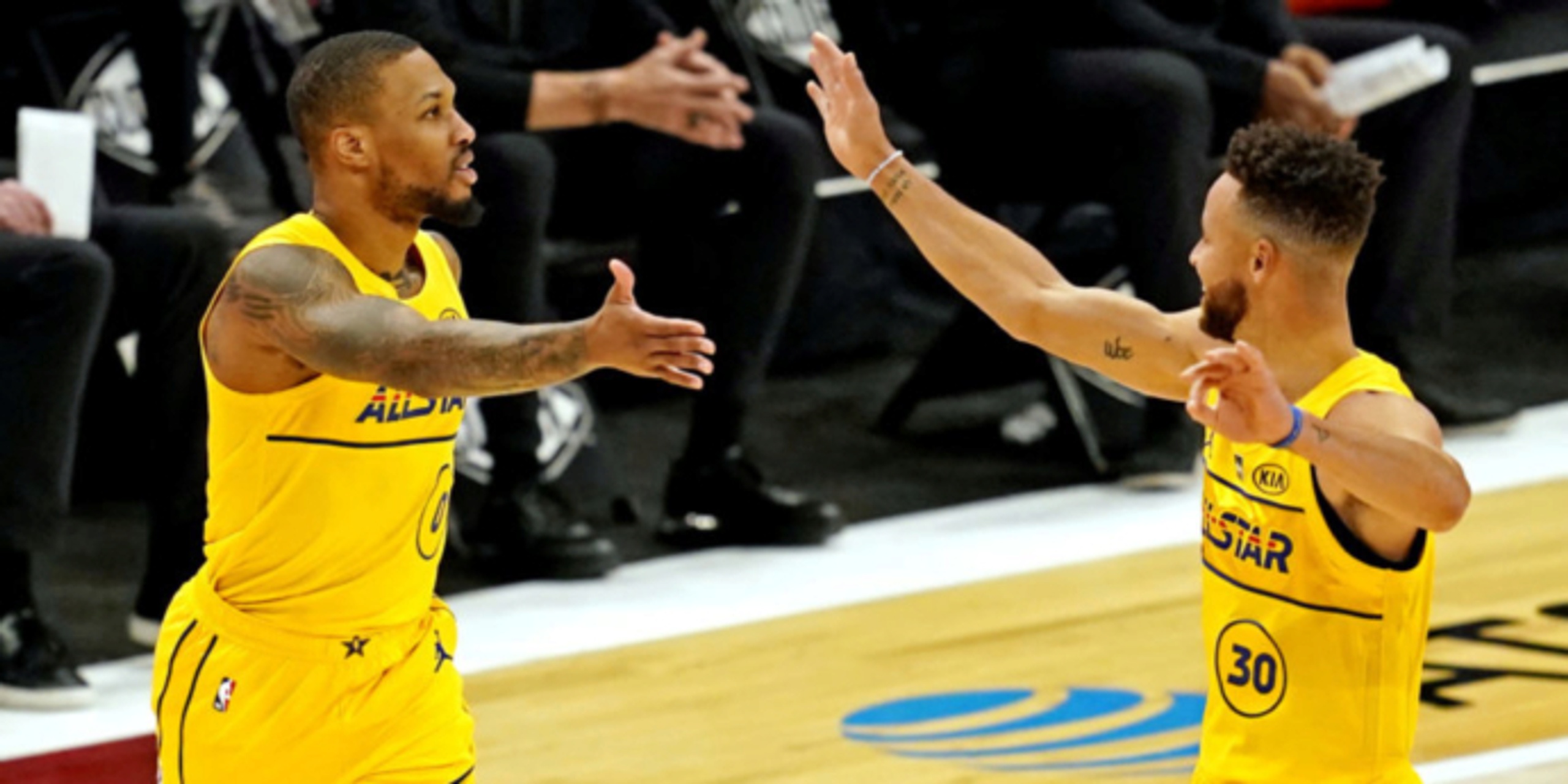 For stars like Damian Lillard and Stephen Curry, there's no such thing as a 'bad shot'

Damian Lillard and Stephen Curry are in a class of their own.

Forget the team aspect. Throw the records out of the window. Ignore any contrast between their successes.

Strictly speaking from an individual perspective, these two stars are the exception to the rule of what is supposed to be a "bad shot."

they don't call him Logo Lillard for nothing pic.twitter.com/fXVFFyrd7D

There was a study done by the eagle-eyed users of NBA Reddit not too long ago on Aug. 14 of last year. They used NBA.com's shooting splits data to try and find which player has the deepest range (and is the most accurate) in the league by combining regular-season and playoff shots from 30 feet or more; ranking by their best individual seasons from that distance, the highest percentage belonged to 2019-20 Lillard (42%), followed by 2015-16 Curry (38%) and 2019-20 Trae Young (36%).

With the 2020-21 regular season in the rearview and the postseason underway -- and Lillard's ridiculous eight-triple barrage in Game 2 on Sunday night fresh in the mind -- let's take a look at how these three have fared from that distance, and who else joins the fray.

There were five players that attempted at least 400 shots between the 25-to-29 foot range, per NBA.com. It was Lillard, Curry, Buddy Hield, Luka Doncic and Duncan Robinson. Curry was the only one with over 500 tries by a wide margin.

Using that as a jumpoff point, as well as the Reddit study, here's where we stand currently altogether on 30-plus-foot range:

As you can plainly see, there's quite a few players trying to extend their range -- and some like Irving, Quickley, Mitchell and Hield utilize it efficiently -- nobody's in the same stratosphere as Lillard and Curry far as volume is concerned. Though Young is making his way to that point, we just don't see these kinds of parking lot shots as often from anybody else as we do from the Oakland native and the Bay Area resident.

To advance the Reddit career study's numbers, here are the updated totals:

What Lillard and Curry -- and seemingly Trae Young -- are doing is unteachable and abnormal. They are the outliers to the regular.

Arguments are going to stem from the perception of firing up these shots; there's not one youth coach watching a Portland Trail Blazers-Golden State Warriors game and saying, "This is what I want to teach my players" with a straight face.

But does that mean we can't enjoy the show? Absolutely not.