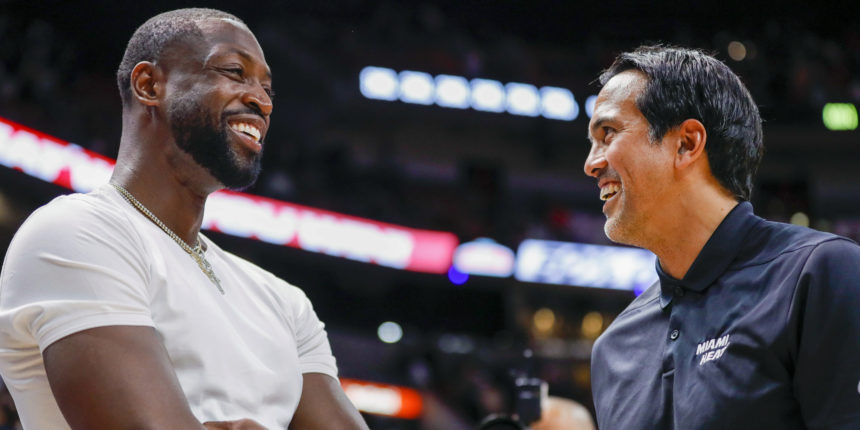 "Greatest of All Time" debates change from era to era, and that’s the natural course of things, according to Dwyane Wade. The retired great claims there will be a new set of GOATs for the younger generation as time passes.

Passing of the Torch

Fans often wage war over who’s the best player of all time, but there will always be the passing of the torch as time goes by. Bill Russell had to pass it to Wilt Chamberlain, who had to pass it down to Kareem Abdul-Jabbar. The process went on to Magic Johnson, Larry Bird and Michael Jordan. Kobe Bryant and LeBron James have fans who say MJ passed it to their favorite of the two.

If they can keep up and play long enough, there will be the likes of Giannis Antetokounmpo and Luka Dončić making their respective cases. A new set of names will be included in the discussion in another five years, and so on.

For Wade, who grew up in Chicago and idolized Jordan, he believes there will come a time that the fans will no longer remember MJ or Kareem as the best ever to do it.

“These GOATs, these names that we throw out, it’s not gonna just be a lot of those players. But the game continues to keep moving forward. And so we are gonna continue to see things that we have never seen before. And the eyes are gonna get younger and younger,” Wade said on the Armchair Expert with Dax Shepard.

That’s the beauty of this game. It evolves as players come and go. Records are meant to be broken, and sooner than later, these achievements by special players once thought to be untouchable will soon go down, and a new set of records will be established.

Player of the Decade

Many factors are needed for a player to be considered the NBA's GOAT. First, he has to have a productive career with titles to boot. There’s also health, luck and fan support. What makes MJ the standard and the generation-defying GOAT is that he had to earn everything. He willed his team to win and helped basketball reach international viewership. MJ played before social media, but his name always comes up in the current era. His presence can still be felt in the league, and his business ventures continue to speak of how great he is.

If the GOAT debate never ends, maybe there should be a Player of the Decade instead. These are for the players whose achievements and dominance lasted a decade (or an era). That way, every great player would get the respect he deserves. Of course, we all have different meanings to greatness and other criteria to determine the greatest of all time. Unless the NBA releases some type of official criteria, fans will always indulge in friendly banter on the real GOAT.

Willy Hernangomez: 'My best version as a player is yet to come'
43 min