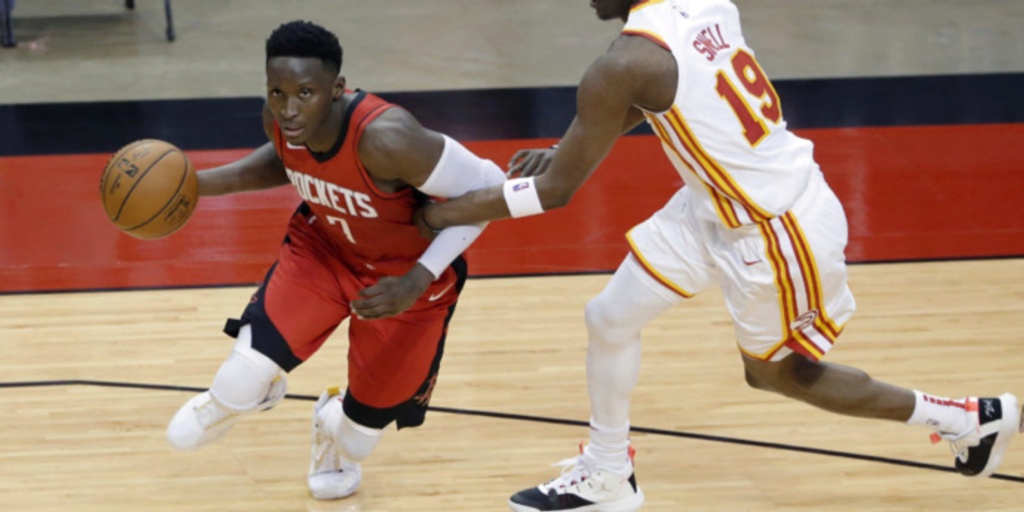 When the Houston Rockets acquired Victor Oladipo as part of the return for former MVP James Harden, the organization viewed him as a long-term fit alongside John Wall and Christian Wood, according to The Athletic.

According to the report, Detroit, New York, and Miami are among the teams interested in Oladipo's services for the remainder of this year -- and his bird rights that come along with trading for him -- and the price may not be very high. The price of trading for Oladipo not being very high certainly could mean that more teams could jump in to take a flier on the former No. 2 overall pick.

ESPN's Adrian Wojnarowski reports that the Heat and Knicks are "reluctant" to offer a premium trade package for Oladipo. However, he adds that the market for Oladipo has included a number of playoff teams offering a young player plus a first round draft pick.

Since being acquired by the Rockets, Oladipo has averaged 21.2 points per game and five assists, but he isn't the same caliber of player that he was before suffering a brutal quad injury in January of 2019.