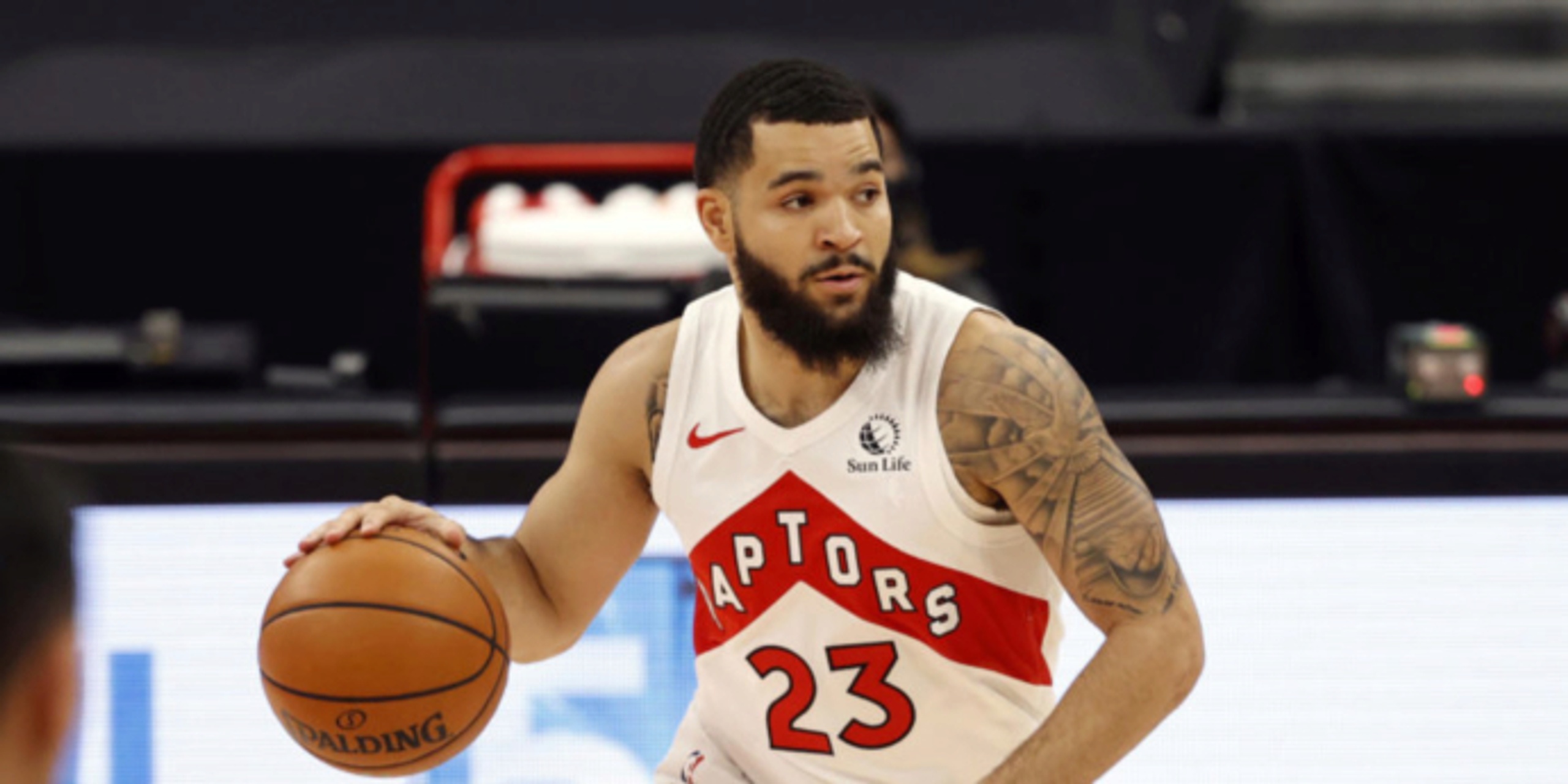 The Toronto Raptors have been dealing with COVID-19 issues for the last few days, and the news got a bit worse on Tuesday evening. While their game originally scheduled for Tuesday against Detroit was pushed to Wednesday night, that certainly doesn't mean the team will be anywhere near full strength.

The Raptors have ruled out Pascal Siakam, OG Anunoby, Fred VanVleet, Malachi Flynn, and Pat McCaw as part of the NBA's Health and Safety Protocols for the matchup against the Pistons. Siakam has already missed time in the protocol, as has head coach Nick Nurse and five other coaches in total.

The Raptors will be without Fred VanVleet, OG Anunoby, Pascal Siakam, Malachi Flynn and Pat McCaw because of the NBA’s health and safety protocols for tomorrow’s game against the Pistons. That is in addition to Nick Nurse and several other coaches.

The Raptors are also scheduled to play on Thursday night against the Boston Celtics.

MORE:
NBA News

Nate McMillan to Hawks: 'If you are looking to point a finger, point it at all of us'
NBA Sour Rankings: Cade-O-Meter 2.0

Featured News

Phil Handy: Kawhi Leonard 'wants to be great; it's all we'd ever talk about'
Feb 5 2021
Bill Russell’s No. 6 jersey to be retired throughout NBA
8h
How Rudy Gobert and Karl-Anthony Towns can work as Timberwolves' duo
12h
Through Her Eyes: How Chelsea Gray sees what you can't
yesterday
Jarrett Allen Q&A: Cavaliers' offseason, Basketball Without Borders
yesterday
Best Bets: NBA Western Conference over/under projections
2 days
Isaiah Livers is ready to rise up in second season with Pistons
4 days
Best bets for 2022-23 NBA Most Valuable Player award
5 days
Subscribe to our newsletter
SUBSCRIBE
Follow Us



Basketball News
Home
Podcasts
Scores
Draft
Stats
News
Charts
Contact
Contact Us
Advertise With Us
Terms Of Use
Privacy Policy
Do Not Sell My Personal Information
Cookie Policy
Download Our App!
Stay up-to-date on all things NBA
Copyright © BasketballNews.com 2020. All Rights Reserved.
