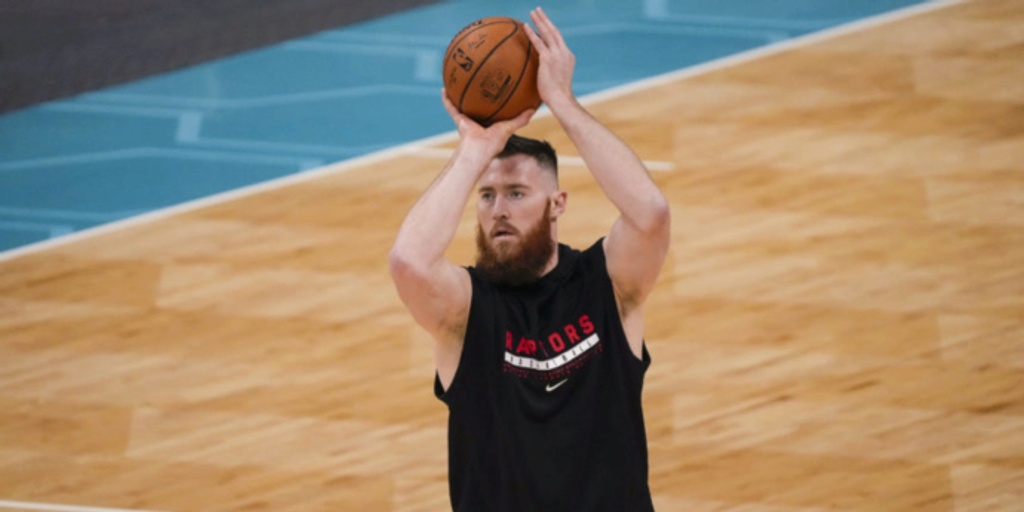 The Toronto Raptors are exploring the trade market for center Aron Baynes, HoopsHype has learned.

ANALYSIS: Baynes averaged 6.1 points and 5.2 rebounds per game during his first season with the Raptors. The 34-year-old has a non-guaranteed salary of $7.35 million for next season, per HoopsHype, and has been on three teams in the past three seasons.