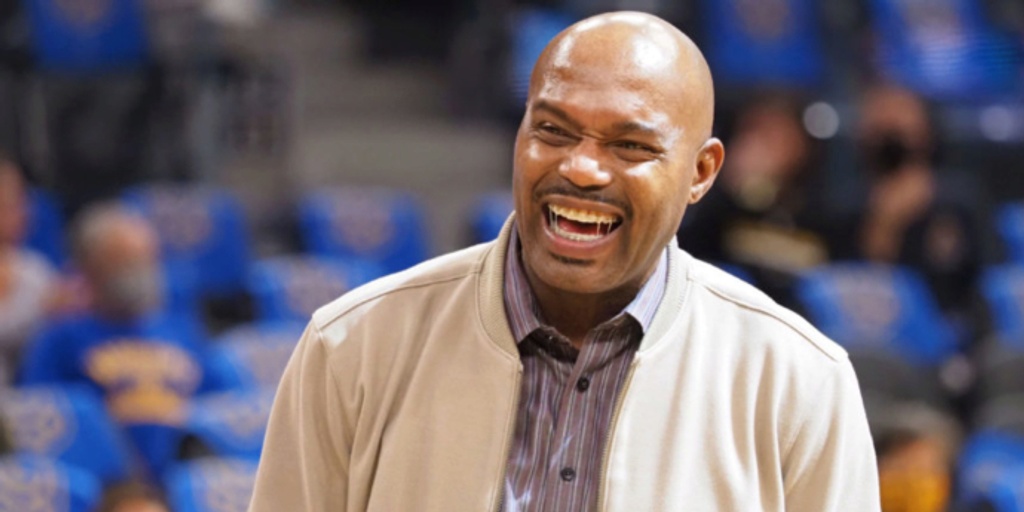 Tim Hardaway announced as a 2022 Hall of Fame inductee

Golden State Warriors legend Tim Hardaway will be inducted into the Naismith Memorial Hall of Fame as part of the Class of 2022, according to Monte Poole of NBC Sports.

Sources: Warriors legend Tim Hardaway - the catalyst during the brief Run-TMC era - will be inducted into the Naismith Memorial Hall of Fame Class of 2022. Richly deserving. Joins teammates Chris Mullin and Mitch Richmond.

This is well-deserved for Hardaway, who was one of the more under-appreciated stars of his era. His efforts for the Warriors and Heat in the '80s and '90s don't get the recognition they should. Over the course of his 13-year NBA career, Hardaway was a five-time All-Star and five-time All-NBA selection, averaging 17.7 points, 8.2 assists, 3.3 rebounds, 1.8 threes and 1.6 steals.

Hardaway was the last member of Run-TMC to get the Hall-of-Fame nod. He believes that his controversial comments about LGBTQ+ people back in 2007 are why he wasn't inducted into the Hall of Fame sooner, as he told me a few years ago.

"Well, you know, the reason I’m not in is because of what I said in 2007 about gay people," Hardaway said. "That’s why I’m not in right now, and I understand it. I hurt a lot of people’s feelings and it came off the wrong way and it was really bad of me to say that. Since then, I’ve turned a wrong into a right. My parents used to always tell me, 'If you do something wrong, look it in the eye. Don’t back down from it and be scared of it. Go make it right and make people understand that you made a mistake.' And that’s what I did. I’m trying to do what’s right, supporting gay people and transgender people. I want people to understand [what they go through] and understand them as people. They shouldn’t be seen as 'other' people. You shouldn’t call them [derogatory names] or look at them all ugly. Those are people too. They should get to live their lives just like we live our lives and that means having freedom and having fun. They should get to enjoy their life the way they’re supposed to enjoy life…

"I’ve talked to people from the LGBTQ community [and I tell them], 'You’re supposed to have the same rights that we have and supposed to be able to do everything that we do. You shouldn’t be outcast.' Life is too short to be out here hating one another and trying to hurt one another. I understand that. But, yeah, that’s the only reason why I’m not in [the Hall of Fame] and I understand that. There’s nothing I can do about it. You got to take your bumps and bruises, and that’s what I’ve been doing. I just try to be positive. It hurts. But, hey, I understand the ramifications of [what I said]. I understand why I’m not in. All I can do is keep living. My parents also always told me, “You can’t control what you can’t control.”

Hardaway has become an advocate for the LGBTQ+ community. Jason Collins, who was the first NBA player to come out as gay, praised Hardaway for his support.

"When John Amaechi came out, Tim had some comments that were very homophobic. However, he looked himself in the mirror and said, 'Is there something that I need to change about myself? Do I need to educate myself?'" Collins told me. "And after I came out, one of the calls that I wasn’t expecting to get was from a 305 number and it was Tim with words of support. I didn’t know that Tim had undergone this transformation as a human being. It’s sort of the power of the coming out story; Tim started on one end of the spectrum and is now such an ally, and I’m so proud of him. All of us as human beings evolve over time and Tim has made a positive evolution.

"For the past four or five years, the NBA has been marching in New York City’s gay-pride parade; we were the first of the big sports leagues to participate in the New York City Pride Parade. Over the years, we’ve had more and more people – more and more allies – join us on the float. Last summer, I was so proud that Tim and his family were there on the float with us, participating in the New York City Pride Parade. It’s so cool to see how he has changed as a human being and how he’s become such a huge ally and supporter. I really appreciate that."