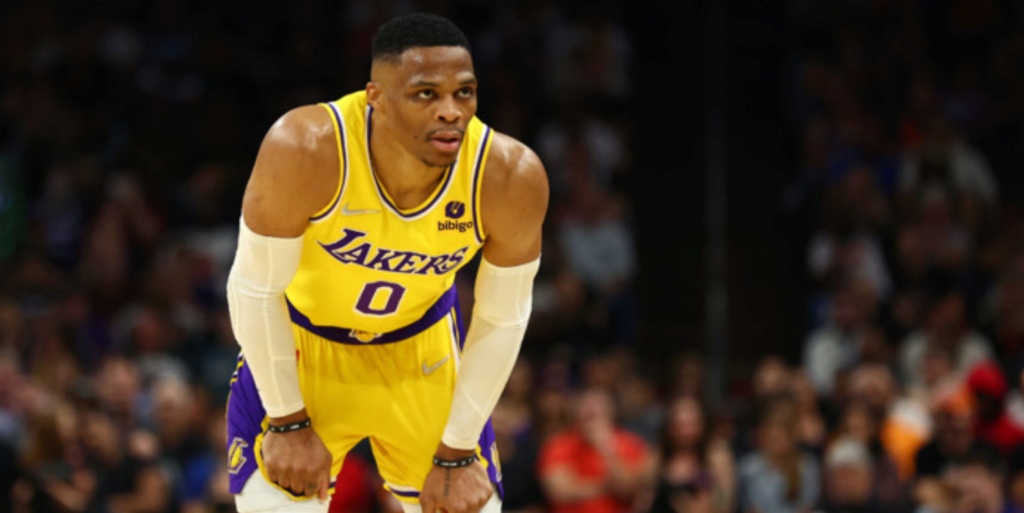 The 2021-22 season was an absolute nightmare for the Los Angeles Lakers, who went 33-49 and finished 11th in the Western Conference. They had the NBA's 21st-ranked defense and 23rd-ranked offense.

Following those struggles, much of the blame has been placed on Russell Westbrook, who has a player option worth $47,063,478 for next season. It seems highly unlikely that he'll opt out, so the Lakers will undoubtedly explore all possible trade scenarios this offseason.

Which teams could make sense as a possible landing spot for Westbrook if he gets traded?

Oddsmakers from SportsBetting.ag have the Oklahoma City Thunder (+350), Indiana Pacers (+400) and New York Knicks (+450) as the teams to watch. Here are their complete odds for Westbrook's next team if he ends up leaving the Lakers:

Check out BasketballNews.com's 2022 NBA Free Agency page, which includes free-agency rankings and a scouting report of each player who could be available this summer.