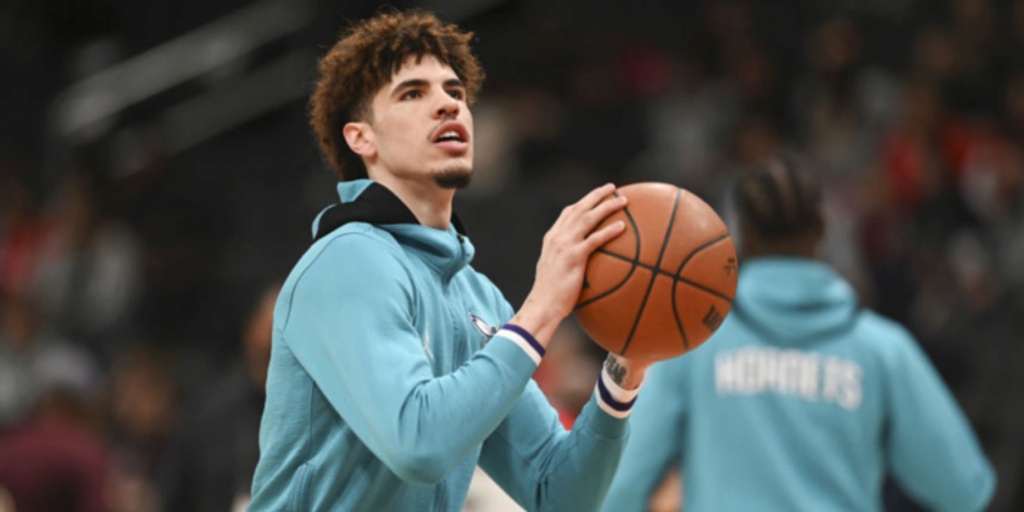 Overpromising and underdelivering. In pro sports, the two go together as much as peanut butter and jelly.

As a culture, we’re always looking for the next great thing. It’s why many of us watch in the first place.

But an unfortunate byproduct of this unending chase is that we prematurely anoint players. Scores of youngsters are touted as the next great one before being given the opportunity to fall down, get back up and figure out who they are.

Some get crushed under the burden of great expectations. The select few who don't?

As the Charlotte Hornets enter play on Dec. 1 at 13-10, they do so as one of the surprise teams in the Eastern Conference. And they do so thanks to the 20-year-old sophomore. It’s safe to say that the youngest of the three Ball brothers is already the most impactful pro player.

Thanks to his older brother Lonzo and their father LaVar, LaMelo became a household name long before the NBA was within reach, and some of his accomplishments — including scoring 92 points in a high school game — garnered quite a bit of attention. But one thing became clear as LaMelo grew older. Many regarded his hype as manufactured as a result of his father’s antics. His ascension was met with some skepticism, particularly in light of the fact that Lonzo was not able to save the Lakers and LiAngelo has struggled, to say the least.

So with all that baggage. LaMelo eventually arrived to the NBA. That was an accomplishment in itself.

Since then, his impact on the Hornets has been downright inspiring.

Last season, as a 19-year-old rookie, LaMelo became the youngest player in NBA history to record a triple-double. His 22-point, 12-rebound, 11-assist effort led the Hornets to a surprise victory over the Atlanta Hawks.

That’s all Hornets head coach James Borrego could say after the effort.

“This is rare what you’re seeing.”

LaMelo would go on to win the Rookie of the Year award in a landslide and, this season, appears determined to push the Hornets further than the 33 wins and 10th seed they earned last season.

And while that might appear to be one of those “cherrypicked” stats designed to put a player in elite company, in this instance, Ball’s productivity has been rather remarkable.

It’s rare that we see young players rise up and meet the expectations brought forth by the flashing lights and television cameras. As he continues to develop as a professional player, we can already determine that Ball is one of the most impactful 20-year-old players we’ve ever seen. While he's much different than the likes of Luka Doncic, Kevin Durant or LeBron James, he belongs in the same conversation with respect to game-impact and his ability to serve as a cornerstone.

His exposure to higher levels of competition earlier than many of his peers gave LaMelo the experience necessary to excel in the NBA from Day 1. With his rare combination of floor vision and the guts to attempt to do things we don’t see everyday, he’s captured our imaginations.

It's a new day in the Eastern Conference. There are some who believe that the days of the East being a joke are long gone, and it’s hard to argue.

The defending champion Milwaukee Bucks reside in the Eastern Conference. The title favorites, the Brooklyn Nets, do as well. The Chicago Bulls and Miami Heat are teams that should not be taken lightly, and many others — including the Atlanta Hawks, New York Knicks and Washington Wizards — have made tremendous strides over the past few years.

Entering this season, the Hornets weren't necessarily a team that many expected to vie for supremacy in the conference. Nonetheless, behind LaMelo, the team is currently the No. 6 seed. There's obviously a lot of season left, but with it about 25% complete, the Hornets are one of its early surprises. That’s no accident.

Kupchak has 10 NBA championship rings, seven of which came as a member of the Los Angeles Lakers’ front office. He served under Jerry West as assistant general manager before becoming the team's GM. He saw Magic and Kareem and Shaq and Kobe. He helped them win championships.

In a recent interview with NBA.com, Kupchak borrowed one of West’s old sayings when discussing LaMelo rapid ascent.

“Jerry West would use an expression about certain players, that they ‘had a little gold dust’ sprinkled on them from above,” Kupchak said. “I do think LaMelo has that.”

With every passing day, and every milestone, it’s getting increasingly difficult to argue otherwise.