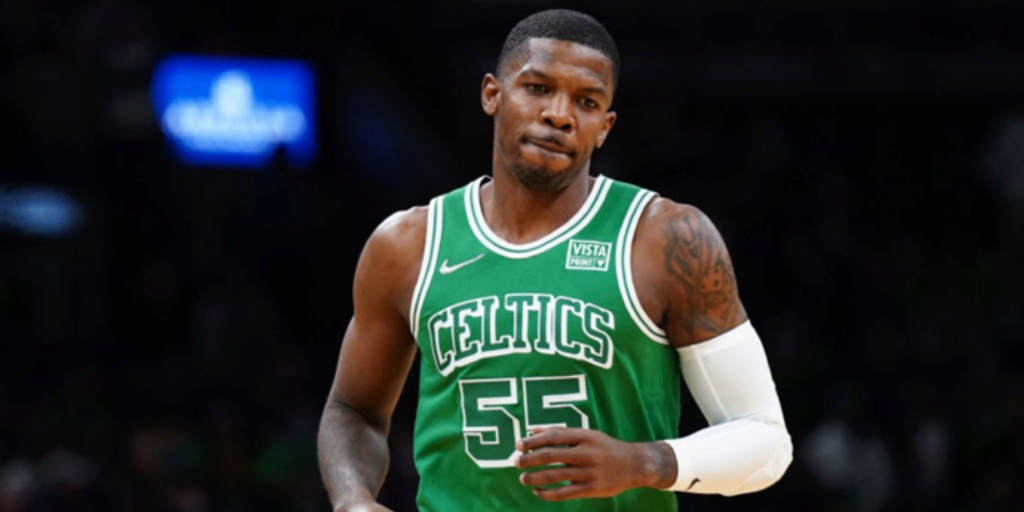 In case you’ve been overly consumed by the NBA, college basketball, or the WNBA off-season, now would be a great time to remind y’all that the 2023 FIBA World Cup qualifiers are going on.

And in case you didn’t know, the host countries for the 2023 World Cup are Japan, Indonesia and the Philippines — more on that later.

The last World Cup was right before the 2019-20 season, but feels so long ago because this whole COVID thing hadn’t yet clapped us up. If you remember, the 2020 Olympics took place in 2021 — as in, last year. Yeah, I know, the international stuff can get confusing, but I’m here to help you. Trust me.

Now, perhaps quietly to some, international play quickly resumed this past November with the first window of 2023 World Cup qualifying, which we’ll recap shortly.

You have four sets of qualifying regions: Africa, Americas, Asia/Oceania, and Europe. There are six windows played over a 15-month span (starting from this past November), where the competing squads normally would participate in two games per window. COVID had other ideas — more on that later.

Currently, each region has groups of four, and the top three in each group will advance to round two following the June/July window. This current round of qualifying is between Nov. 20-30, Feb. 21-March 1, and June 27-July 5, after which we’ll enter round two. Round two also occurs over three windows: August 22-30, Nov. 7-15, and Feb. 20-28, then those who will have qualified will enter group drawing next March, and we’ll see them compete between August 25-September 10 — the World Cup.

Now, let’s lay out all the things you should probably know and, if you see a number in parenthesis next to a team that’s listed, that’s their current world ranking, according to FIBA. So if you feel like your people are being misrepresented, leave me alone and take that up with them. (Unless … unless you mean, you know, actual greater good/societal misrepresentation, then … let’s talk, because me, too.)

As they did in 2019, Africa will get five of the final 32 World Cup spots. Though they’re hoping for a better result, because none of them advanced past group play. The Groups are as follows:

First Window Summary: Africa has a slightly different format. Groups A and C each played three games from Nov. 26-28, the biggest perhaps being Cape Verde’s 79-71 upset over Nigeria, which helped move their ranking from No. 100 to No. 74 in the world. Thus, Groups A and C will return in the summer window. Nigeria and Mali are 2-1 and lead Group A, and Cote d’Ivoire went 3-0 in November, sitting atop Group C. Groups B and D begin qualifying on Feb. 25 at Dakar Arena in Senegal, which will be three straight days of games through the 27th.

Tunisia’s To Lose?: Tunisia went 10-2 in their World Cup qualifying for the 2019 tournament, and is expected to have similar production in group play here. Tunisia won the 2021 AfroBasket this past September, led by tournament MVP Makrem Romdhane, and All-Tournament guard Omar Abada. There’s also a chance star center Salah Mejri suits up for Tunisia. The 7-foot-2 former Dallas Maverick led Tunisia with 16.4 points, 10.4 rebounds, and 3.2 blocks per game in their second ever World Cup appearance three years ago.

The Biggest What If: Tunisia plays Cameroon on Feb. 25. Cameroon is one of the many wild cards worth keeping tabs on. They still haven’t been able to piece together the dream frontcourt of Joel Embiid, Pascal Siakam and Luc Richard Mbah a Moute, who hasn’t played since the NBA bubble. Embiid came close in 2017, but ultimately didn’t play. Obviously, NBA players rarely can compete in these qualifying windows because of, well, them being in the NBA. But if Cameroon could do well enough and qualify, who knows if that’ll be enough to lure Embiid and Siakam into international play.

The Americas will, again, send seven to the World Cup late next year. The Americas have the standard format across the board, so this window will mark two games for each club. The groups are:

First Window Summary: Argentina, Venezuela, Brazil, Uruguay, Canada, Dominican Republic and Mexico are all 2-0. U.S.A. and Puerto Rico are the only 1-1 teams in the Americas, and will play each other on Tuesday in Washington D.C. Notably, for Team U.S.A., Jim Boylen coached the club in the November window, in which they held off Cuba 95-90, then lost to Mexico in Chihuahua City, 97-88. Although Cuba is 0-2, their star, Jaisel Rivero, is good enough to steal them a game. Rivero put 34 (13-18 shooting) with 9 rebounds and 3 threes on Team USA in their narrow loss. Rivero currently competes with Liga ACB and EuroCup’s Valencia Basket in Spain, where he averages 11.1 points (second on team) and 4.9 rebounds (third on team) across all competitions.

21 points for @isaiahthomas last night, including 4 made threes, none bigger than this dagger. 👀

Uncle Iso Joe: Among the notables who suited up for Team USA in November were Isaiah Thomas, Luke Kornet, Chasson Randle, Haywood Highsmith and Shaquille Harrison, among many other current and former NBA players. Seven-time All-Star and 40-year-old Joe Johnson, who famously was a Boston Celtic briefly earlier this season, is confirmed to be suiting up with Team USA in this February window. Brian Bowen II is the only player returning from the November window. Other Team U.S.A. members include current G Leaguers Jordan Bell, David Stockton, Langston Galloway and Justin Wright-Foreman, among others.

Both Puerto Rico and Mexico starting this cycle with new coaches, too: https://t.co/PCDaPmNumy

In the 2019 World Cup, Asia/Oceania sent eight teams over, which they’ll do again in 2023. Here are the groups:

First Window Summary: Due to travel restrictions (COVID), several games had to be canceled, so while the format was originally the same as the Americas, it came with some modifications. No one in Group A has played yet, so they’ll each play four games to compensate, all of which will take place between Feb. 24 and Feb. 28. In Group B, only China and Japan were able to play, and China smacked them twice, 79-63, and 106-73. Australia and Chinese Taipei are each scheduled to play three times between Feb. 25 and Feb. 28. Japan will play twice in this window, once against each of them, and China will return for four games in the third window to end round one.

Medal Momentum: This will mark the first we see of Australia since finally winning their first medal at the 2020 Olympics (that were played in 2021). Australia had lost the bronze medal game in the 1988, 1996, 2000 and 2016 Olympics before finally medaling in their fifth attempt. In their history, they’ve never had a better World Cup finish than in 2019, where they lost in … another bronze medal game. Perhaps Australia is really turning a corner now.

The Boomers have done it- Australia have secured their first ever men’s basketball Olympic medal!

Europe is the largest region of basketball playing powers here, so their rules are slightly different. Instead of four groups, there are eight. As a result, they’ll get 12 World Cup bids.

Here are the groups:

First Window Summary: Everyone here was able to play two games in November. Your 2-0 teams are as follows: Belgium, Slovenia, Israel, France, Lithuania, Bosnia, Spain and Russia. Your 0-2 teams are Netherlands, North Macedonia, Bulgaria, Czech Republic, Portugal, Poland, Croatia and Slovakia. Czech Republic was a story from the 2019 World Cup. They shockingly punched above their weight and reached the quarterfinals. Czech Republic, led by Tomáš Satoransky, finished sixth, one spot above Team U.S.A. But, so far, they haven’t won a game in 2023 qualifying. Czech Republic lost to Bosnia 97-90 and Lithuania 74-66. They should have a breakthrough against Bulgaria on the 24th, but it’ll be difficult to set themselves up for a repeat of 2019, which was their first World Cup bid.

The State of Spain: After winning the 2019 World Cup with an incredibly stacked team, including tournament MVP Ricky Rubio, captain Rudy Fernández, Marc Gasol and Willy Hernangómez, Spain was knocked out of the Olympic quarterfinals by the United States. Their Olympic team featured many of their same heavy-hitters, including even Pau Gasol, who retired in October and is now a member of the International Olympic Committee. Like the United States, many of the players you’d expect to see on their World Cup roster likely won’t participate much until then. Even so, expect them to continue reigning as one of the top teams in the world. We could talk about the age factor around this time next year, perhaps.

The Sleeping Giant: Slovenia famously jumped 12 spots after their debut Olympic performance, largely led by Luka Dončić, accompanied by standout pro teammates Mike Tobey, Zoran (Goran’s brother) Dragić, and Vlatko Čančar. Slovenia finished fourth, losing to Australia in the bronze medal game. They didn’t qualify for the 2019 World Cup, but did win the 2017 EuroBasket, in which Goran won MVP and Luka, at 18 years old, was named to the All-Tournament team. (Anthony Randolph played for the Slovenian team, then. Who knew?!?) Dragić and Tobey are listed on the roster for this window. Look for them to continue raising hell in qualifiers, and if Dončić suits up, in the World Cup, too.