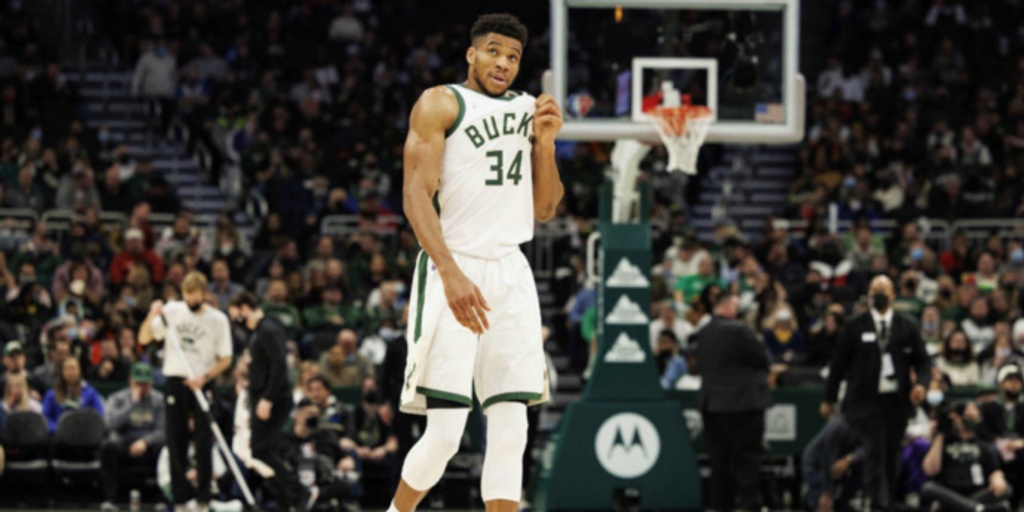 Every day, BasketballNews.com gives you NBA betting analysis before tip-off. Make sure you subscribe to our daily podcast, “Nothing But Bets” on Apple Podcasts, Spotify or wherever you listen to podcasts. Also, make sure to start tailing our PrizePicks Power Plays after the All-Star break, because we keep winning big.

Without further ado, let’s go ahead and look at the betting market for future NBA award winners.

There’s been a lot of movement in the MVP conversation throughout the regular season. At first, Stephen Curry was the heavy favorite with the way Golden State was dominating teams atop the Western Conference. Now, with Curry cooling off and Draymond Green's injury, his MVP case has fallen off the radar a little bit. At the moment, it looks like a three-man race to have a legitimate MVP conversation. Those contenders are Joel Embiid, Nikola Jokic and Giannis Antetokounmpo.

At the moment, the safe wager feels like Embiid. Over the last two-plus months, Embiid has been single handedly carrying the Sixers. James Harden’s arrival should make Embiid’s job much easier as well. Embiid’s odds at +140 is a smart strategy right now, but keep an eye on Giannis at +380 if he closes strong.

Rookie of the Year

A few awards show some real separation in sports books right now. Rookie of the Year is one of the easiest examples with No. 3 overall pick Evan Mobley checking in atop the list with -500 odds. Since Mobley’s arrival, Cleveland has transformed overnight becoming a legitimate contender in the revamped Eastern Conference. The Cavaliers’ core with Mobley, Jarrett Allen, Darius Garland, Caris LeVert, Collin Sexton and Isaac Okoro can go up against a lot of young talent around the Association.

A dark horse contender to monitor is Josh Giddey with an enticing +1100 odds. With three straight triple-doubles, Giddey could keep rising the rookie leaderboard to make it a real race with Mobley. In the meantime, Cleveland’s transformative draft pick is the pick.

This is another award where the odds lean heavily to a favorite at this stage of the season. Although he deserves more love in the MVP race to be honest, Ja Morant has -500 odds to win Most Improved Player. The Grizzlies’ incredible rise up the Western Conference standings is due in large part to Morant taking the leap to superstar. Also, the Grizzlies’ young core has put them in a position to compete for deep postseason runs for years to come.

The only real competition for Morant could be Charlotte’s Miles Bridges, but the narrative strongly favors Morant and the Grizzlies to create more separation over the next few months.

Coach of the Year

This is the time where the NBA needs to right one of the biggest wrongs from 2020-21. How did Phoenix Suns head coach Monty Williams not win this award last season? It’s time to finally give him his well-deserved accolades, helping turn the Suns from a laughingstock into a juggernaut in short order. Williams has the Suns on pace to finish with their best record in franchise history, so the debates against Williams feel very few and far between.

Sure, there are other contenders for this award like JB Bickerstaff (Cavaliers) and Taylor Jenkins (Grizzlies), but this just feels like Williams’ year to finally grab this award.

Sixth Man of the Year

Can we just hand this award over during All-Star weekend in Cleveland? Tyler Herro runs away with the odds for Sixth Man of the Year with a jaw-dropping -1400 line. The reason why it’s so strong is not only due to his own scoring growth, putting up career-highs in multiple offensive categories, but the Heat also sit atop the Eastern Conference standings as well.

Herro is an instrumental piece to the Heat’s puzzle, putting them squarely in contention to make an NBA Finals run this season. There’s not many dark horse options for 6MOY as well, maybe you can throw in Kevin Love at +3000 odds if you feel risky. Let’s get this over with already and just hand Herro his hardware.

Defensive Player of the Year

Is this slowly but surely just becoming the NBA’s “Rudy Gobert” award? Once again, the Utah Jazz’s big man is the odds-on favorite to win his fourth Defensive Player of the Year award. However, there’s some real intrigue to this year’s DPOY race.

Draymond Green was the favorite before he went down with injury, still checking in at +200. Could Green make another push post-All-Star break? Giannis is the other real contender to watch here with an intriguing odds listing at +450, the only player within the top three probabilities for both MVP and DPOY. If the Bucks continue to move up the standings, Giannis’s case for both awards will grow exponentially.

For now, we side with Gobert in Utah, but the race is far from over.