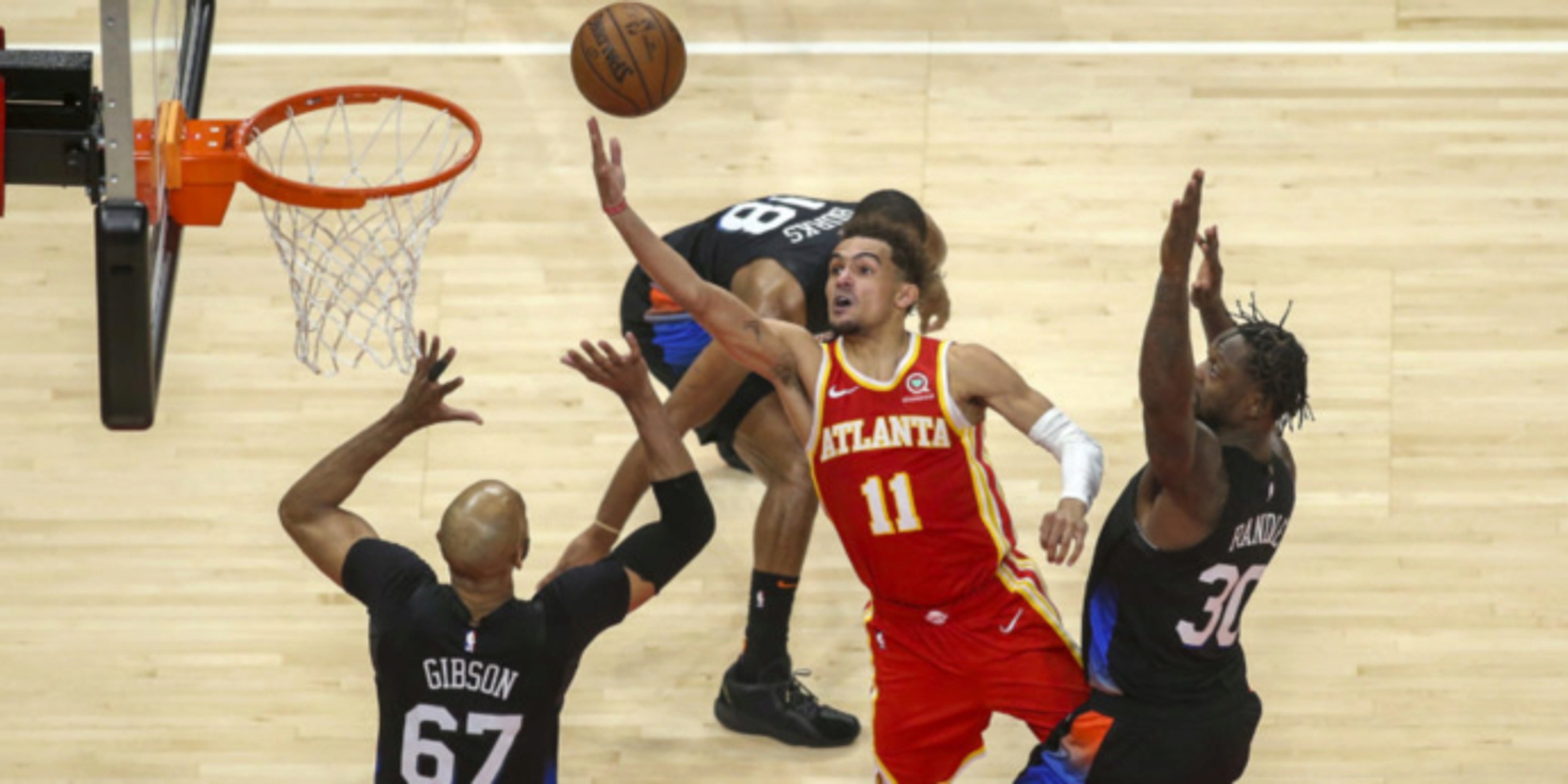 The New York Knicks were an elite defense this season. They finished the 2020-21 campaign fourth in overall defensive rating (107.8) and third in half-court defense (93.1), per Cleaning The Glass.

Not only were they good; they were consistently good. They ranked no lower than ninth in defensive rating for any calendar month.

Head coach Tom Thibodeau schemed up a disciplined squad, built on a strong middle presence, weak-side overloading and an inherent trust that his guys would be able to close-out hard enough to make corner skips moot. To that point, no team allowed a lower field goal percentage at the rim (60.5%) or from three (33.8%) than the Knicks, per Cleaning The Glass.

While the reward of the regular season was high, there were always exploits. Teams struggled to convert at the rim, but had less issue getting there; the Knicks ranked 21st in the percentage of shots allowed at the rim. The same could be said for threes -- corner shots specifically. Only four teams allowed a higher share of corner triples than the Knicks (9.7%).

If only there was a team, maybe even a specific player, that was good enough to poke at the inherent limitations of the Knicks' scheme.

Young has simply been incredible through three games, averaging 27.7 points on 50% shooting from two, 43.8% shooting from three, 94.1% shooting from the line, and 10.3 assists. The efficiency of the points stand out, but it's not enough that Young has been efficient; he's done so in a way to completely break what the Knicks want to do.

It all starts at the point of attack. Their primary point guards -- Elfrid Payton in spot-starter minutes, and Derrick Rose -- are tasked with fighting over (high) ball screens and staying attached to Young's side or hip. From there, they must funnel Young into tough spots. Long twos are the goal, but forcing Young to finish over Nerlens Noel is a nice consolation prize.

The issue is that Young is a bit too slithery to contain. He's done a great job of mixing in straight-line attacks off of screens, or playing the pace game to wrong-foot defenders into taking bad angles.

Young isn't a Curryian shooter by accuracy, but he is by audacity. He's good enough at those deep bombs -- he shot 36.2% on threes from 30 feet or farther this season, per Synergy -- to require attention.

More space to navigate = more avenues for Young to get to his spots.

You don't want Young to get to his spots.

Even when defenders are able to stay attached and force Young downhill, he's been wildly effective on floaters. He's converted half of them when taking them out of pick-and-roll in this series, per Synergy.

Below, pay special attention to the pace that Young plays this pick-and-roll. He doesn't start his attack until Reggie Bullock (please stop putting him on Trae, Thibs!) leaps out of position. Young gets into Bullock's body, then explodes away from him before using an inside-out dribble to free Taj Gibson. The sneaky part about Young's floater is that they look identical to his lob passes.

He's also mastered the art of the instant deceleration, cutting his drive short to draw a foul. He's drawn fouls on 11.1% of his pick-and-roll possessions in this series, a slight decrease from his regular-season clip (11.8).

Same process as the Bullock clip above. Young gets Alec Burks off-balance before driving and gaining inside leverage. Once he feels Burks on his hip, he just... stops.

That's just Young as a scorer. Passing remains his best skill, as hard as that may be to believe. Even at his size, every pass in the book is available to Young, with either hand.

Young has to account for every defender on the floor when initiating in pick-and-roll. He only reads the third defender in the action, typically the weakside defender.

If that defender doesn't come for a tag, Young knows he'll have a 2-on-2 to work with. That 2-on-2 is generally a 2-on-1 with the way Young consistently gets his defender on his hip. If the big isn't in perfect positioning, buckets will be had.

Here's a clear example in the video below. The Knicks do a solid job here of shutting down the initial "Double Drag" action. But watch what happens next. Young and John Collins reset and flow into a 1-4 pick-and-roll of their own. Taj Gibson has to stay with Clint Capela in the dunker spot, and RJ Barrett doesn't provide extra relief on the other side of the action. Easy lob.

And if a third defender does slide over, Young can make them pay with live-dribble skips. This is an incredibly tough pass that he makes look easy. The key to all of this is Rose; once Young sees him drop down to provide extra relief, he knows where the ball is going.

The Knicks have mostly committed to their drop scheme in this series, though they've sprinkled in some hedges and flat-out traps. This is a sound adjustment on the surface. Young is small, and the Hawks don't necessarily have a Draymond Green on the roster to operate as a short-roll threat.

But how good is a trap if Young can dribble out of it?

Through three games, Young has proven he's the best player in this series. Not only is he the best player on the floor, there's no real answer for him. That's the scary part for the Knicks, but ultimately a hat tip to Young's offensive prowess.