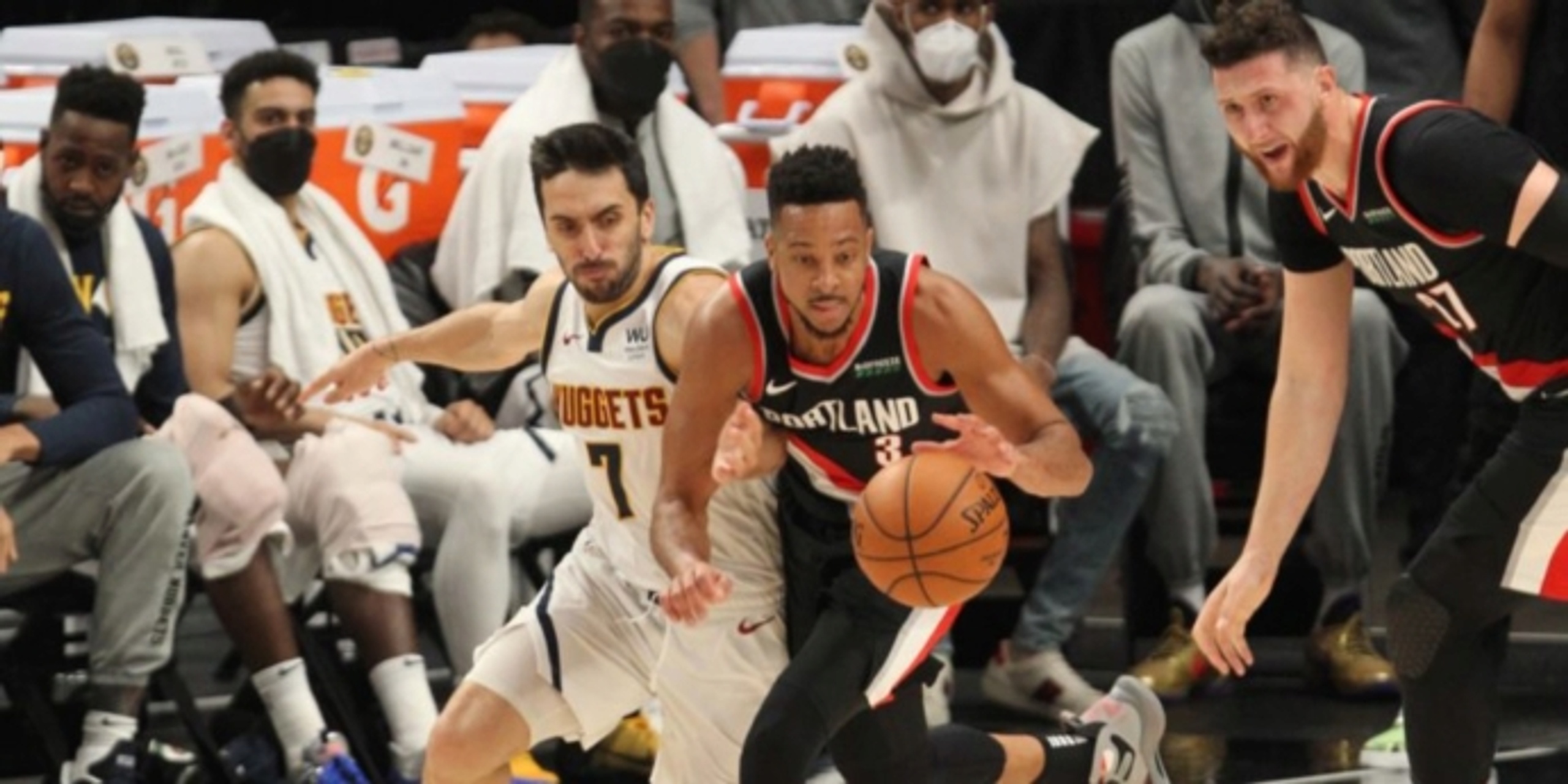 Norman Powell matched his career playoff high with 29 points and the Portland Trail Blazers beat the Denver Nuggets 115-95 on Saturday in Game 4 to even the first-round series.

Powell made four 3-points and was 11 of 15 from the floor, and CJ McCollum added 21 points for the sixth-seeded Trail Blazers.

Game 5 is Tuesday night in Denver.

Nikola Jokic finished with 16 points and nine rebounds for third-seeded Denver before sitting out the final quarter. He was the Nuggets' top scorer.

Portland star Damian Lillard was 1 for 10 from the field but finished with 10 points, 10 assists and eight rebounds. He also sat for the final quarter after the Blazers led by as many as 33 points in the third.

The Nuggets downed the Blazers 120-115 at the Moda Center on Thursday night. In that game, Denver had 20 3-pointers and got a boost from four straight 3s from Austin Rivers during a key stretch in the fourth quarter. On Saturday, Rivers had eight points.

It was imperative for Portland that big man Jusuf Nurkic — probably Portland's best defense against Jokic — stay out of trouble after fouling out in the previous two games. Portland's bench, with the exception of Carmelo Anthony, had also been struggling, outscored in Game 3 24-19 by Denver.

Nurkic finished with 17 points, and Anthony had 12.

Game 3 of the series was blacked out for some viewers in the Denver area because of an ongoing dispute between Altitude Sports and providers Comcast/Dish. Altitude had exclusive rights to Game 3, meaning only subscribers to DirecTV could watch.

Game 5 in Denver could face a similar blackout for some fans.

Nuggets: Will Barton remained out for the Nuggets with a hamstring injury, although he was close to a return. ... Jamal Murray stayed back in Denver to continue his recovery from ACL surgery. Murray was also concerned about the local TV situation, tweeting: “We gotta find a way to get our games everywhere.”

Trail Blazers: With his start Saturday, Lillard matched Kevin Duckworth atop Portland's career list with 59 playoff starts. ... Zach Collins, who has been out with a fractured left foot, put up shots before the game. There was no word on his return. ... Portland's lead at the half was its first of the series. ... Fans sang “Happy Birthday” to Anthony between the third and fourth quarters.