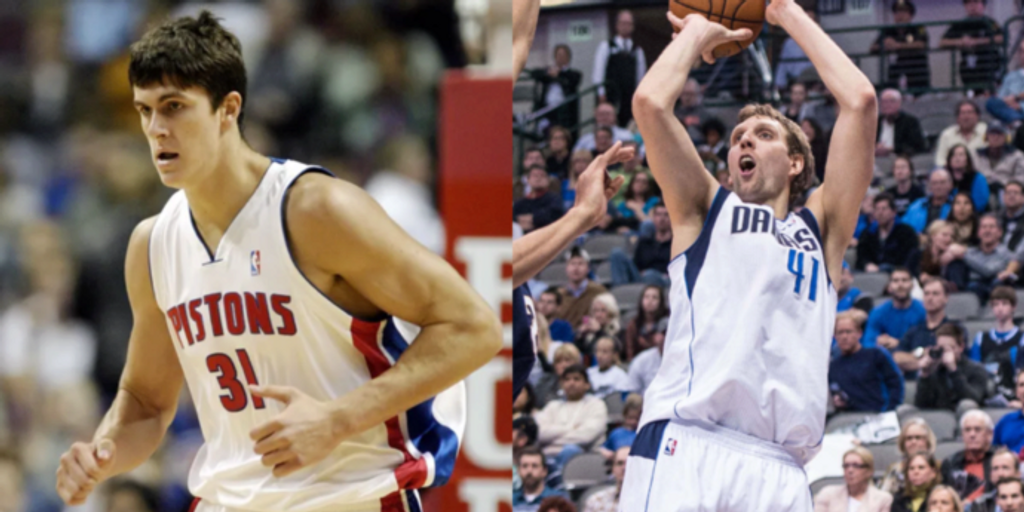 Looking back on the worst draft comparisons in NBA history

Nearly every rookie who enters the NBA draws comparisons to a current or former NBA player leading up to draft night. It helps the fans get more familiar with the players who are coming into the league, and gives a perspective of their capabilities and potential career. Many of these comps are correct and representative, but from time to time, we get horrendously wrong and funny comparisons that end up being way off in the long run. Here are some of the worst draft comparisons in NBA history:

Coming into the 2006 NBA Draft, Adam Morrison was one of the most sought-after prospects, and for good reason. The Gonzaga star averaged 26 points and 8 rebounds in his final season, and got drafted third by the Charlotte Bobcats. Expectations were significant, especially after getting the Larry Bird comparison. At the time, it seemed relatively justified, as Morrison was a small forward with similar size to Bird, a sweet stroke and knack for scoring. After a solid rookie season in which he averaged 12 points per game, Morrison would tear his ACL and never be the same again. He was mostly known for warming the bench during the Los Angeles' Lakers championship runs before eventually going overseas and retiring. Had he not suffered the injury, Morrison could have had a better career, but likely nowhere near Bird's.

Shaq was the most dominant force the NBA has ever seen, so how do you even compare any incoming rookie to The Diesel? When Eddy Curry came into the 2001 NBA Draft right out of high school as a 7-foot, 300-pound center, he had a frame that was very similar Shaq's. And since he also had a finesse game and a jumpshot, NBA decision-makers fell in love with his potential. While Curry would have a few good seasons and even averaged 20 points per game one year for the New York Knicks, he was nothing close to what people predicted. The so-called “Shaq with a jump shot” battled major weight problems throughout his career and eventually retired from the NBA in 2013 at 30 years old.

Markelle Fultz's NBA career is one of the more confusing and unexplainable stories in recent history. The first pick of the 2017 NBA Draft came into the league with the reputation of an all-around scorer and NBA-ready player. But after a mysterious shoulder injury, Fultz’s jumpshot simply disappeared and became too ugly to look at. It's something we have never seen before, especially with a No. 1 pick. The comparison he was constantly receiving before the draft was James Harden due to his scoring ability and strength. But as fate would have it, Fultz would be the polar opposite of Harden. Nowadays, Fultz managed to turn things around for the better in Orlando last season before tearing his ACL. Still, even if he continues to improve after getting healthy, Fultz could become a valuable NBA player — but nowhere near Harden or a No. 1 pick.

Getting drafted ahead of Dwyane Wade, Carmelo Anthony and Chris Bosh already made Darko Miličić one of the biggest busts in NBA history. Getting compared to one of the best power forwards ever also didn’t help his case. There was plenty of mystery surrounding Darko leading up to the 2003 NBA Draft and, with his size and skill, he had a ton of potential. However, things would just never click for the Serbian big man. His poor work ethic, mixed with a limited skill set, had Darko riding the pine with the Detroit Pistons. Before the draft, Pistons executives fell in love with his mobility and soft touch for a player his size. Naturally, that led to comparisons with another European big man — Dirk Nowitzki. However, that comparison would turn out to be way off; it seemed to be based more on Darko's appearance and the fact that he was an international big than anything. Darko managed to stick around in the NBA for 10 seasons and even won a ring (with Detroit in 2004), but he still remains a huge draft miss for the Pistons.