Quiet perseverance of Ziaire Williams paying off for the Grizzlies

The NBA Draft is a thrilling and captivating night for everyone interested in basketball. From players rising and dropping from their projected slots to the blindsiding blockbuster trades, the variables of the night are intoxicating each and every year.

Leading up to the big night, there are numerous mock drafts and big boards created by several draft experts. BasketballNews.com Senior NBA Draft Analyst Matt Babcock is our resident draft expert who puts together a phenomenal draft preview each season.

Prior to the 2021 NBA Draft, Babcock and his team had Ziaire Williams being selected at No. 18 by the Oklahoma City Thunder, which was one pick behind the Memphis Grizzlies' original draft position before their trade with the New Orleans Pelicans.

Here was Babcock's analysis of Williams:

Babcock obviously goes beyond the numbers and dives into every aspect of a prospect with his evaluations, but if you were to just look at the box scores from Williams' freshman season at Stanford, you would probably be scratching your head as to why the Grizzlies moved up to take him at No. 10.

Needless to say, Williams struggled in his lone collegiate season with the Cardinal. Most believed he would have been available at No. 17 and that Memphis gave up too much in order to get him. There is a sense that the Grizzlies had some intel that Ziaire could have been taken anywhere from 13th to 15th, and in order to get him, they felt they needed to jump ahead of the field. Other rumblings indicated Memphis actually moved up to snag Josh Giddey at the 10th spot and settled on Williams as its Plan B.

As draft night played out, most in Memphis were in love with the idea of Moses Moody from Arkansas, and before the 10th pick was announced, the expectation was that the Grizzlies were choosing between Moody and James Bouknight.

However, it turned out to be Williams.

"Who?" echoed around the city of Memphis, but the quiet California kid had a new basketball home. Little did Grizzlies fans know, Williams was the player that Memphis executive president of basketball operations Zach Kleiman wanted all along — Plan A.

So why did Kleiman move up to get a prospect that many believed would be there at No. 17?

What did the Grizzlies see?

Who is Ziaire Williams?

Stanford associate head coach Adam Cohen knows quite a bit about the young man who calls LeBron James his uncle. When asked about who Williams is as a person, Cohen said the magic words that make prospect evaluators grin from ear to ear.

"Ziaire is a high-character individual who is going to do the right thing on the court and off the court," Cohen told BasketballNews.com in a Zoom interview. "He is going to work hard and wants to be a part of a great culture, which is obviously being developed in Memphis. He is the type of person that you want around your team, your families and your community."

Furthermore, he spoke about how difficult it was for the Cardinal to integrate Williams into the team due to the coronavirus pandemic sweeping the nation.

"Ziaire was the highest-ranked recruit we ever had come in, and it was a unique situation where we thought we could bring a young guy along with some older guys and have a great situation, but unfortunately COVID put us all in a bad spot," Cohen said. "Schools not in California were able to have their players on campus the summer before to train, but we never had them on campus prior to Ziaire's freshman year. We did not get our players until Sep. 15. When they got here, they could not be in a gym; we had to practice and shoot on outdoor courts."

Cohen shared that the team took off for the Maui Invitational — which was moved to Asheville, NC, due to the ongoing pandemic — and had everybody returned to campus, they would have had to quarantine for two weeks. So the team stayed in North Carolina and practiced at Chapel Hill for a few weeks before flying to Los Angeles to face off with Southern California. The game against the USC Trojans was canceled due to COVID, but Stanford's team was not allowed to return to campus until Christmas.

Unable to see their families or return home, members of the team set up shop in a Santa Cruz hotel. The Cardinal had access to a high-school gym for about an hour per day.

Just imagine going from living in the gym and working to perfect your craft to being granted a measly hour-a-day access as you attempt to prepare for Division I basketball games and the possibility of playing at the next level. That kind of disruption would certainly carry over to games.

"For Ziaire, being a young guy, not being able to spend as much time as he usually did in the gym, the weight room, treatment, the whole deal... it wasn't great for his development while at the same time, [he] made the best of the situation and did what he could," Cohen said. 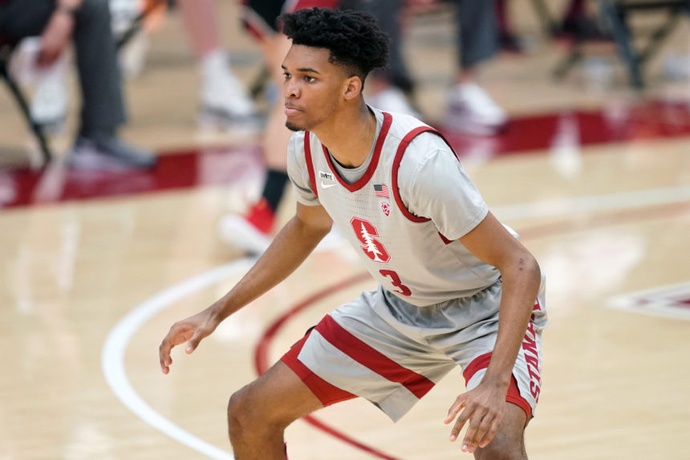 Transitioning from the college experience, Cohen discussed how Williams has been able to adapt to the NBA game with Memphis trusting him to learn and grow as a part of the rotation.

"The question about Ziaire is his strength because, physically, he is just not that strong. However, his IQ is super-high and he has been put in a perfect position," Cohen said. "He is not a guy on that team that has to go make plays for everyone else; he has Ja [Morant] who can do that for him, so he can just go out there and do his job and fill his role. In a lot of ways, I am not surprised [at how he has adjusted to the league] because his IQ is really high and he is being put in a position to suceed."

The Grizzlies handled Desmond Bane similarly last season by not handing him a heavy load during his rookie year, allowing him to adjust and grow his game. Bane stepped in and played his role in his first season, and now, has exploded in his second season. Perhaps Kleiman has found a formula for player development that works while his team still competes at a high level.

Perseverance must coexist with patience, and that patience not only comes from Williams, but his coaching staff, teammates and fans.

Coach Cohen absolutely nailed what's been taking place in Memphis in regards to the rookie's development: Grizzlies head coach Taylor Jenkins is putting him in a situation to succeed. Dillon Brooks has only played 21 games this season due to injury, and Jenkins has opted to start Williams in his place, forcing the rookie to learn on the job.

Williams looked every part the project early on this season, shooting an abysmal 24.6% from deep on 3.8 attempts, which ranked 37th among qualifying rookies through the end of January; he was also 25th in Net Rating at minus-1.6. His lack of physical strength and loss of a developmental year were clear with an occasional flash of upside at times.

Down one point against the Philadelphia 76ers on Jan. 31, Morant drove to the rim looking for a game-winner only to be met by a wall of defenders. Rather than forcing up a tough shot, he found Williams in the corner, wide open. He trusted the rookie to knock down the shot. When asked about the decision to pass it, Ja had this to say:

"[Ziaire was] open. His man came to help. It was the right play. I wouldn’t change it. If it happens again, I’ll make the same pass. I passed because I believe in him and know he is capable of making that shot. If that play comes again, I’ll pass it again," Morant said.

Since this shot, Williams leads all qualifying rookies in three-point percentage at 45.6%. In fact, among all NBA players since Feb. 1 who have played 15 games and attempted 3.0 or more threes per game, Ziaire has the eighth-best shooting clip from deep. For a month-and-a-half, he has been a top-10 shooter in the NBA. He has also improved to third among rookies in NET at plus-9.6, trailing only Jose Alvarado and Dalano Blanton.

For now, Williams is filling his role as a spot-up shooter and lengthy defender who disrupts passing lanes. What the Grizzlies have not unleashed is the Z who can facilitate as well as put someone on a poster at any given moment. Memphis is simply building his confidence now, just to unleash him in the future.

For years, the Grizzlies have sought the missing piece on the wing. They looked for it in Rudy Gay and Chandler Parsons to name a couple, but the search has always come up empty. But now, the organization has identified Williams as a high-character, high-IQ player with plenty of length and skill to fit between Morant and Jaren Jackson Jr. As the rookie continues to work and progress, growing with this young Grizzlies core, the sky could actually be the limit for both Williams and his team.

Ziaire Williams may not be the flashy name in his draft class and likely won't go down as a top-five talent, but the Grizzlies snuck up and stole a gem who was overlooked due to specific circumstances — and they will reap the rewards for years to come.