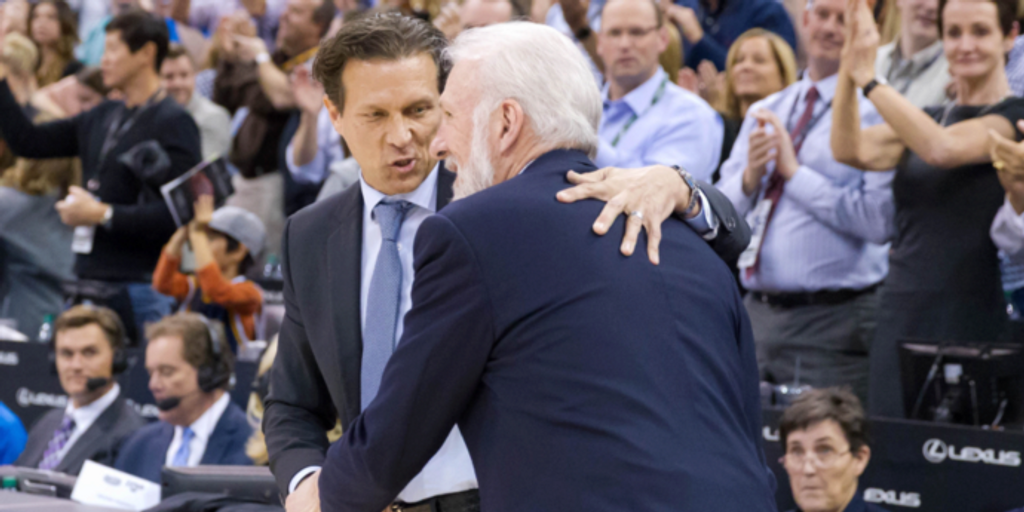 According to Marc Stein, Quin Snyder is a rumored candidate to succeed Gregg Popovich when Coach Pop's time is done with the San Antonio Spurs.

Snyder's head-coaching resume with the Utah Jazz speaks for itself, as his record is 365-256.

ANALYSIS: For any of this to happen, Snyder would have to move on from the Jazz. Even though Utah hasn't made the noise that they wanted to in recent years, they're in a much better place currently than San Antonio. Still, the opportunity to be named Popovich's replacement after what he's done for the Spurs organization would be a huge honor.