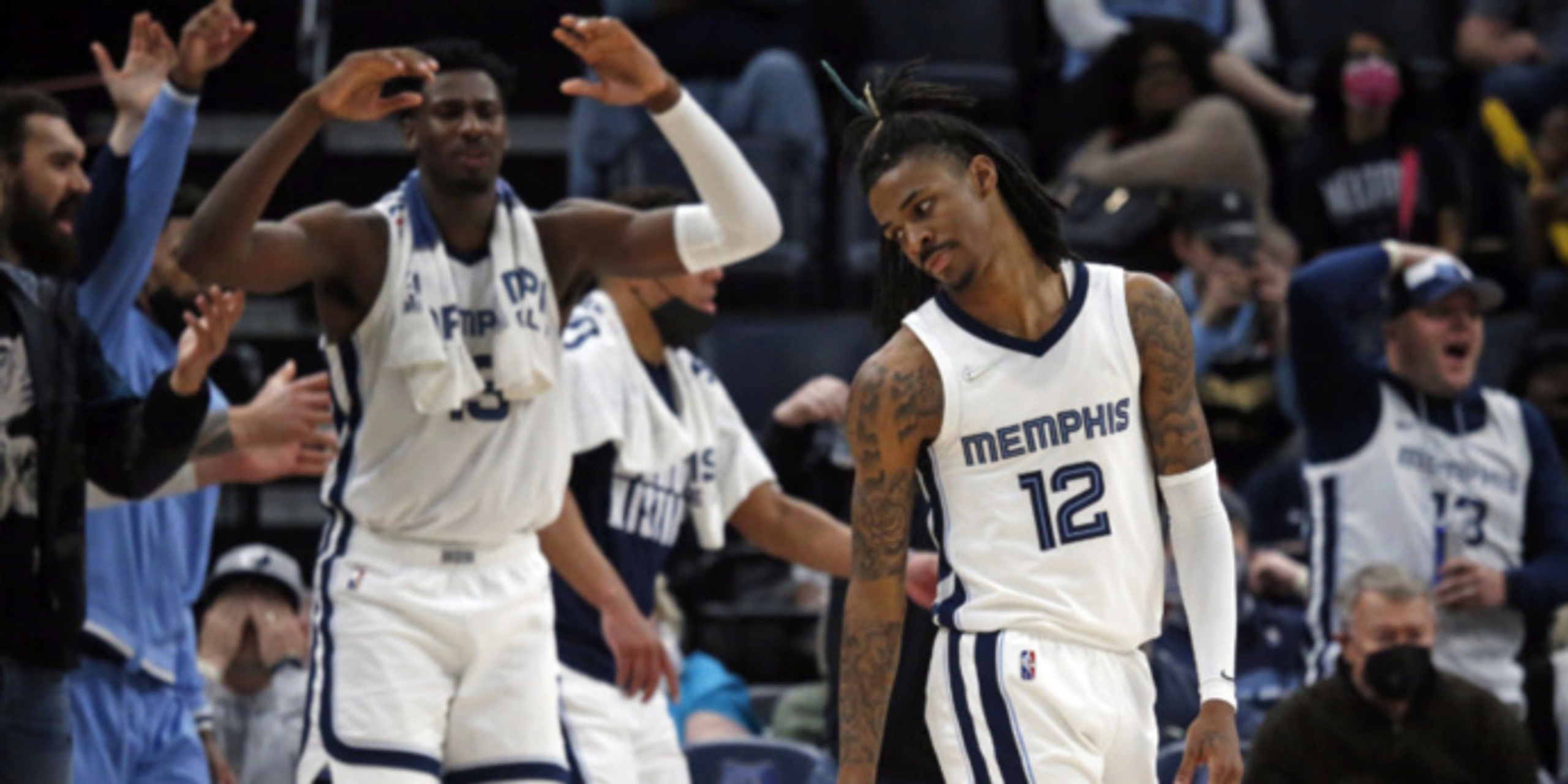 Ja Morant's goal is to give Memphis Grizzlies much more than the memorable highlight 360-degree dunk during his first All-Star Game.

“Our goal is to win the championship, and I feel like as long as we stay locked in, continue to grow together, play together, that goal can be achieved,” Morant said. “We just got to stay the course, take it day by day and let it play out.”

After having to play their way into the postseason last season, the surprising Grizzlies have the NBA's third-best record overall with 22 games remaining. They trail only Phoenix (48-10) and Golden State (42-17) with Memphis (41-19) just 1 1/2 games back of the Warriors.

It's an impressive turnaround after being 9-10 on Nov. 27 with Morant first out with an injured left knee, then health and safety protocols that cost him 12 games. Since then, the Grizzlies are 32-9 and lead the NBA in several statistical categories.

Memphis is tied with Charlotte as the NBA's top scoring team averaging 113.8 points a game. The Grizzlies also lead the league in rebounds (48.9), steals (10.1) and blocks (6.3) per game even with injuries limiting Dillon Brooks — their best perimeter defender — to 21 games.

Golden State coach Steve Kerr believes the Grizzlies are solid on both ends of the floor.

“A really good two-way team, creative on both ends,” Kerr said. "Even with the guys they have out, they’re really deep and flexible. They’re hot right now.”

This is what the Grizzlies wanted when controlling owner Robert Pera shook up his front office in April 2019 and made Zach Kleiman general manager. Memphis already had Jaren Jackson Jr. as the fourth overall pick in 2018, then nabbed Morant at No. 2 in 2019.

Kleiman has assembled a very young and deep team with 12 Grizzlies in their third NBA season or less. Center Steven Adams, a trade acquisition last summer, is the oldest in his ninth season. Rookie Ziaire Williams, the 10th overall pick, currently is a starter along with Desmond Bane, the 30th pick in 2020.

Third-year coach Taylor Jenkins has gotten them to play stingy defense led by Jackson, third in the NBA blocking 2.17 shots per game. They turn blocks and steals into more fast-break points than anyone else in the league with the Grizzlies finishing with lots of high-flying dunks.

“When we do that, it’s a spark, and we’re really dangerous when we get out into the open court,” Jenkins said.

Preparing for the Grizzlies requires a lot of attention to Memphis' transition defense. Detroit coach Dwane Casey credits the Grizzlies with having excellent defensive hands and Jenkins and his staff putting them in a system that fits Memphis perfectly.

“They’re a handful,” Casey said. “I don’t see a lot of weaknesses. You look at other teams in the West, and you see the Memphis Grizzlies right there at the top.”

Morant is the reason for the Grizzlies' high hopes as they begin the second half Thursday night at Minnesota.

He's the NBA's seventh-leading scorer averaging 26.8 points a game. He's also on pace to become the sixth player in league history to average at least 25 points, five rebounds and five assists a game at the age of 22 or younger. The others are Oscar Robertson, Michael Jordan, Tracy McGrady, LeBron James and Luka Doncic.

Giannis Antetokounmpo, the Finals MVP who led Milwaukee to the title last summer, said Morant and the Grizzlies are another small market team that can compete for the championship.

“He has an unbelievable team,” Antetokounmpo said. “They have great culture, a great coach. The sky is the limit for them.”