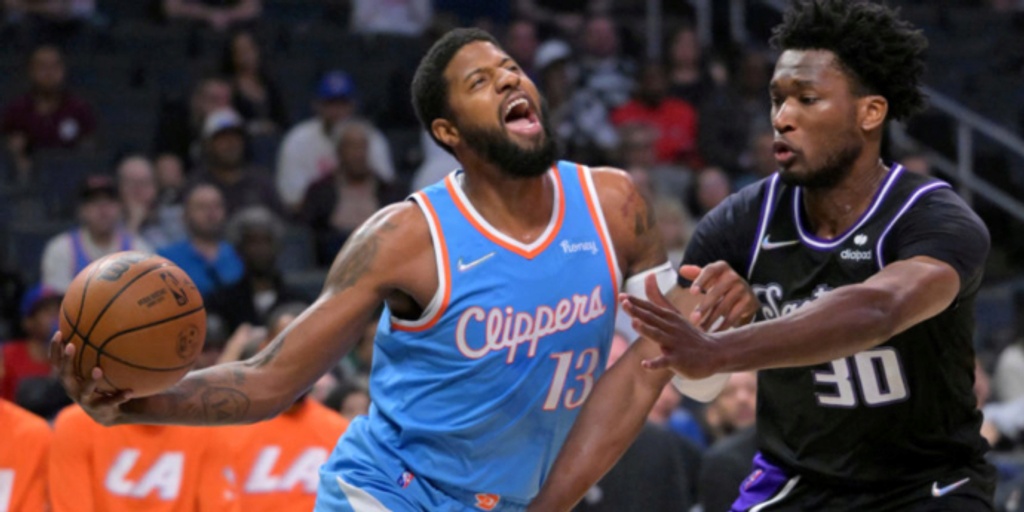 The Clippers are the Western Conference's ultimate wildcard

The Los Angeles Clippers face the Minnesota Timberwolves tonight to determine which team will take the seventh seed in the Western Conference playoffs and which team will need to face either the New Orleans Pelicans or San Antonio Spurs for the eighth seed. While the Clippers may ultimately fail to quality for the postseason, they have battled through injuries all season and are now primed to be a dangerous dark horse in the West with the recent return of Paul George and Norman Powell (and the possible return of Kawhi Leonard down the road).

The Clippers will have their hands full against the Timberwolves, who have a strong core of young talent that has taken on the gritty personality of former Clippers point guard Patrick Beverley. But Los Angeles has developed a stingy personality throughout the season, putting together several big comeback wins. And now, with George and Powell healthy, they add some much-needed firepower.

George, in particular, will be instrumental for the Clippers. He received ridicule for his lackluster performance in the Bubble, but George has looked spry since his return from a torn UCL in his shooting elbow and could carry this team like he did last year in the postseason. In his first game back, George posted 34 points, 6 assists, 4 steals, 2 assists and 1 block on 50% shooting from the field and 66.7% from beyond the arc. His ability to run the offense as a primary playmaker and scoring threat addresses one of the biggest issues the Clippers struggled with all season. Reggie Jackson has been the team’s primary scorer and playmaker throughout most of the season, but it left the offense sputtering at times, with the team often surrendering leads or creating huge deficits.

The Clippers made a habit of starting off slowly or going through long scoring droughts. With George and Powell bolstering the lineup, the Clippers now have more options to run their offense through. While the team has several talented offensive players, no one could replicate the offensive abilities of George so, anytime Jackson struggled, the Clippers’ offense staggered.

George and Powell have also bolstered the team’s defense, adding more length and physicality on the wing. George has been generating several deflections per game, jumping passing lanes and turning defense into easy offense in transition. Powell doesn’t have George’s length, but he is a gritty defender and has meshed quickly within the Clippers’ defense.

The sample size is small, but the early numbers for the Clippers since George came back are impressive. In seven games since George returned to action, the Clippers are first in offensive rating, sixth in defensive rating and first overall in net rating. These numbers cannot be relied on to make any definitive predictions about the Clippers’ matchup with Minnesota or their prospects in the postseason given the small sample size (and considering several teams played limited lineups), but the stats are encouraging. This is especially true when you consider that the Clippers were 22nd in net rating from the time George suffered his elbow injury until his return.

The Clippers’ shooting has been especially impressive recently. Since George’s return, the Clippers are second in True Shooting percentage (64.7%), first in three-pointers made per game (18) and first in three-point percentage (46.5%). Luke Kennard led the league in three-point shooting this season but is now sidelined with a hamstring injury. His loss could be an issue for the Clippers, but the person most likely to absorb his minutes is Amir Coffey, who has been on a tear in his most recent outings. In the Clippers’ season finale, Coffey posted 35 points, 13 rebounds, 7 threes (on 10 attempts), 5 assists and a block. This is another reason why the Clippers are such a wildcard in the West. Should the Clippers advance to the first round, Kennard would likely be back in the lineup and Coffey would probably only play a few minutes.

The roster is deep, featuring more than 10 veteran contributors who produce at a high level and have played effectively within their respective roles. With George back as the team’s number-one option and Powell playing exceedingly well in his limited action as a Clipper, there is reason to believe this team is peaking at the exact right time. 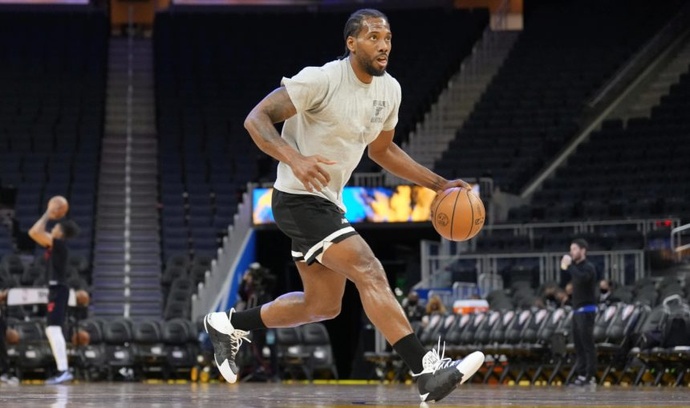 Then, there is the Kawhi factor.

Clippers head coach Ty Lue recently said that Kawhi has not advanced beyond individual workouts. However, Bill Simmons of The Ringer recently stated that he has heard that Leonard is now doing three-on-three workouts, which could indicate he is ramping up his rehab and moving closer to game action. Also, ESPN's Ohm Youngmisuk recently reported that Leonard may be able to return if the Clippers make it out of the Play-In Tournament.

If the Clippers advance to the first round and Leonard is able to return at some point, this team conceivably could matchup favorably against any opponent. It’s still not clear whether Leonard will return and what sort of condition he will be in, but the possibility of Leonard returning has to be scary for the Western Conference contenders.

With George playing at a high level, the Clippers have a puncher’s chance of beating anyone on any given night. With a healthy Leonard, they become a huge threat that’s much better than their 42-40 record indicates.

The Clippers have been hit harder by injuries this season than arguably any other team. As of April 8, the Clippers' players combined to miss 383 games this season, which is the third-most in the NBA (trailing only the Orlando Magic and Indiana Pacers). And when you factor in that their stars were often the ones who were sidelined, it's no surprise that the Clippers led the league in lost VORP (Value Over Replacement Player) this season.

Now, they are getting healthy at the right time and have a shot to make an improbably deep playoff run. A lot of things need to turn in their favor, but with a little luck, Paul George and the Clippers could make this one of the more interesting playoff races in recent memory.