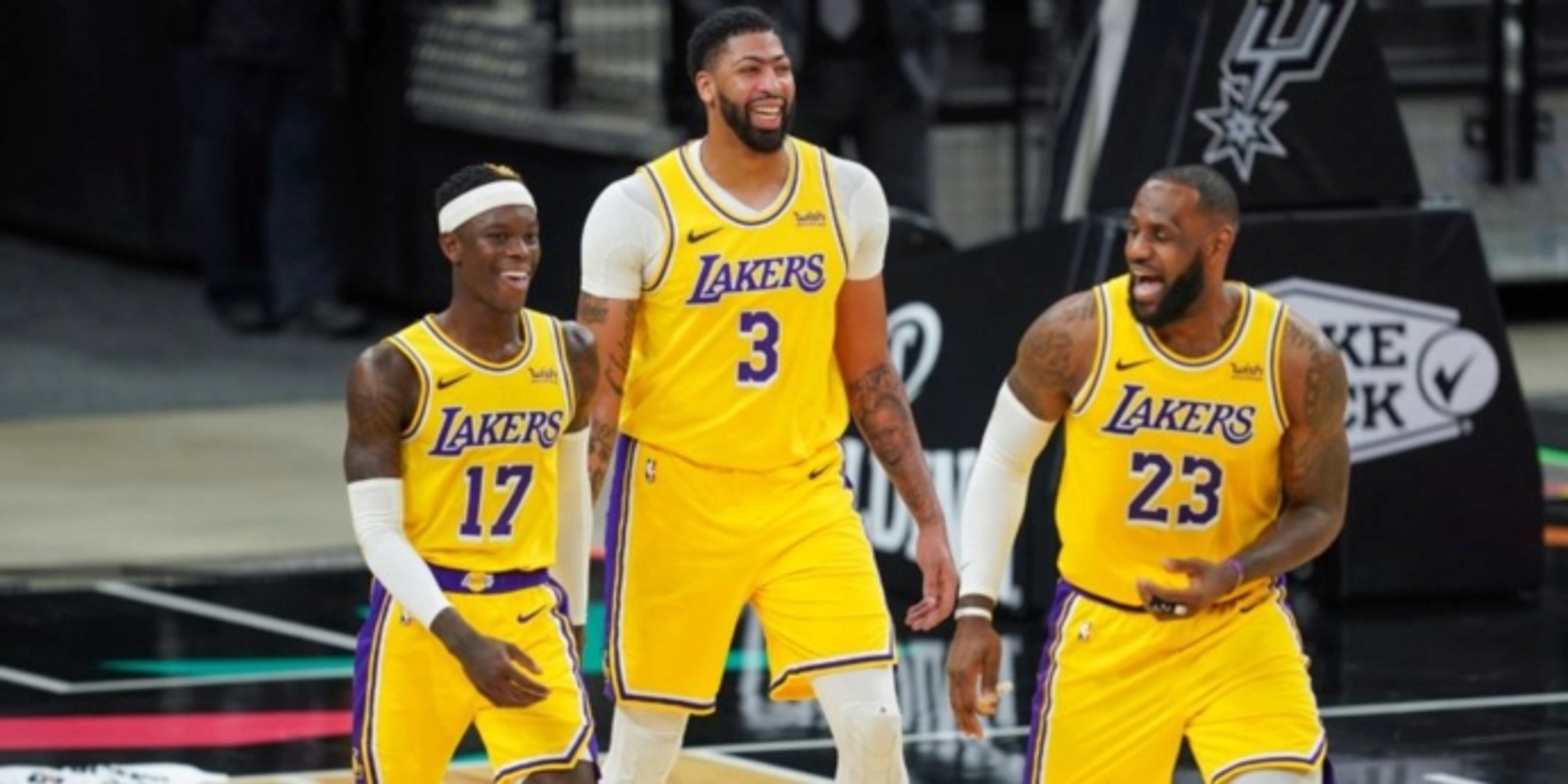 When the NBA announced the play-in tournament for the 2020-21 campaign, the press release specifically stated that it was only approved for this season. The league wanted to try something new and this condensed, 72-game season seemed like the perfect time. It remains to be seen if the NBA will keep the play-in tournament or abandon it next season.

Our Moke Hamilton wrote about why the play-in tournament was a resounding success and should be here to stay. There’s no question that there are some positives to the play-in; it made the end of the season more interesting and who isn’t looking forward to watching Lakers-Warriors and Celtics-Wizards? However, there are some cons that must be addressed too. If the NBA decides to make this an annual tournament, they’ll need to make some adjustments and address these issues:

For the top-two seeds in each conference -- the Utah Jazz and Phoenix Suns in the West and the Philadelphia 76ers and Brooklyn Nets in the East -- the play-in tournament makes it really difficult for them to scout their first-round opponent.

Think about this from Utah’s perspective. They worked extremely hard all season, winning 52 games and battling for the No. 1 seed. Now, after securing the top seed, their reward is… not learning their first-round opponent until the last minute. While the third seed, fourth seed, fifth seed and sixth seed are game-planning and studying film of their first-round opponent, the Jazz have no idea who they’ll be playing in round one.

At least the second-seeded Suns will learn who they’re facing tomorrow since they’ll take on the winner of the Lakers-Warriors game. But the Jazz and Sixers won’t find out who they’re facing until the play-in tournament concludes later this week. So the Jazz will learn who their first-round opponent is on Friday night, and then Game 1 against that opponent will be Sunday! They get less than 48 hours to prepare! While these teams are surely scouting all of their potential opponents and coming up with a game-plan for each, there’s no question that they would prefer to have their matchup locked in. Will this eventually lead to more upsets in the 1-vs-8 or 2-vs-7 series?

It just feels like the top seeds are getting a raw deal when they should be getting rewarded for an outstanding season. Perhaps if the top seeds (the Jazz and 76ers) were allowed to pick their opponent of the play-in winners, it would be more fair.

The seventh seed shouldn’t be involved

David Griffin, the executive VP of basketball operations for the New Orleans Pelicans, was recently on NBA TV and said that while he supports the notion of the play-in tournament, he feels that it should only be used to decide the eighth seed. Griffin argued that, historically, the seventh seed in the Western Conference is a team that has finished several games above .500, and by virtue of being the seventh seed, they have already done enough to “earn” their spot. They shouldn’t have to compete in the play-in to secure a playoff berth.

They are widely regarded as one of the top teams in the NBA, but they battled injuries to their best players (LeBron James and Anthony Davis), which caused them to fall down the standings. As a result, they are now competing in the play-in tournament, facing the Golden State Warriors on Wednesday night. But this a team that is 12 games over .500! The Lakers are three games ahead of the Warriors and nine games ahead of the 10th-seeded San Antonio Spurs! Yet, they still have to participate. If they have two off games (or if one of their star players get hurt), suddenly a team with a .583 winning percentage and one of the best rosters when at full strength won’t even qualify for the playoffs.

The NBA could accomplish the same goals and have the late-season fun if the eighth seed is the only spot up for grabs in the play-in tournament. Teams would still be fighting to get into the play-in, while others would be battling to earn a top-seven spot.

Teams should be able to play their way out of participating

In the NBA Bubble last year, the rules stipulated that there would only be a play-in series if the ninth-seeded team finished within four games of the eighth seed. The ninth-seeded Memphis Grizzlies finished a half game behind the eighth-seeded Portland Trail Blazers, so we got a play-in series. In order for the Grizzlies to steal the Blazers’ playoff spot, they had to beat them twice in a row. The game ended up being a ton of fun since it involved two equally-matched teams fighting for their playoff lives, with the Blazers ultimately beating the Grizzlies, 126-122.

In the Eastern Conference, the eighth-seeded Orlando Magic didn't need to participate in play-in action because they were seven-and-a-half games ahead of the ninth-seeded Washington Wizards in the standings.

Perhaps the NBA should adopt something similar for the play-in tournament, where if a team is a certain number of games above .500 or they’re far enough ahead of the seed right below them, they won’t have to participate.

That way a team that has played well all season and is clearly the best of the play-in bunch doesn’t need to participate just because they finished in the seventh spot.

Many people around the NBA have spoken out against the play-in tournament. For example…

LeBron James: “Whoever came up with that sh*t needs to be fired. But, whatever.”

Luka Doncic: "I don't understand the idea of a play-in. You play 72 games to get into the playoffs, then maybe you lose two in a row and you're out of the playoffs. So I don't see the point of that."

Mark Cuban: "In hindsight, this approach was an enormous mistake… The worst part of this approach is that it doubles the stress of the compressed schedule. Rather than playing for a playoff spot and being able to rest players as the standings become clearer, teams have to approach every game as a playoff game to either get into or stay in the top-six since the consequences, as Luka said, are enormous. So players are playing more games and more minutes in fewer days.”

Kenyon Martin: “The biggest issue for me is this play-in situation. I think that sh*t is bogus, man. That sh*t is wack. I think it's dumb. Like LeBron said, 'Whoever made up that sh*t needs to be fired.' I don’t understand it. I understand if you have two teams that are eighth and ninth and they have the same record or similar records, let them play one or two or three games -- a mini series -- and see who comes out on top of that. But having four teams? That makes absolutely no sense. It's definitely a money play. They are trying to make up for the Bubble and not having fans in the stands and all of that stuff. Now you’ve got the first [seed] sitting around wondering who they’re going to play; 4-vs-5 and 3-vs-6 know who they’re going to play, but No. 1 and No. 2 are just sitting around in limbo. How do you prepare? Normally, you have an idea of who you’re going to play in the first round. But how do you get prepared? You have to prepare for three different teams? How? They didn’t think this sh*t through, I don’t think.”

Typically, when the NBA’s biggest stars are against something, it doesn’t last very long. If the NBA wants to make this a permanent addition, they need to get their superstars on board. Perhaps making these changes can help with that.

Be sure to check out Moke Hamilton's article about why he considers the play-in tournament a success.