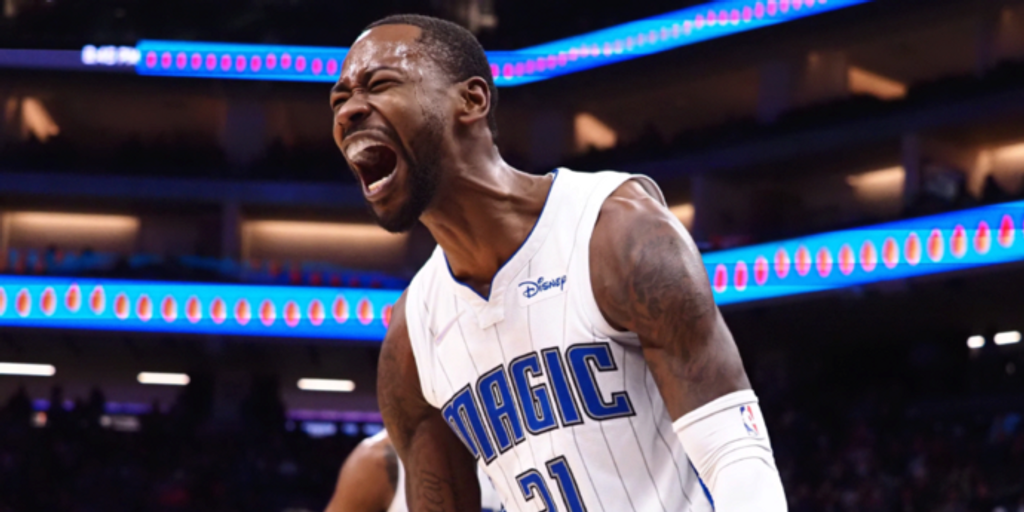 Here are the five best fits with T—nah, just kidding. This isn’t going to be that simplistic.

But a handful of teams should value Orlando Magic swingman Terrence Ross, who is being made available for trade, according to a report from The Athletic. To the surprise of absolutely no one, the desired compensation is highlighted by a first-round pick.

Maybe the Magic could get one, but who knows? The 6-foot-6 wing and 10-year pro will turn 31 years old in February and will make $11.5 million next season — the last of a $54 million four-year extension signed in July 2019. Ross’ salary for this current campaign is listed at $12.5 million.

Additionally, the University of Washington alum is statistically having his worst season since 2017-18, averaging 10.8 points on 39/30/86 shooting splits, save for his free-throw percentage; it’s well below his 13.9 points on 41/35/86 splits in now six seasons with the Magic. But, in fairness, the Magic are 5-23 as of this writing, and you may remember how motivated PJ Tucker looked while toiling away on last season’s nomadic Houston Rockets.

Riiight, so let’s give Ross a break here.

Ross provides shooting that is consistently streakier than it is sharp. Anyone who never averaged more than 16 points per game in a season but managed to go for 51 before might be one of the reasons there is a microwave badge in every NBA 2K game.

That said, there are several playoff (and maybe even championship) teams with high aspirations who may want to add an affordable, athletic veteran swingman to bolster their offense.

Josh Richardson makes $11.6 million this season and $12.2 million next, making for a perfect match... but what for? Juancho Hernangómez, like Richardson, is signed through next season, but at only $7.4 million. If you package him with 2019 No. 14 overall pick Romeo Langford, who makes $5.6 million next season, the financial end is taken care of. From there, the Celtics have their own firsts and a ton of second-rounders to play with. The Magic would also get a buy-low option in Langford, which reflects much of what they’ve been accumulating in their rebuild anyway.

Will Barton ($15.6 million) and Monte Morris ($8.5 million) are the closest to Ross’ $12.5 million, but neither should be included in this deal. With injuries to Jamal Murray and Michael Porter Jr. — both of whom could be out for the season — the Nuggets do need massive help offensively. They signed Davon Reed last week, who has already started a game, and the team is currently 24th in scoring, 27th in pace, and dead last in free-throw attempts.

Even with injuries, a healthy JaMychal Green only sees 14.4 minutes per contest, and Bol Bol is in Year 3 of waiting, only having logged 47 minutes in 10 appearances so far. Green has a player option for $8.2 million next season, and Bol is in the final year of his rookie deal. If any team is inclined to finally free Bol, it’s Orlando. Regarding draft picks, the Nuggets shouldn’t give a first, but they have control of most of their own, save for two. Their 2023 pick is lottery protected and in Oklahoma City, and their 2025 first is top-five protected in, of all places, Orlando. Denver controls its second-rounders from 2024 through 2026 and every year from 2028 onward.

Again, Orlando is 5-23: Why would the Magic care if Sarić — who tore his ACL during the NBA Finals — can’t play, so long as they could get some sort of draft relief for Ross? Saric is even due $9.2 million next season. Smith, who was drafted No. 10 overall in 2020, is the ultra-rare lottery pick whose third-year option was declined; he will be a free agent in 2022. That said, the Magic could talk themselves into throwing him out there and seeing if he’s worth keeping on a team-friendly deal.

To this point, the 21-year-old Smith has logged 213 career minutes over just 35 appearances. This trade package will likely be offered for a Ross-type of player (in salary, not necessarily style), and it works here if you think he’s an upgrade in the spot currently occupied by Landry Shamet. The Suns control all of their upcoming picks except for their 2022 first-rounder, which is top-12 protected and in OKC, and will likely convey.

When you go through NBA rosters, you realize that the league has a problem related to financial classes. There are a bunch of max or near-max players, and numerous others making sub-$5 million, with a thinning middle-class. Therefore, trades are harder to construct than they seem, even though Ross’s salary isn’t exorbitant by league standards. That said, other teams could make a play for Ross, but it’ll need to be aided by at least one other team’s participation.

The Los Angeles Lakers have 10 players on minimum contracts, none higher than the $2.6 million slots occupied by Carmelo Anthony, Trevor Ariza, Rajon Rondo, DeAndre Jordan, Wayne Ellington, Avery Bradley, and Dwight Howard. Kendrick Nunn, who still hasn’t played yet, is getting $5 million this season, with a player option for $5.3 million next year. Talen Horton-Tucker is at $9.5 million this season, followed by $10.2 million and an additional $11 million player option afterward, but he most likely isn’t getting moved for Ross.

The Philadelphia 76ers can’t trade Furkan Korkmaz until March (which is really after the season because the deadline is in February), but it would be ideal to give Ross his minutes. Korkmaz is getting, on average, $5 million a year between now and the 2023-24 season. Danny Green is getting $10 million, but don’t count on it. The Sixers will need some help, which will be hard to find mid-season. (Bad enough that they can’t figure out that whole Ben Simmons thing, huh?)