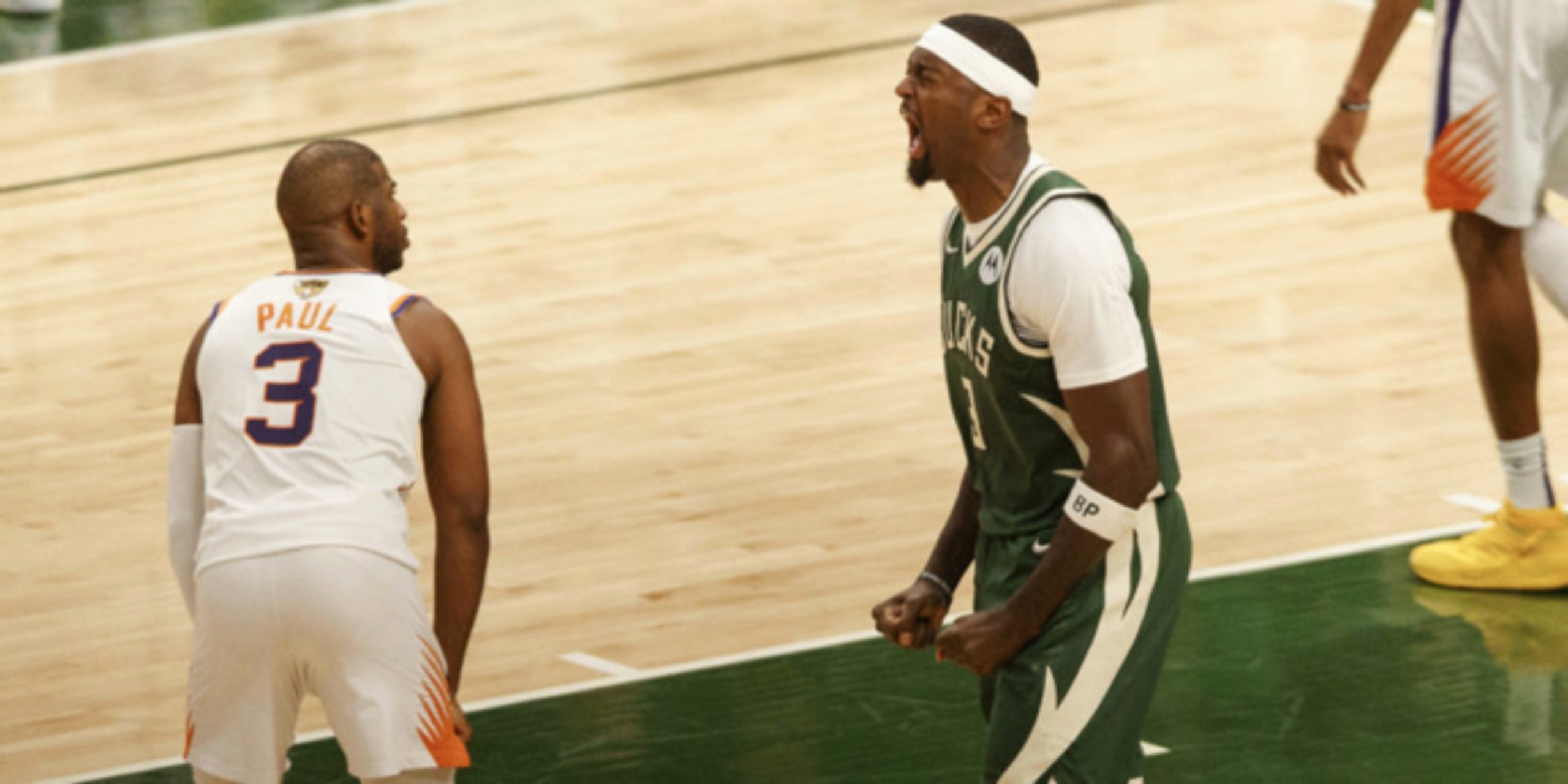 Thanks to the Bucks for keeping us all interested

Congratulations to Giannis Antetokounmpo, Richard Branson and Mike Brown, the only happy people in the United States or on the edge of space above it.

OK, that is overstating it.

But there were 25,000 people outside Fiserv Forum last night who are waking up ecstatic this morning after the Milwaukee Bucks cut their deficit to 2-1 in the NBA Finals. Behind 41 points from Giannis, they defeated the Phoenix Suns 120-100 in Game 3.

It wasn't all that long ago that 25,000 people congregating together would be considered a superspreader event. Gratefully, those days seem to getting behind us in America as we continue to adjust to life in July with meaningful pro basketball actually taking place. Usually, we would have wrapped up free agency and the draft by now, and everyone would be assessing their favorite team’s chances of winning the next championship.

Instead, we have more NBA Finals games coming Wednesday and Saturday night, along with Team USA trying to right itself after a stunning loss to Nigeria on Saturday night. The Olympics are just a couple of weeks away, and this will be one of the few relatively uneventful weeks of the summer with just two meaningful games being played -- one in Milwaukee and one in Phoenix. If these Finals go more than five games, we will have Game 6 on Tuesday the 20th and Game 7 on Thursday the 22nd.

The NBA Draft is July 29, by which time we will learn whether the United States Men's Olympic team was able to withstand France and Iran in front of an empty arena in Saitama, Japan. A final opening-round game against the Czech Republic comes on July 31, and at 6 p.m. ET on Aug. 2 we finally get to have NBA Free Agency.

It has been a long haul to get to this point, and if not for the Bucks winning by 20 last night, we would be in for a relatively dead month.

“Just having these guys here that really believe in us and trust in us, and having 20,000, 30,000, 40,000 fans outside just going crazy and having 17,000 inside, it's just a great time to be a Buck right now and it's a great time for the city of Milwaukee,” said Bobby Portis, who came off the bench and contributed 11 points and 8 rebounds in just 18 minutes.

The one and only, Bobby Portis:

Portis registered the third-highest plus-minus (+19) in Game 3 overall, and was a shot of adrenaline for the Bucks when he was on the floor.

“It's real diverse out there. See a lot of people just mingling and being together. I think just us winning and impacting the city has brought the city together,” he said.

To win a title, you must play the long game. At the end of the season, there is one winner and 29 failures, which is part of what NBA life is all about. There are new beginnings taking shape in Dallas, Indiana, Orlando, Portland and elsewhere, and everybody's slate clears 11 days from now.

The Suns are still ahead in the Finals, and they would not be where they are if not for an ability to bounce back. They have three more days in Milwaukee and are advised not to jaywalk. Larry Bird got arrested for that during a Celtics-Bucks playoff series eons ago.

Phoenix showed some resiliency in the third quarter when battling back to 74-70 on Sunday night, but the Bucks were playing with a sense of desperation that manifested itself with an array of killer runs, several of them led by Jrue Holiday either making a three of assisting on one.

“There's a lot of ways you can spin it, but they played with a great deal of aggression for longer stretches than we did,” Suns coach Monty Williams said. “We knew it was coming. We did not respond to it well tonight, especially in the second and third quarters. The turnovers certainly hurt us, points in the paint, everything we have been talking about the whole series. So it was a tough lesson for us to learn.

"You know what was coming, but just didn't do enough consistently to withstand their attacking the paint, whether it was penetration, offensive rebounding. We gave them so many possessions, so we lost a shot and then they scored off of it. It was a double whammy.”

The trick to playoff success is putting a completed game in the rear-view mirror. The object is to win four games, not one.

The Suns know that, having bounced back after trailing the Lakers 2-1 and failing to close out the Clippers at home in Game 5 of the Western Conference Finals.

“I think we know that we have to play with an unreal amount of aggression and energy for 48 minutes. That's the deal,” Williams said. “All of our guys know that we didn't. We have had this happen to us before in the playoffs, and so I expect our guys to bounce back.”