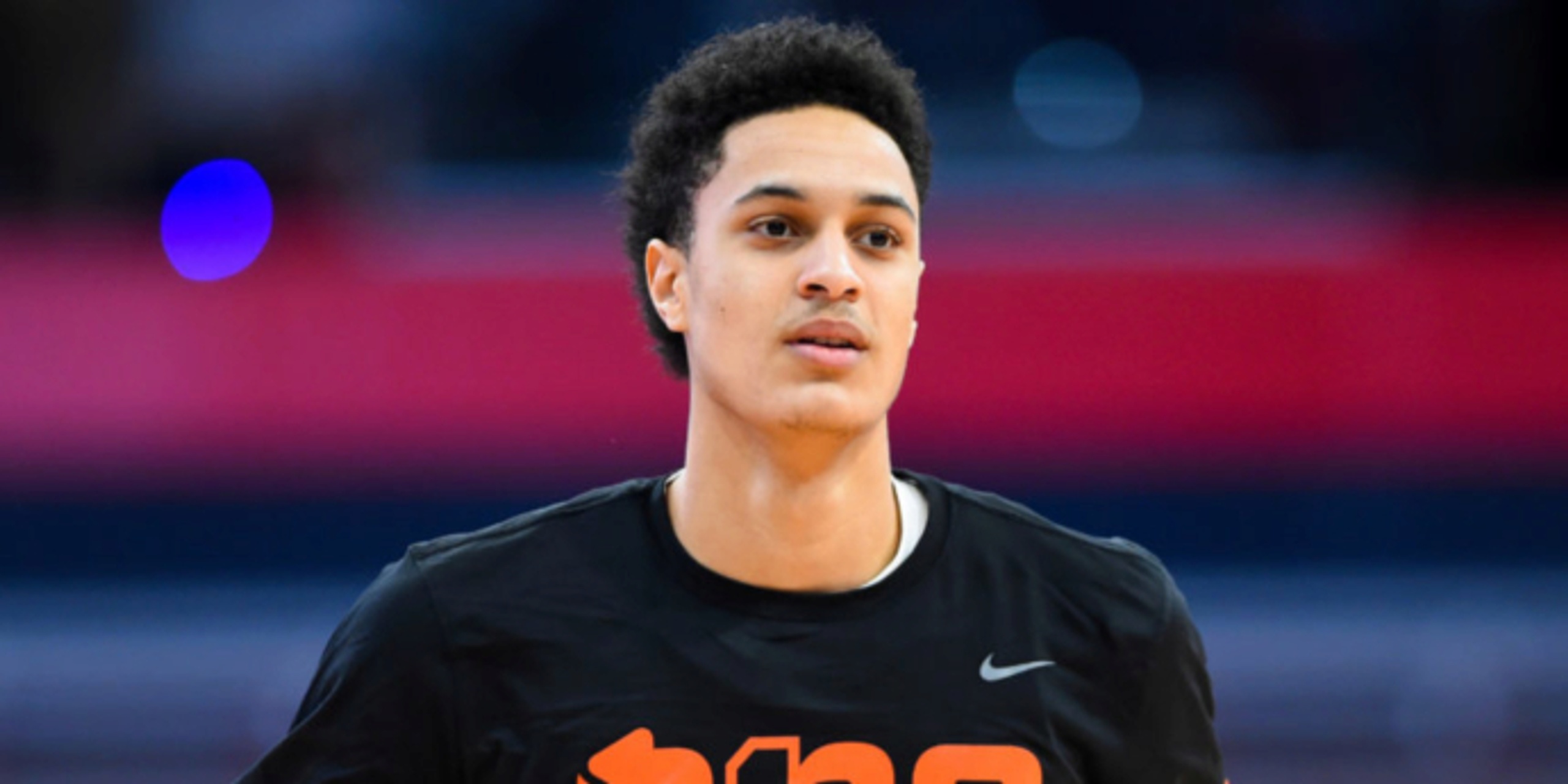 Etan Thomas
Mar 2 2021 6:48PM UTC



Jesse Edwards, Syracuse University's sophomore center, has been relegated to the end of Coach Jim Boeheim’s bench for the majority of the season. Many, including myself, have been screaming from the mountaintops: "FREE JESSE!!!!"
Our main center is injured and we're playing Marek Dolezaj out of position. He's a great player and incredibly important to this team, but is giving up size, strength and height to opposing centers on a nightly basis. For that reason, many Syracuse fans have been puzzled as to why a 6-foot-11 sophomore center like Edwards hasn’t been utilized more. Thus, the chants and hashtags of #FreeJesse.
Despite the pleas from the fan base, every time Coach Boeheim has been asked by reporters why Jesse Edwards isn’t getting a chance, he responds with a litany of excuses: “He’s not strong enough," "He’s too thin," "He doesn’t rebound well enough," "I play the guys who play the best at practice," and his most consistent response, “He’s not ready.”
On many occasions over the past two years, I’ve personally messaged Jesse to offer some encouragement, telling him almost exactly what Syracuse legends Rosevelt Bouie, Coach Louis Orr, and the late Conrad McRae told me my freshman year. I wasn’t playing and Coach Boeheim was similarly telling everyone I wasn’t ready. I told Jesse that his time was going to come to make Coach Boeheim eat his words, to prove to everyone in the country that you have been ready all season and that he should continue to be mature, conduct himself professionally, have a good attitude, and be the ultimate team player.
I also told Jesse to not sulk on the bench and to keep working hard in practice and be ready when his time comes. The worst thing that could happen is for Coach Boeheim to throw him in a game and he doesn't play well -- that would allow him to say to the media "See? That’s why I can’t play him. He’s not ready."
Those were the advices I got from the OGs my freshman year, and now, I've been able to give it right back to Jesse Edwards. It’s an honor to be able to do that.
Then, on Saturday, it happened. Jesse finally got his chance against Georgia Tech.
When Marek Dolajaj got into early foul trouble, Jesse's number was finally called, and he was ready.
He was active, challenged shots, finished inside with dunks, got steals, altered shots and was a difference maker from the time he entered the game. I actually jumped out my seat and dunked right along with Jesse when Kadary Richmond set him up for the finish after a nice drive to the basket. It was kind of like in Rocky V when Rocky was watching Tommy Gun on TV and mirroring the moves of his protoge while punching the punching bag in his living room (I know I’m dating myself with that reference).
But man, I was so happy for Jesse. Did he play perfect? No. Did he make some mistakes? Of course. But did he show the entire basketball world that he was ready and able to contribute? Definitely.
Despite the strong performance, after the game, Coach Boeheim was a little stingy with the praise for Jesse.
“I thought Jesse gave us some good minutes in there," he said. "He rebounded, but he still bobbles a lot of balls, but he got to play... He did a good job in the middle, but obviously there’s balls he has to get to, so those are still some issues out there.”
It wasn't exactly a ringing endorsement from the coach, but, hey, it was kind of a compliment, I guess. You just had to listen really closely, but it was in there... Kind of.
Nonetheless, Jesse Edwards had shown everyone that he was at least ready to contribute. The real test, though, would be Monday’s game against North Carolina, the team with one of the best, if not the best front courts in the ACC with 6-foot-10, 240-pound Armondo Bacot, 6-foot-10, 240-pound Garrison Brooks and 6-foot-11, 265-pound Day’Ron Sharpe.
Lo and behold, Coach Boeheim went to Jesse early, and this was show-and-prove time for the sophomore. This was the moment of truth. It was here where Coach Boeheim would be able to say "I told you so!" if Jesse performed poorly or where Jesse would show the world that the game against Georgia Tech was no fluke.
He didn’t disappoint, more than holding his own about North Carolina's talented bigs. Upon entering the game, he again had an immediate impact -- he fought for rebounds, challenged and altered shots and proved to be exactly what the famous 2-3 zone had been missing: an inside presence.
Although he fouled out in just 24 minutes, Jesse's presence was felt the entire game. He finished with six points and eight rebounds, helping Syracuse to a 72-70 victory. The performance left fans and media wondering what would’ve happened if he'd been playing the entire season. Would Syracuse still be on the bubble? Most experts predicted the team's tournament hopes were flushed down the toilet after the last loss to Georgia Tech. Maybe Jesse could've helped the team prior to that point.
The Post Standard's Donna Diota recognized his contributions to the win after the game, as well:
“Jesse Edwards. The sophomore big man was crucial for Syracuse on Monday against all that UNC size and length. He played 11 first-half minutes before exiting with three fouls. He’s so long in there, he at least has a chance to contest those gigantic UNC guys. And in those 11 minutes, he grabbed five rebounds.
"He was even better in the second half, walling up inside and rebounding the ball -- even going out of his area to track down misses. His play enabled Marek Dolezaj to move to the forward spot and helped the Orange with its backline defensive issues. And he produced some points, too.”

Despite the strong performance, as tweeted by The Athletic's Matthew Guiterrez, Coach Boeheim still doesn't believe Jesse is "ready."

Asked Boeheim if Jesse Edwards was capable of a performance like this earlier in the season when the NCAA tourney hopes were stronger. "What a question, jeez." Boeheim says Jesse still isn't "ready" despite performing well against the best frontcourt in the ACC.

It kind of makes you wonder what Jesse has to do to actually be "ready."

Does he have to be a mixture of Bill Russell, Wilt Chamberlain, and Kareem Abdul Jabbar all rolled into one?

While I will readily admit my Big Man bias, that's not why I believe in Jesse. Syracuse fans and media have all been singing his praises after his performances the last two games. He’s finally been allowed to play and showed what he is capable of.