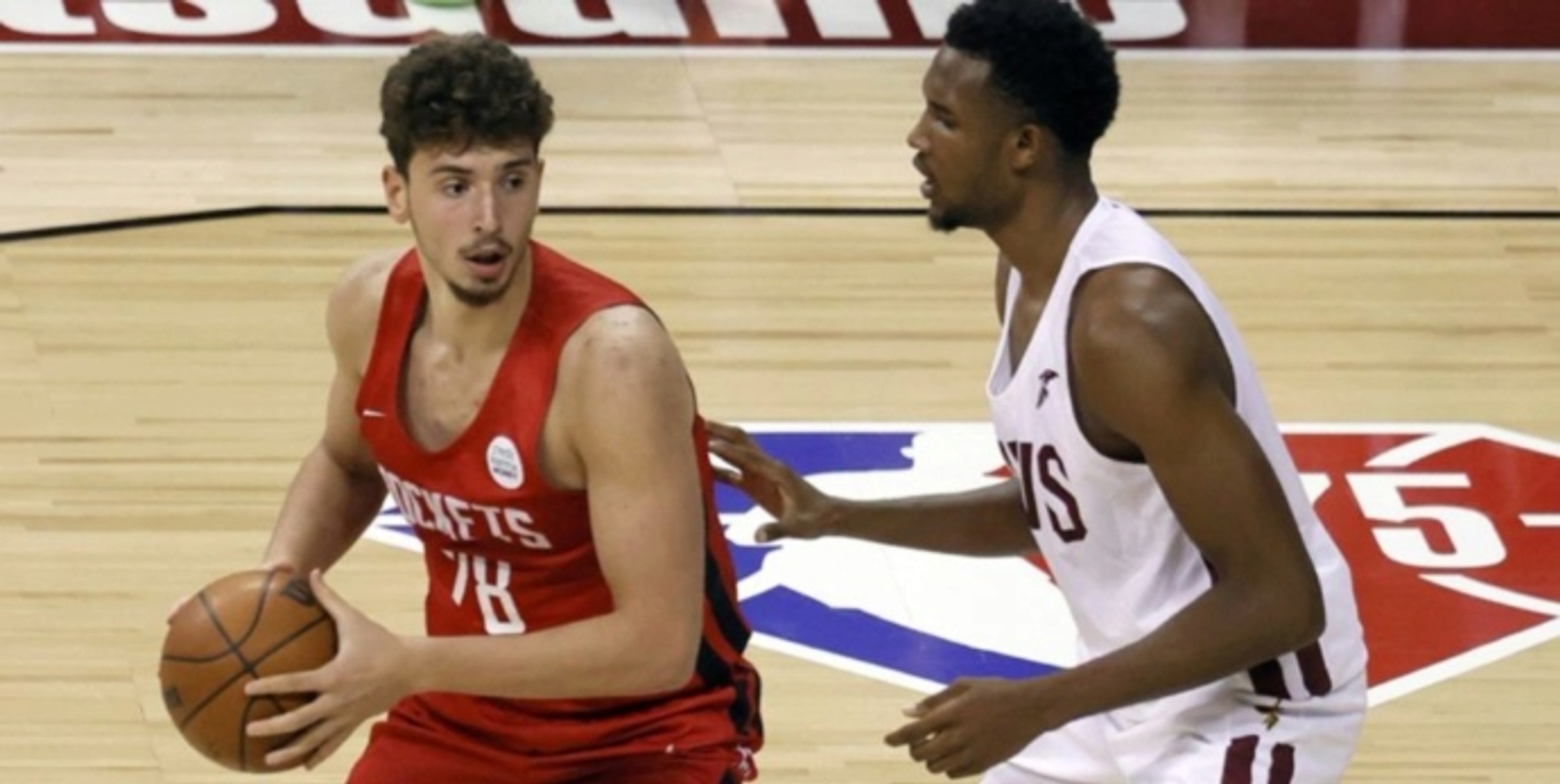 Alperen Sengun is a curveball big-man prospect thrown into today’s modern, pace-and-space version of the NBA. The 6-foot-10, 19-year-old Turkish product doesn’t wow you with high-flying athleticism or sharpshooting ability, but the little things within his repertoire are excellent.

Footwork on par with a dancing bear allows Sengun to deploy surprising pump fakes and spins to open up space around the basket. Above-average vision for a big helps Sengun to find the window to toss a picture-perfect pass with precision. Although he lacks explosive pop, Sengun’s uncanny timing on rebounds allows him to gobble up boards more often than not.

It will be interesting to watch Sengun's development, and whether he's able to reach his full potential. Not many star-caliber players nowadays are non-athletes with a lack of three-level shooting equity. However, with the proper players and staff surrounding him, there’s no reason to believe Sengun couldn’t be the next international big prospect to become a franchise’s offensive hub (cut from a similar cloth as 2020-21 MVP Nikola Jokic, Nikola Vucevic and Domantas Sabonis).

Although Sengun is nowhere close to those players at the moment in terms of NBA readiness, I’m so intrigued to see how the teenage Turkish League MVP can flourish within a wide-open system as a member of the Houston Rockets. By trading two future-first round picks likely to convey in 2023 (via the Wizards) and 2025 (via the Pistons) to acquire Sengun’s draft rights from the Oklahoma City Thunder, it's clear that Houston is high on the big man and sees what he can offer to their rebuild in it’s infancy stage alongside their primary building block in No. 2 overall pick Jalen Green.

“As an 18-year-old, he was the MVP of the Turkish League, which is probably the second-strongest league, or third-[strongest], in the world. You guys can do the research on people who have had that level of success at a high level of pro basketball [at that age]. It’s a short list, and a good one,” Rockets GM Rafael Stone said after the 2021 NBA Draft. “He’s just already accomplished and he’s unique. He doesn’t really play like anybody. He’s a good basketball player, skilled basketball player. He’s not just somebody who does one thing, he does a lot of really interesting things.

"So, yeah, we think he potentially has a chance to be special. We had him as one of the guys in this draft who has the potential to be really, really — how do I say it — he has a higher ceiling than most guys, I think. So, that’s exciting. We were very focused on him. We did not believe that he had a chance of making it to us at 23, so we were really aggressive trying to trade up all through the first round. And then we were able to find a deal at 16 to get him. We’re excited and hopeful for him, just like the other guys.”

Sengun’s production on the international level was very impressive, and it doesn’t hurt that he’s an analytics darling, blowing multiple metrics out of the water in the pre-draft process thanks to his efficient two-way profile. On his way to snagging the Turkish League MVP at age-18, Sengun averaged 24.4 points, 11.9 rebounds, 3.1 assists and 2.1 blocks per 36 minutes for Besiktas Icrypex.

Although the jump from international to NBA competition can be a rough adjustment, Sengun has flashed continuously during NBA Summer League action in Las Vegas. In three games, Sengun’s averages are 16.3 points, 11.0 rebounds, 3.0 assists, 3.0 blocks and 1.3 steals while carrying a 55.0 True Shooting percentage. As he did in Turkey, Sengun has shown off his beautiful finishing ability around the basket, as well as an above-average feel for the game on both ends of the court.

Once the regular season rolls around, Sengun figures to play a 20-25-minute role off the bench for Houston as their third or fourth big behind entrenched frontcourt starters Christian Wood and Daniel Theis. This allows Sengun to have training wheels on at the beginning of his NBA career, which is a smart call and one that should pay huge dividends within a few years.

Down the road, once bloated contracts for John Wall and Eric Gordon are off the Rockets' books after the 2022-23 season, Houston’s young core will be primed to run the team. Green will step into an immediate role as their primary scorer, placing him atop 2021-22 Rookie of the Year odds. However, other pieces to their long-term puzzle like Sengun shouldn’t be too far behind.

Imagining a core spearheaded by Green, Kevin Porter Jr., Sengun, Usman Garuba, Josh Christopher and Jae’Sean Tate is a fun exercise. Although this core might not be the snuggest fit immediately, many of them are moldable balls of clay at this stage of their careers. Sengun is a perfect example of that philosophy.

If Sengun is able to develop a three-point shot, his offensive game will evolve into an even more enticing weapon. In the meantime, his instinctual play led by post scoring, rebounding and rim protection give the Turkish big a high floor.

Green will receive all of the limelight in Houston, but don’t forget about Sengun. There’s a real chance that he'll be an integral piece entering this new era of Rockets basketball.