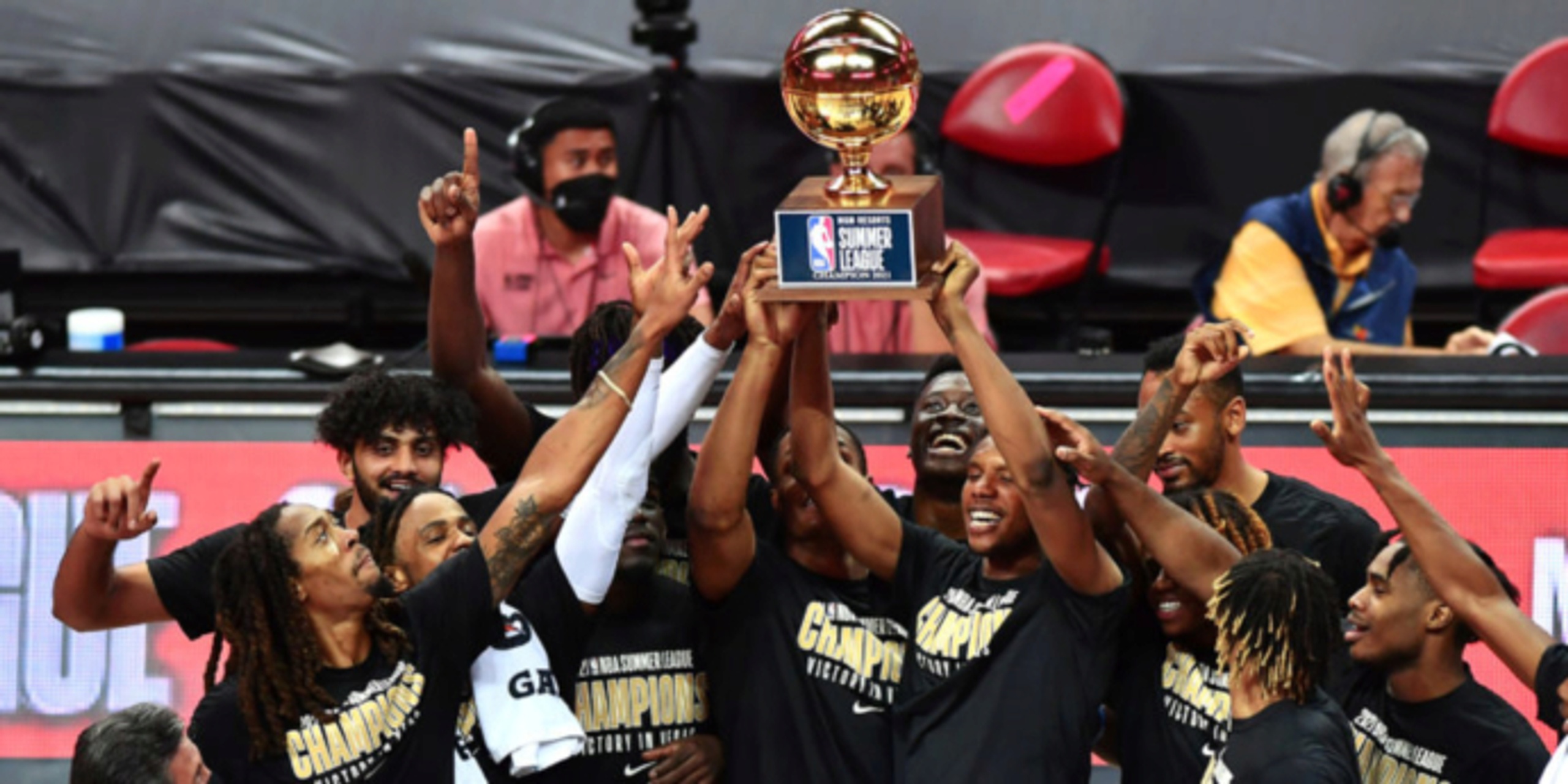 Studs and duds from the final day of NBA Summer League

After 10 grueling days on slippery courts in hot Las Vegas gyms, the NBA crowned a summer league champion. And it was the Sacramento Kings, who went from the worst defense in the Association last season to a stifling unit in a 5-0 summer run.

Does this mean anything about the Kings' outlook for next season? I have no idea. But it was thrilling to watch Davion Mitchell, Louis King and company dismantle the Celtics in a 100-67 rout. Those teams will highlight today's reflection. But there were a number of other squads who played, and a few notables made their final cases for NBA playing time.

Let's get to the last installment of 2021 Studs and Duds from NBA Summer league:

Here were all 9 of the threes that Armoni Brooks hit today for the Rockets as he helped complete the come from behind dub! pic.twitter.com/uuNyGXzhQF

Brooks had the hottest hand in the final day of NBA Summer League. He drained three-pointers from all over the court, including the go-ahead basket with 40.1 seconds remaining. Some of these attempts are deep. Brooks made his NBA debut with Houston last season and quietly averaged 11.2 points per game with a 38.2% three-point clip in 20 games as a rookie. I'll be interested to see if he maintains a place in Houston's rotation this season.

Jaden Springer had what was easily his best offensive performance in Summer League today.

Hit a few mid-range pull-ups, had some solid drives through contact, and showed good awareness and instincts with his interior passing. pic.twitter.com/LdlFh2Z8YY

Springer's strength and flexibility are mind-boggling for an 18-year-old guard. The No. 28 overall pick finally got some self-creation opportunities in Philly's final game, and he capitalized by showing a methodical ability to get to his spots on the court.

Springer exhibited a floater, some mid-range pull-ups, some smart passing decisions and those aforementioned finishes. His bounce is also underrated; look how well he hangs in the air on some of these shots.

The 27-year-old Martin did what an elder statesman of the summer league should do: completely dominate. Martin had his way with Paul Reed, who is no slouch as a strong interior forward, and just frankly outmuscled all opposition in the double-double effort. But he also had a few nice floaters and runners, as well as that lone three-point make. Martin hasn't played in the NBA since 2018-19, but a performance like this is how you set up a comeback effort.

King "kinged" the Kings in the summer league title game and earned the summer equivalent of a Finals MVP for his two-way efforts. The 2019 second-round pick looked fluid and decisive on his perimeter attempts. While he isn't a bulldozer, King also had some nice finishes through contact at the rim.

But I was most impressed by his defensive activity. King jumped passing lanes, kept his hands active even when off the ball, and played stellar team defense. On one possession, he did a great job of contesting without fouling as Aaron Nesmith tried to draw contact on a three-point attempt. The summer in general was a great all-around showcase for King, who evidently deserves an NBA roster spot.

I understand the context of Pritchard's game on Tuesday. He entered the contest having played back-to-back Portland Pro-Am games and a prior summer league matchup. And yes, Pritchard faced Davion Mitchell, arguably the most impressive defensive player this entire summer.

But Pritchard seriously struggled to gain separation from Mitchell and others. He's not an elite athlete and does not have elite guard length, and those two downsides haunted him against the Kings' ball pressure. By the third quarter collapse, Pritchard was resigned to huck up perimeter shots that had little chance of falling. It was a tough end to an otherwise excellent 10 days.

A second catalyst of the Celtics' second-half meltdown was Nesmith, who failed to apply pressure off the dribble as he had in previous games. The second-year wing coughed up six turnovers and missed shots he normally makes. Nesmith was had some pretty miserable defensive possessions, letting his matchup blow by him for layups with little resistance.

Even in the Kings' triumph, Queta stood out in the wrong ways. The seven-foot center missed every shot he took, and quite frankly, a lot of these were open or slightly contested jump hooks and easy at-rim attempts. Queta played just over 14 minutes as Sacramento went smaller to build up the lead. If he is going to be a non-shooter (which he is at this stage), Queta has to finish at the basket, and that did not happen Tuesday night.