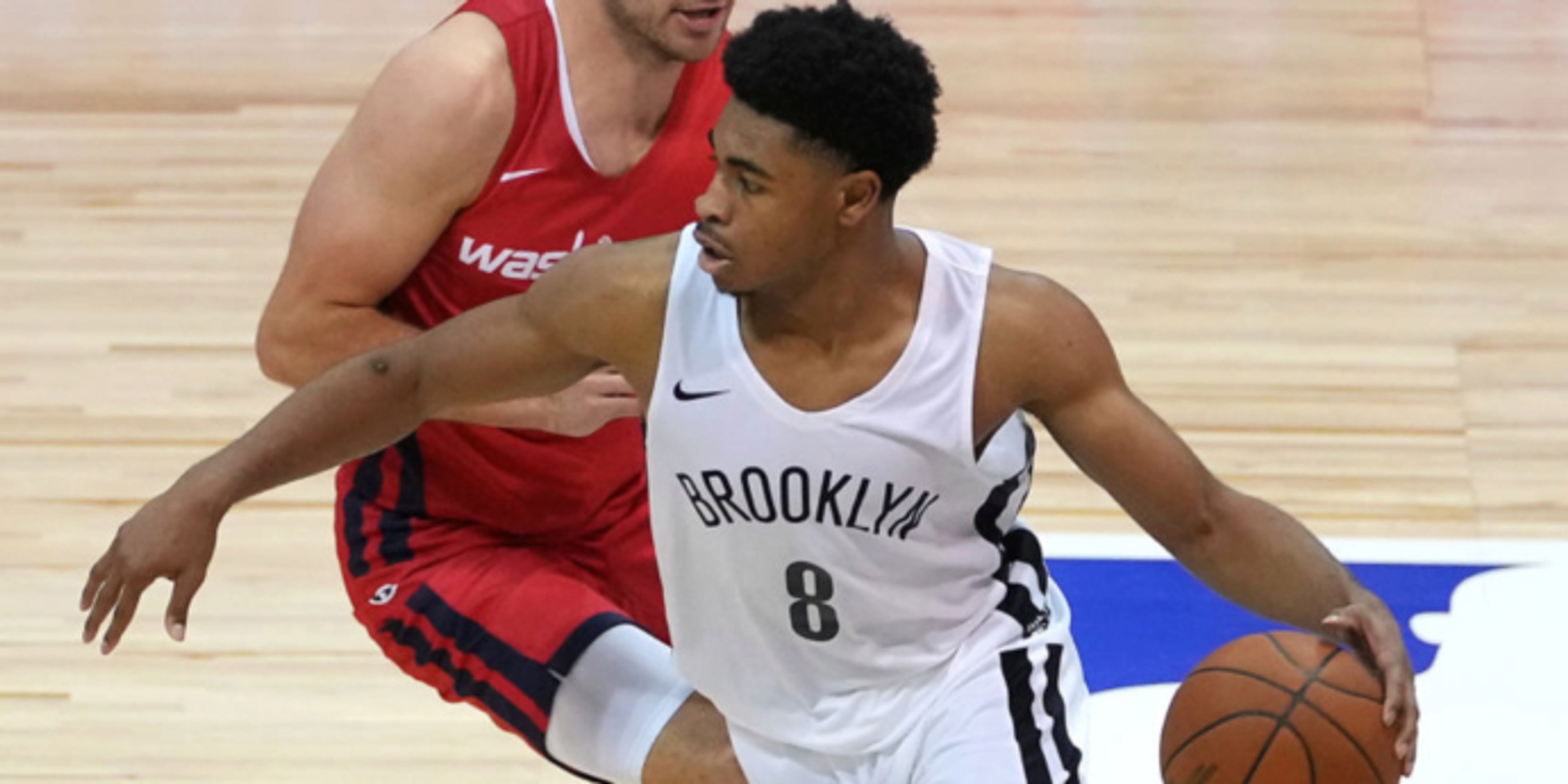 Did the Nets get a late-round draft steal in Cam Thomas?

One of the biggest winners from the 2021 NBA Summer League was Cam Thomas.

After surprisingly slipping in the first round where the Brooklyn Nets ended his fall at No. 27 overall, Thomas put on a show in Las Vegas on his way to winning NBA Summer League Co-MVP alongside No. 9 pick Davion Mitchell of the Sacramento Kings. In four games for the Nets, Thomas averaged 27.0 points, 2.0 assists and 1.3 steals while shooting 36% on three-pointers.

As Thomas proved during his lone collegiate season at LSU — where he averaged 23.0 points on a 55.3% True Shooting percentage — he’s a pure bucket-getter who can take over at a moment's notice. Thomas’ ability to create for himself on all levels of the court drew the Nets to him throughout the pre-draft process.

“Cam, I think he has an elite skill,” Nets general manager Sean Marks said after drafting Thomas. “You watch him play, you watch him find his shot, create his shot that’s at a very, very high level. For him to continue to learn from three of maybe the greatest scorers the league has right now will be great for him. The other part of it is, he’s fearless and he’s not afraid. I think that’s what we’re looking for. We’re looking for guys that are competitive, have that edge to them and a chip on their shoulder.”

Throughout summer league play, Thomas showed off his knack for scoring, joining an incredible tier of players who eventually became NBA superstars. The only players in summer league history to average over 26 points per game over a multi-game span are Donovan Mitchell, Damian Lillard and, now, Thomas. Although it will take time for him to break through a loaded Nets rotation for a big role, Thomas is poised to soak up valuable knowledge from the likes of Kevin Durant, James Harden and Kyrie Irving.

“I’m just trying to learn on the fly,” Thomas said after the Nets’ final game in Las Vegas. “I’m basically like learning on the job really, because we only had three or four practices, two live days going against each other 5-on-5. I’m basically just learning on the job really, and I think I’m doing real well. My progress has been great. I’ve been getting better game to game; getting a better feel for the game, a better feel for the pace.”

A game-tying bucket followed by a one-legged three to win it in sudden-death! pic.twitter.com/8mdLLqD1HY

Looking over the Nets’ roster, Thomas will slide right in alongside veteran free-agent acquisition Patty Mills in the second unit as their primary offensive engines, spelling the dynamic backcourt duo of Irving and Harden. Thomas’ knack for scoring in isolation, around the basket and out-of-structure bode well for him to share the floor with the Nets’ Big Three for some minutes as well.

Turning 20 years old the week before the regular season begins, Thomas' early career flashes should make the Nets giddy about his long-term outlook. If Thomas is able to translate his scoring against regular rotation players throughout an 82-game season, Brooklyn may have just secured a long-term building block to plan down the line for an era not headlined by three of the biggest superstars ever assembled.

Over the next couple of years, Thomas having mentors to rely on like Durant, Harden and Irving is such a valuable resource. Learning tricks of the trade from arguably the greatest three-level scorers in the modern era is such an enticing thought to imagine with Thomas. If Thomas becomes a more consistent three-point shooter who can improve off the catch, while also being able to draw fouls at an above-average rate, he has all the makings of an eventual 20-plus point scorer on a nightly basis.

If the summer league proved anything for Thomas, he might have landed in the absolute perfect situation for him to eventually reach his sky-high ceiling. Already an impressive scorer with multiple tricks up his sleeve, Thomas hit a gold mine in terms of prospect-team fit.

Looking over the Nets’ projected 2021-22 rotation, here’s where Thomas will slot in for potential minutes distribution:

As the fourth guard behind Irving, Harden and Mills, Thomas should see an immediate 15-20 minute role on opening night. And if Thomas exceeds early expectations, his role should only continue to grow throughout the regular season. There will also be nights where Harden and Irving take off to rest for an expected long run in the postseason, so there will be ample opportunities for Thomas to receive starter-like minutes as well.

Thomas’ scoring reminds you of a player shining in New York’s Rucker Park. Landing in the boroughs of Brooklyn, Thomas now becomes one of the most intriguing prospects to follow in 2021-22 and beyond with the Nets.