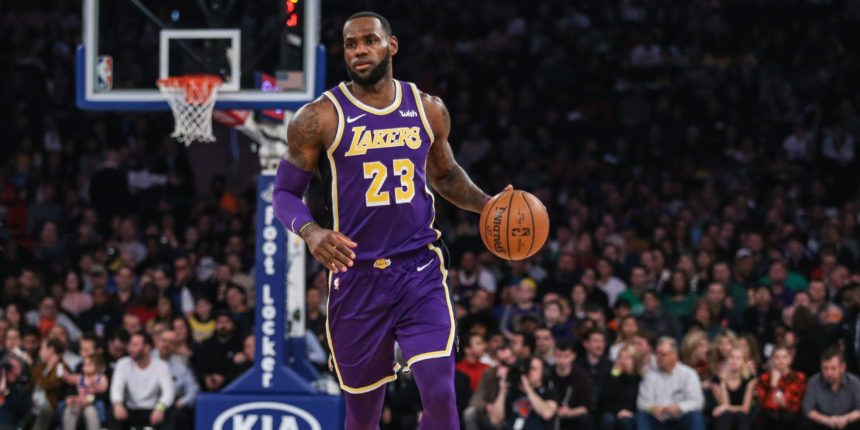 The 2021-22 NBA season is highly anticipated for many reasons, not least of which are the arenas throughout the league welcoming back fans at full capacity.

With mere days left until the start of the '21-22 campaign, StubHub — a U.S.-based ticket exchange and resale company offering tickets to over 10 million live events in more than 40 countries — has released data detailing which NBA teams are generating the most enthusiasm and interest.

As expected, LeBron James and his Los Angeles Lakers are the highest-selling team based on ticket sales as of Oct. 14. It's the third year in a row King James and the LakeShow have reigned supreme.

"Fans are back in NBA arenas, and the excitement is brewing for the 2021-22 season across the league as teams like the Lakers and Nets try to dethrone the Bucks," Akshay Khanna, general manager of StubHub North America, told BasketballNews.com. "New faces such as Russell Westbrook and Carmelo Anthony ensure the Lakers once again take the top spot as the most in-demand team, both at home and on the road."

The team that ranks just behind L.A. resides in New York City. However, it's not the superstar-stacked Brooklyn Nets, despite the fact that they feature Kevin Durant and James Harden, and enter the season as the odds on favorites to take home the Larry O'Brien trophy. The Nets sit at No. 3 on StubHub's list.

Instead, landing in second are the up-and-coming Knicks, whose recent success has reinvigorated their fanbase. The Knickerbockers greatly exceeded expectations last season by finishing fourth in the Eastern Conference and advancing to the playoffs for the first time since 2013. They were then able to build off that momentum by adding four-time All-Star Kemba Walker and shooting guard Evan Fournier in free agency, while bringing back several other important rotation players.

The Boston Celtics and Chicago Bulls, fresh off aggressive and ambitious offseasons, rank fourth and fifth, respectively, among the highest-selling teams in the league. The defending-champion Milwaukee Bucks, led by NBA Finals MVP Giannis Antetokounmpo, come in at No. 10. It's the first time the Bucks have ever landed in StubHub's Top 10.

In terms of individual contests, the Christmas Day matchup between the Lakers and Nets is the single most in-demand ticket of the season.

"Early-season games are most of StubHub's top-sellers so far, but many are circling the Christmas Day game between the Lakers and Nets at Staples Center — a potential Finals matchup that will feature at least four future Hall-of-Famers on the court," said Khanna.

​​The Lakers' season opener vs. Steph Curry's Golden State Warriors on Oct. 19, which will be Russell Westbrook's first regular-season game in purple and gold, is the second-hottest ticket.

Coming in third is the Knicks' home opener next Wednesday at Madison Square Garden when New York hosts the Celtics. It's safe to assume MSG will be rocking that evening.

The Lakers' trips to Boston, Brooklyn, Chicago and New York populate four other spots in the top-10. The only individual game not involving the Lakers, Knicks or Nets to crack the top-10 is the Dallas Mavericks at Boston Celtics contest on March 13, which is the night the C's will raise Kevin Garnett's jersey to the rafters at his retirement ceremony.