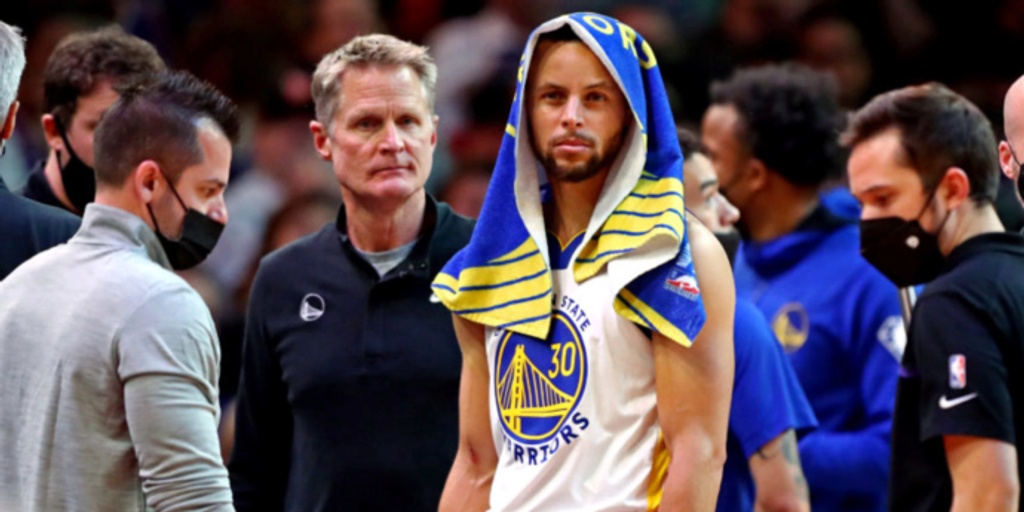 There aren't many players who deserve to be mentioned alongside Michael Jordan. Kobe Bryant is one of the first names that comes to mind, mainly because of their eerily similar style of play. There’s also LeBron James, who many believe is not just the greatest of his era but someone who could snatch the crown from Jordan.

Golden State Warriors head coach Steve Kerr, who played with Jordan on the Chicago Bulls, put his own player in the same sentence as Jordan: Stephen Curry. They are very different in terms of their play-style and they are rarely compared. However, Kerr compared the two because both Curry and Jordan have had so many notable plays that have come to define their respective eras.

Steve Kerr: "I think Steph in a lot of ways is like Michael Jordan because there are so many moments that stand out that they all kind of bleed together. ... Maybe that's the true sign of greatness."

Is Kerr biased? Perhaps. After all, his partnership with Curry produced three titles in five years (and the Warriors are once again the favorites to win it all this season). If everything goes as planned, Kerr might win his fourth title as a coach on top of the five rings he won as a player.

But Kerr’s point has a lot of truth in it. When we think of Curry, images of logo three-pointers, no-look threes, broken records and constant off-ball movement come to mind. NBA teams have been chucking up more and more three-pointers in recent years, and Curry is a huge reason for that shift.

Now, highlight clips are not only filled with dunks, crossovers and acrobatic shots; they are also peppered with long-distance shots. Saying that Curry revolutionized how the game is played today may be an understatement.

Back in the '90s, Jordan had a similar impact throughout his career. When someone brings up MJ, you immediately think of his clutch shots, crazy hang-time, Air Jordans, 50-point games and string of championships. He inspired a generation of hoopers and his fingerprints are still all over the NBA.

Both players are winners who changed how the game is played and turned a ton of people into NBA fans with their incredible plays, so Kerr's comparison makes sense.