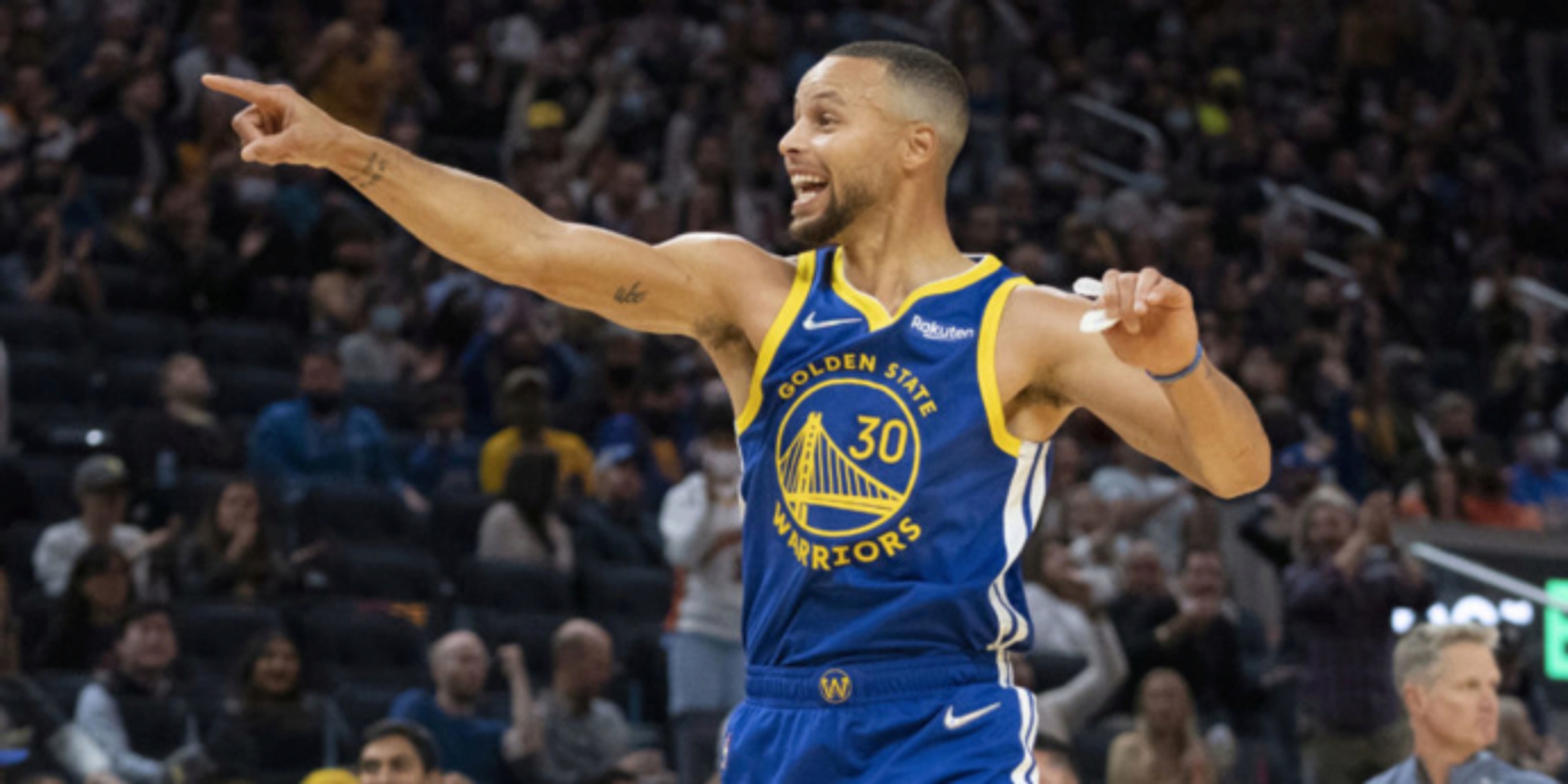 The only thing more incredible than Steph Curry breaking Ray Allen’s record for most career three-pointers made is how quickly he accomplished the feat.

On Friday night, Curry made nine three-pointers in the Warriors’ 119-93 win over the visiting Chicago Bulls, surpassing Jesus Shuttlesworth as the league’s top all-time marksman. Curry recorded his record-breaking triple with 10:44 remaining in the game’s second quarter, and he finished the game with 3,366 drilled regular-season and playoff three-pointers in his career, surpassing Allen’s previous record of 3,358.

As LeBron James continues to run down Kareem Abdul-Jabbar’s all-time record for most career points, we can only look back at the production of some of the game’s former giants and marvel at their accomplishments.

The fact that Wilt Chamberlain was able to score 100 points in a single game, to this day, still seems outrageous. Kobe Bryant scored 81, of course, but that took 42 minutes, 46 shots, 20 free throws and astronomical usage. He still wasn’t really able to come that close to 100, which makes Wilt’s accomplishment all the more amazing.

For what it’s worth, Wilt — who didn’t have the benefit of any three-point shots — took 62 field goal attempts and made 28 free throws, so he wasn’t exactly a stranger to high-usage rates, either.

We look back at Michael Jordan and the fact that he was able to go 6-0 in the Finals and say, “Wow! Will anyone ever be able to do that again?”

MJ's six championships (and six Finals MVPs) were truly legendary, as was the fact that he was able to complete two separate three-peats. A three-peat is pretty difficult to accomplish, and when you consider that no team since Shaq and Kobe’s Lakers was able to win three straight, that says a lot.

Aside from Jordan’s Bulls, you’d have to go back to the 1960s to find a team that won three straight titles, though there was no shortage of teams that were able to win back-to-back. The third time — which was obviously elusive in this case — from a historical standpoint, is truly the charm.

So here’s some perspective: although we are firmly fixated on LeBron’s quest to become the league’s all-time scorer, we have to consider that he sits third on the all-time list, not second. His 35,516 points trail Karl Malone’s career total of 36,928 by a healthy margin of 1,412.

Although it seems to be a foregone conclusion that LeBron will pass Malone, every missed game increases the possibility that the accomplishment will have to wait until next season. If, however, he’s able to average 24 points per game moving forward, he’d need 59 games to surpass The Mailman. It’s certainly within the realm of possibility to happen this season, and almost certainly next.

Kareem on the other hand? That’s a whole different ballgame.

LeBron currently trails Kareem by 2,871 points. Assuming the same 24 point-per-game scoring clip, he’s 120 games away. There’s no guarantee he’ll get there, but if he’s able to stay relatively healthy — considering his high-level of play — you’ve got to like his chances.

So what does all this have to do with Curry?

It feels like LeBron has been great since forever, and he’s been a 20-point per-game scorer for the entirety of his career. He’s nearly there, but even after all these years, he still has pretty far to go before he surpasses Kareem.

A simple analysis of the numbers gives you a newfound respect for how great (and healthy) Kareem was, and where LeBron fits in his own right.

In the future, history will look at Curry and marvel at his career three-pointers-made mark much in the same way we look at Wilt’s 100 points or Kareem’s all-time mark (or, by then, LeBron’s all-time mark).

Ray Allen made 2.3 threes per contest. To this point, Curry has averaged 3.7 treys a night. Said differently, he’s obliterated Allen’s pace, making 60% more threes than Allen on a per-game basis.

Although Curry has had his share of injuries, he’s had five full regular seasons in which he’s made more than 5 three-pointers per game. This season would be his sixth.

We obviously have no idea when it will end for Curry and how long he can continue at his current level of productivity, but if he is able to play anywhere near his current level — and is able to play at least 75% of his games for another three or four years — it’s very possible that he could make another 1,000 three-pointers. Counting eggs before they hatch is never a good idea, but the true amazement in Curry’s journey is not only about how far he’s come, but how quickly he’s gotten to this point.

Years from now, we’ll be trying to explain to our children and grandchildren how Steph was able to do it. A truly revolutionary player, he’s expanded everyone’s imaginations. His peers, desperately trying to emulate him, are pulling up from the center circle.

He’s single-handedly birthed an entire generation of players who rather drill stepbacks than pull off windmill dunks.

Imagine one of today’s players scoring 48 points per game over the course of his career, or another beating Kareem’s career mark in 12 seasons. That’s the equivalent of what Steph Curry accomplished on Friday night.

Even more incredible, is how much further he has to go.