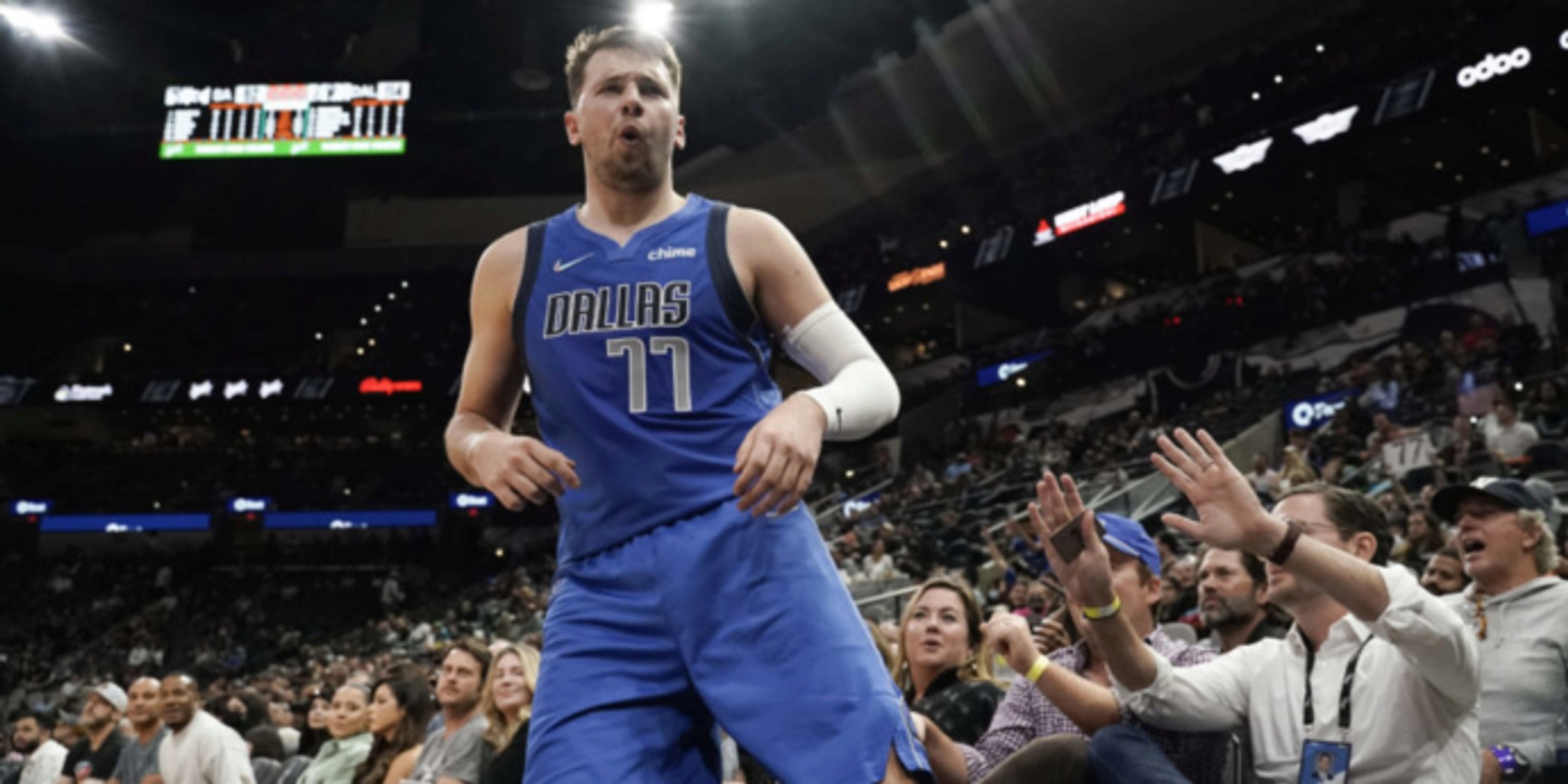 The Dallas Mavericks-San Antonio Spurs matchup may not be the clash it once was during the Dirk Nowitzki and Tim Duncan era, but it’s still a great game every time it happens. Friday night, the Mavs won 123-109. The game was basically over in the third quarter, but it was yet another historic night thanks to Luka Dončić.

Luka finished the game with 32 points, 15 assists and 12 rebounds. It was a very efficient night, as he shot 11-for-23 from the field and 6-for-13 from behind the arc. Add to that two steals and only two turnovers, and you have yourself one heck of a performance.

But to make it historic, with this game, Dončić passed Magic Johnson and Larry Bird on the NBA’s 30-point triple-double list with his 18th.

To remind you, these are numbers MJ, Bird and Magic accumulated through their entire careers. Dončić is 22 years old, playing in his fourth season in the Association. Even with the fact that the game has changed and the rules are different, this is still a spectacular achievement. And in addition with this performance, Luka took one step closer to the top of another exclusive list.

Luka Dončić has joined Oscar Robertson as the only players in @NBA history to record 6+ career games of 30+ points, 12+ rebounds and 15+ assists.

StatMuse and Mavs PR also pointed out that this is his seventh 30/10/15 game, joining Russell Westbrook as the only two guys in the last 40 years with such a feat (and you can expand that to entire NBA history if you include Magic Johnson).

Great news for the Mavs

Luka’s historic performance was the second-best thing that happened in Friday night’s game; he wasn’t the only guy with 32 points. Kristaps Porzingis showed up big time for the first time this season, showing glimpses of what everyone hopes becomes a constant level from the Latvian. He had 32 points, 7 rebounds and 3 blocks, shooting 12-for-22 from the field and 3-for-9 from behind the arc in 34 minutes.

If Porzingis can remain anywhere close to this and just be a consistent 20/10 guy, with a few blocks per game, the Mavs are suddenly looking very competitive in the Western Conference. Luka is seemingly getting into game shape during the season, Porzingis is yet to find his stride an Jason Kidd is still experimenting with the system and lineups. But despite all of that, the Mavs are No. 4 in the West with an 8-4 record, which should give Dallas fans a lot of optimism.