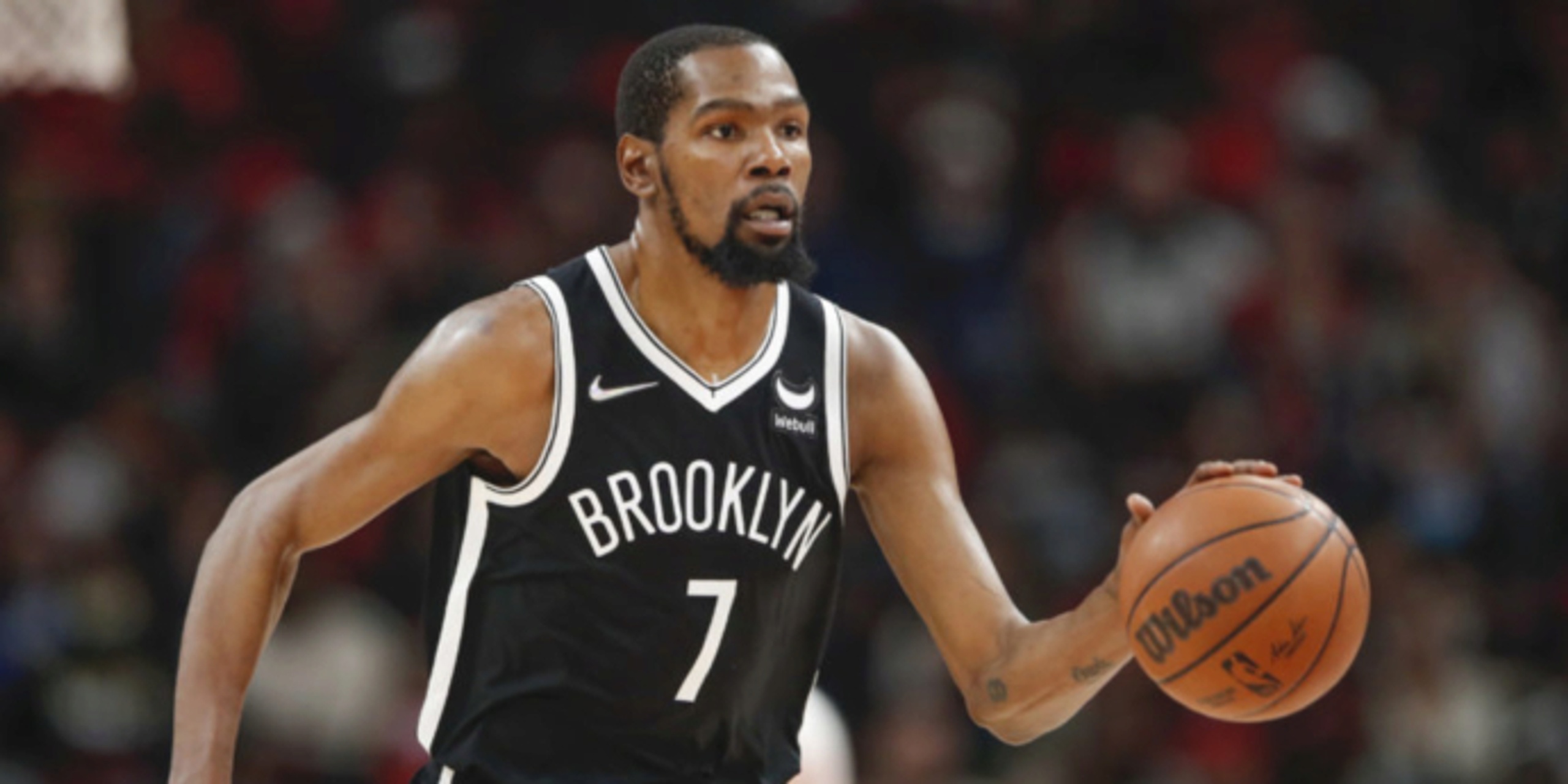 Stats Notebook: Kevin Durant on pace for his best offensive year ever

LeBron James and Chris Paul represent the faces of the fight against Father Time in today's NBA. Kevin Durant deserves more praise for his Luke Skywalker-esque brush-off of aging and injury.

Durant, now 33, should be beginning the conventional decline of his professional career. Except he isn't. The Brooklyn Nets star returned last season after tearing his Achilles, one of basketball's most devastating injuries, and came two inches shy of a conference finals appearance in a thrilling playoff series against the Milwaukee Bucks.

This season, one of the sport's greatest players ever is somehow at his peak on a Nets team that has won six of its last seven contests. Durant has been an impossible matchup on a scale that might even surpass his 2013-14 MVP campaign. He's on pace (small sample size alert!) to have the best offensive season of his life.

According to Cleaning the Glass, Durant is averaging a ridiculous 136.2 points per 100 shot attempts, which is a career-best for him and in the 97th percentile league-wide for his positional group. That number pops further when you realize he's currently shooting threes at the second-lowest frequency of his career (24%).

We have to get into these shooting numbers to grasp how elite Durant is, so let's start with various shot distances, per Basketball Reference:

Among 99 players with at least 30 pull-up shot attempts this season, per NBA Stats), Durant's Effective Field Goal percentage (eFG%) of 59.8% is third behind Darius Garland and Seth Curry, and once again, on pace to be a career-high. It should be noted, however, that Durant's 130 pull-up attempts are more than those two have combined.

His mid-range game is killer: Durant's 63.5% clip from NBA Stats' mid-range zone ranks second among all players with at least 20 attempts, behind only his Nets teammate LaMarcus Aldridge.

Twenty players have logged at least 30 isolation possesions this season, per NBA Stats (it should be noted that the league's playtype data is inconsistent). Durant is second behind only Ja Morant in points per possession at 1.19, and he has doubled Morant's workload in this playtype.

Then there's the passing. Durant is averaging 5.0 assists per game, which is pretty standard for him in recent years. But his assist percentage (27.5%) is a career best, as is his assist-to-usage rate, according to Cleaning the Glass. This isn't an offensive stat, but Durant is even grabbing a career-high 8.5 rebounds per game.

Of course, KD also leads the league with 29.5 points per game despite not topping eight three-point attempts in a single contest. His season-low in a game is 22 points. Most recently, he made 11 of 12 shots en route to 30 points in a win over the Magic.

His Instagram handle, @easymoneysniper, is a pretty apt descriptor.

26% of his shot attempts came from within three feet of the basket and only 7.2% were between ten feet and the three-point line.

This year, 9% of his shots come within three feet and 33.1% from ten feet to the long line.