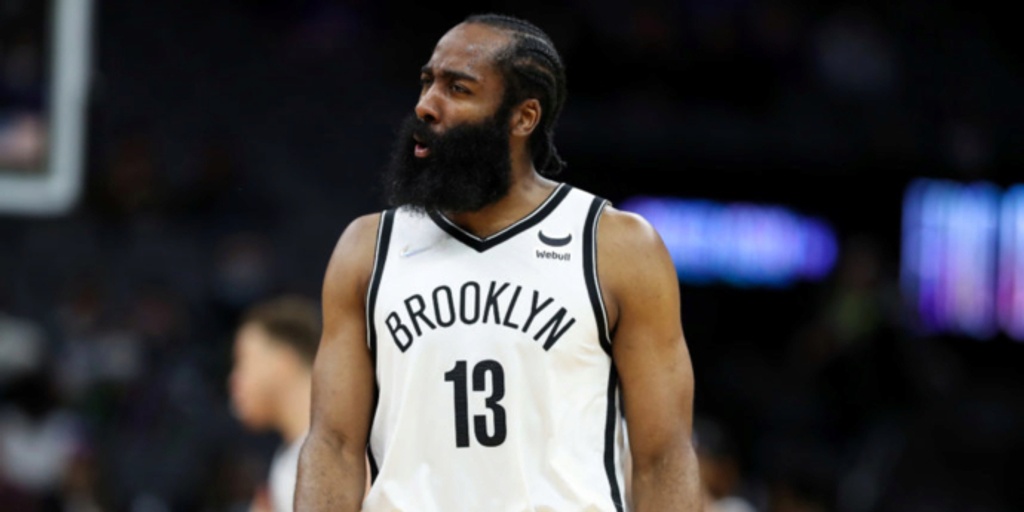 With the NBA trade deadline just days away on Feb. 10, the 76ers are expected to pursue Harden in the coming days and the Nets are believed to be open to discussing a deal, sources with knowledge of the situation tell The Athletic. There’s expectation that both the 76ers and Nets will engage in dialogue on a deal around Ben Simmons for James Harden, multiple sources say, with Philadelphia holding a chest of role players in Seth Curry, Tyrese Maxey and Matisse Thybulle that could sweeten a potential package.

ANALYSIS: This would be a massive blockbuster after initial reports suggested any discussion between the two sides would have to wait until the offseason. According to Charania, there have been "growing concerns" over Harden's ball-dominant play style and the fit next to Kyrie Irving and Kevin Durant.

Charania also reports that the Sixers have discussed a trade that would send Simmons to the Hawks for a package including John Collins, Bogdan Bogdanovic and draft compensation. The Timberwolves also remain in talks while the Kings have reportedly moved on.